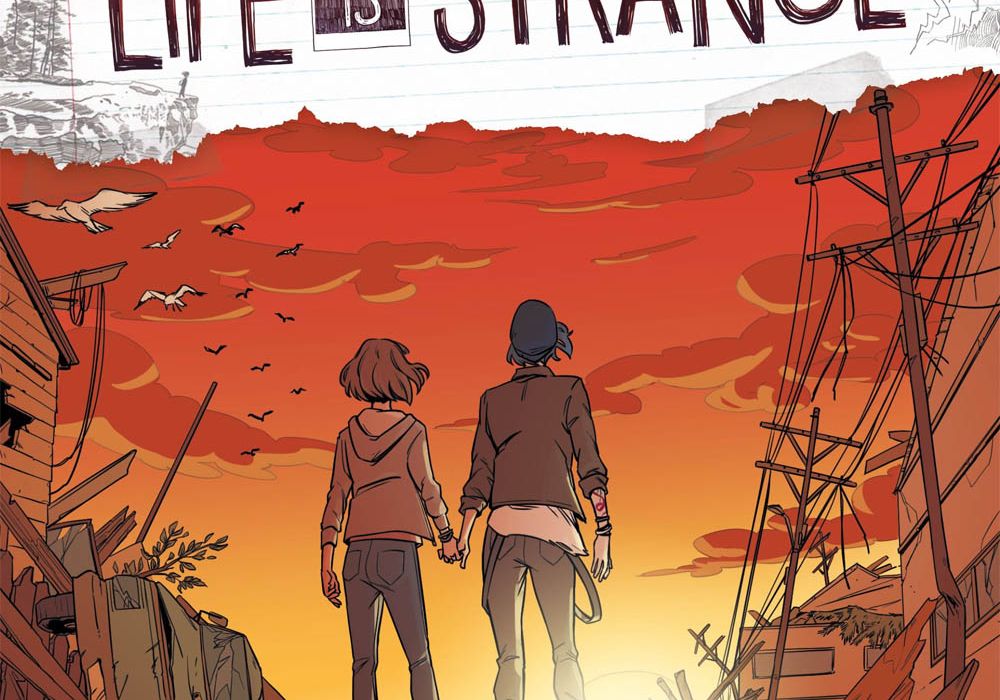 When assessing the quality of a comic book adaptation, it’s important to think about the audience and the intent. Sometimes, that’s pretty hard to puzzle out. Not so with “Life Is Strange” #1 from Titan Comics. The audience are fans of the first season of the singular and strange Square Enix game. The goal is to give them the feels. In that, “Life Is Strange” is a titanic success. 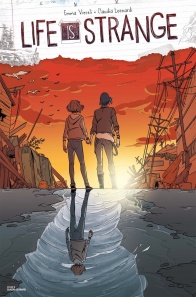 Cover by Claudia Leonardi
Written by Emma Vieceli
Illustrated by Claudia Leonardi
Colored by Andrea Izzo
Lettered by Richard Starkings and Comicraft’s Jimmy Betancourt
The sequel story fans thought they would never see!
This all-new emotional rollercoaster stars fan-favorites Max and Chloe, and picks up after the critically-acclaimed game! Torn between universes, can a splintered Max reckon with the sins of Arcadia past… and is there any future for Max and Chloe when time itself is against them?

Set after the events of Life Is Strange season one (so expect full game spoilers here), “Life Is Strange” #1 picks up with Max and Chloe a year after a hurricane decimated the town of Arcadia Bay. “Wait,” I can hear you asking me, “Max and Chloe? So the comic is deciding to make one of the game’s two endings canon? Wowser that’s whack.” Well, slow your roll buddy. This comic is much too clever to fall into that trap.

The comic takes place in Seattle. Chloe and Max live together, and are doing work for a charming, ethnically diverse punk band. That can’t be very lucrative. But Max can afford expensive private schools, so let’s just say they’re independently wealthy. Max is trying her hand at being a professional photographer. Chloe is an artist/designer/marketer/vandal. They’re both dealing with their trauma from the end of the game; they fail and succeed in equal measures.

But something strange is happening (naturally). Max is getting nosebleeds, and finding herself in a world where her new friends don’t even know Chloe. Because something is wrong, and Super Max is finding herself existing in two separate timelines! Bum Bum BUM! It’s a great idea that cleverly incorporates the concept of player choice into the new medium, avoiding a shortcoming of many video game sequels in a way that only Life Is Strange can do. It’s hella the biz shaka brah.

That’s the other thing “Life Is Strange” nails. I cannot believe how on point Emma Vieceli’s dialogue is. Some people have (wrongly) criticized Life Is Strange for having bad writing. Pff. Life Is Strange has amazing writing. Is it realistic? Hell no. Joss Whedon isn’t realistic either, and people bend over backwards to compliment him. It’s earnest, memorable, and quotable like few other things are. But it seemed so much a product of its development process. Chloe and Max’s patois was the result of a writing team of French adult men trying to impersonate American teenage girls circa 2014. They come across sounding more like Homestar Runner than human beings. But Vieceli finds the sweet spot and rocks it. “Maximus, these look hella amazing!” Chloe says when she sees Max’s new photos. “Someone’s getting their mojo back.” Fabulous nonsense. (Though not even one singular wowser).

More then an impersonation of the games, Vieceli really gets the subtle nuance of the characters. I was especially moved by Max’s endlessly aggressive affirmations. Her response to a friend’s compliment: “You guys are cool with or without my photos. Thanks for letting me take them.” I’d tell her to dial it back, but then she wouldn’t be Max.

The issue’s art team has a more daunting goal. Claudia Leonardi draws great art, but it doesn’t capture the feel of the game in the same way. That’s not a bad thing- I wouldn’t want blocky polygons in place of the defined cartoon people Leonardi gives us. I especially appreciate the way she captures age. Both Max and Chloe look very young, but in different ways. Chloe’s projected world weariness and Max’s desperate maturity both succeed in making them look like teens. And really, that’s what “Life Is Strange” is all about.

The creative team also does a great job at letting each other speak. One moment in particular reassured me that Vieceli and Leonardi were the real deal. Chloe helps Max out of a diner booth so they can head off to the bathroom together (“M’lady grace,” Chloe says). Then there’s a silent panel of all their friends staring after them. The silence speaks volumes. There’s jealousy, disappointment, excitement, and condescending concern. This is a group of people who desperately want Chloe and Max to kiss already… but understand that their relationship is deeper and more beautiful and more confusing then our pedestrian labels. In other words, they are the fans of the series, and Vieceli steps back to let Leonardi capture that yearning.

That’s the success of the game, and that’s the success of the comic. Deep emotions. Some of the most memorable scenes in Life Is Strange were the quiet moments of deep love. Exploring Chloe’s bedroom. The late night pool party. Lunch at the diner. A sleepover. Fans of the game will be absolutely thrilled with “Life Is Strange” #1. It continues the story, which is indeed strange, but more than anything else it captures the beautiful spirit of the game.

Final Verdict: 8.5 – What’s really strange are the hella feels you will get reading this. Wowser. I’m not crying, you’re crying. (Max + Chloe 4eva!)