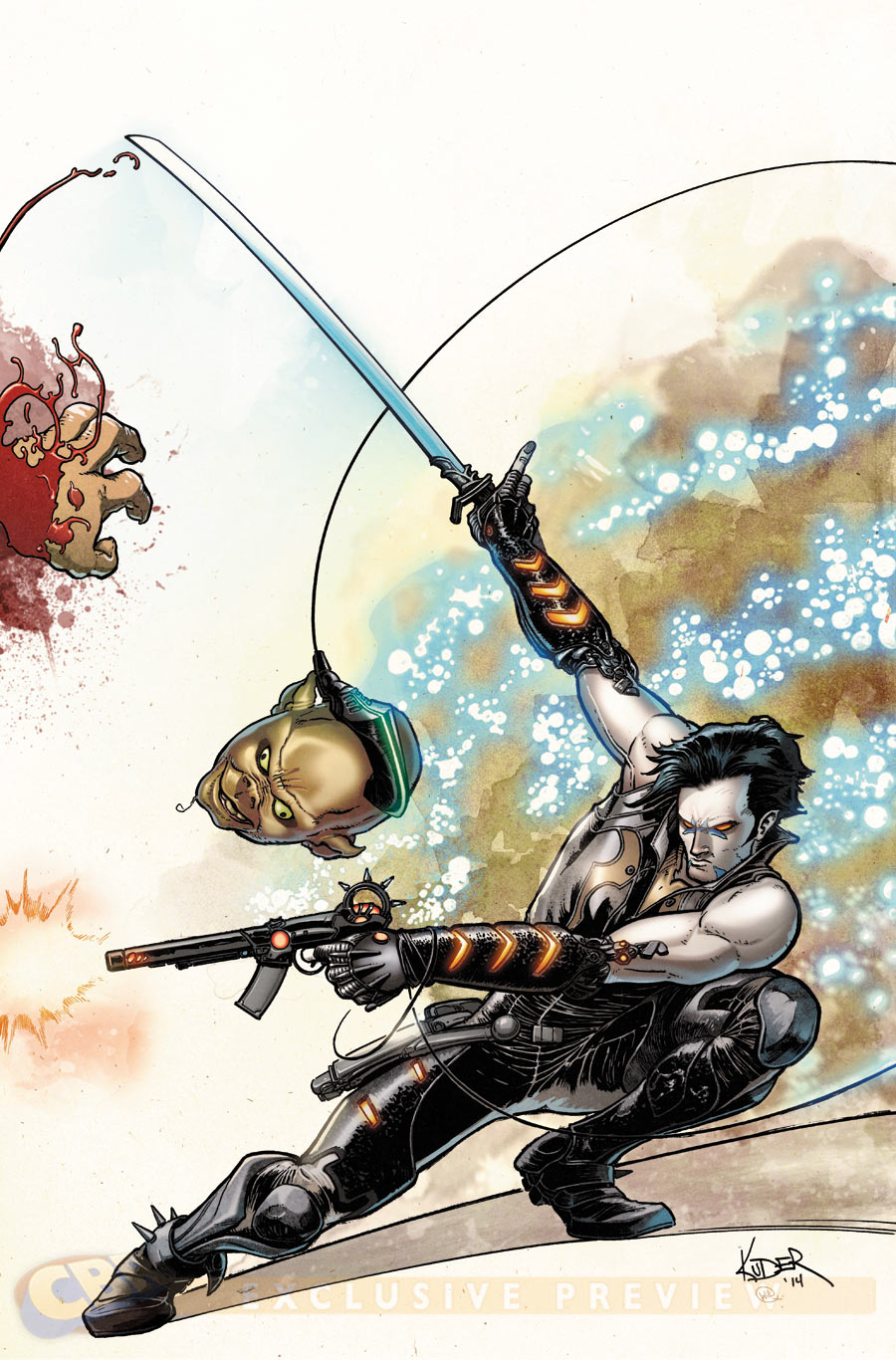 DC is trying to have its cake and eat it, too, by having a book called “Lobo” that isn’t anything like what the old “Lobo” series was like. The question is: is this book any good? 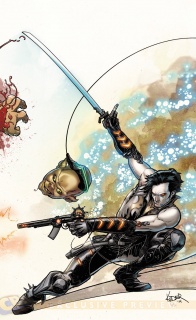 Written by Cullen Bunn
Illustrated by Reilly Brown
The all-new Lobo brings the ultraviolence to his new ongoing series! If the first few blood-soaked pages of this issue don’t shock you – nothing will!

This “all-new” Lobo made his first appearance last year, during “Villains Month,” DC’s September event. And while there was a lot of consternation around the fact that there was a new Lobo, especially as the “old” Lobo had been seen in the New 52 as well, the issue was actually a lot of fun. So, when this series got announced – and announced with a top-rate creative team – people were cautiously optimistic.

I’m sorry to say that their caution was more warranted than their optimism. This book is a bit of a mess down to its very core and, despite the best efforts from Bunn and Brown, looks like it is destined for a short life.

The elephant in the room is wielding a giant sword and calling us all bastiches – this is nothing like the classic Lobo stories from the 90s. Now, I am not advocating for simply remaking old stories, but this is a book called “Lobo.” Presumably, DC is banking on people buying this book because they have an affinity for that character and the type of stories that featured him. If that is the case, they should have made at least a cursory effort to make this feel like a Lobo comic. But, you see, because they debuted this new Lobo last year, they are really trying to make this one work – and I get that. But why create a new Lobo at all, if you’re not going to make him anything like the old Lobo? This is like creating a new Batman, but he’s not anything like the Batman you remember, and then we put him in a book called “Batman.” Even if this was the second coming of “All-Star Superman,” it is still a really poor business decision to confuse recognition and long-term buying potential.

Let’s say this gambit works for the first issue – all DC fans, aged 25-42, who would have been in the prime Lobo demographic back in the day, pick up this issue. What they find is an attempt to make the character a sympathetic anti-hero, minus the humor. They are unlikely to pick up #2. On the other hand, if a new fan sees the book on the shelves, they may associate the name Lobo with “that Wolverine knock off from the 90s” and avoid the book because of the name – they’d have been better served if the book was called “Dewey,” and was about Dewey the Bounty Hunter. DC attempts to court both audiences here, but it seems likely that they will, essentially, get neither.

Bunn’s script is pretty standard Bunn work-for-hire fare – lots of voice-over narration, lots of humanity applied to previously despicable characters, and a few nice action sequences. The first few pages attempt to lure in the old-school Lobo fans, but he quickly dispatches them back to the land of holofoil. It is hard to really fault Bunn here, though, as he is doing the best he can with a thankless assignment. This is the first #1 in a long time that feels like such a creation of editorial mandates – this is, almost down to a tee, the methodology given to all the “Villains Month” stories: introductory sequence of character killing, sympathetic backstory, more killing. This is slightly off from there, only because the origin is wrapped in a dream sequence, but this whole section is indicative of the worst parts of the New 52, where everyone has to have a sympathetic backstory, but no one acts sympathetic in their day to day actions.

It is in that dream sequence that Brown shines the brightest, as he gets to show off a few different artistic approaches, and takes the story from idyllic to nightmarish quite quickly. Credit needs to also go to inker Nelson DeCastro and colorist Pete Pantazis, who elevate that sequence to the highlight of the issue. Brown also designs some fun looking aliens throughout the issue – in fact, the aliens’ appearances are the the most 90’s “Lobo” device in the issue, and they pop nicely off of the page.

And that is part of the disappointment here – I am not a huge Lobo fan, but the parts of the issue that harken back to that time in comics are the times that got me smiling and really enjoying the book. Instead of doing a book that feels retro, instead, there is a book that feels like nothing at all. It isn’t quite modern, it isn’t quite retro, it isn’t quite good, and it isn’t quite bad. This is the definition of mediocrity in 2014, and it becomes instantly forgettable. Aside from the first few pages, I had completely forgotten this issue just minutes after I read it. To review it, I had to re-read it four times just to make sure I had everything committed to memory. This is barely anything at all, and everyone involved, from the creators to the characters to the fans of the original series, deserves more.

Final Verdict: 4.6 – A celebration of indecision