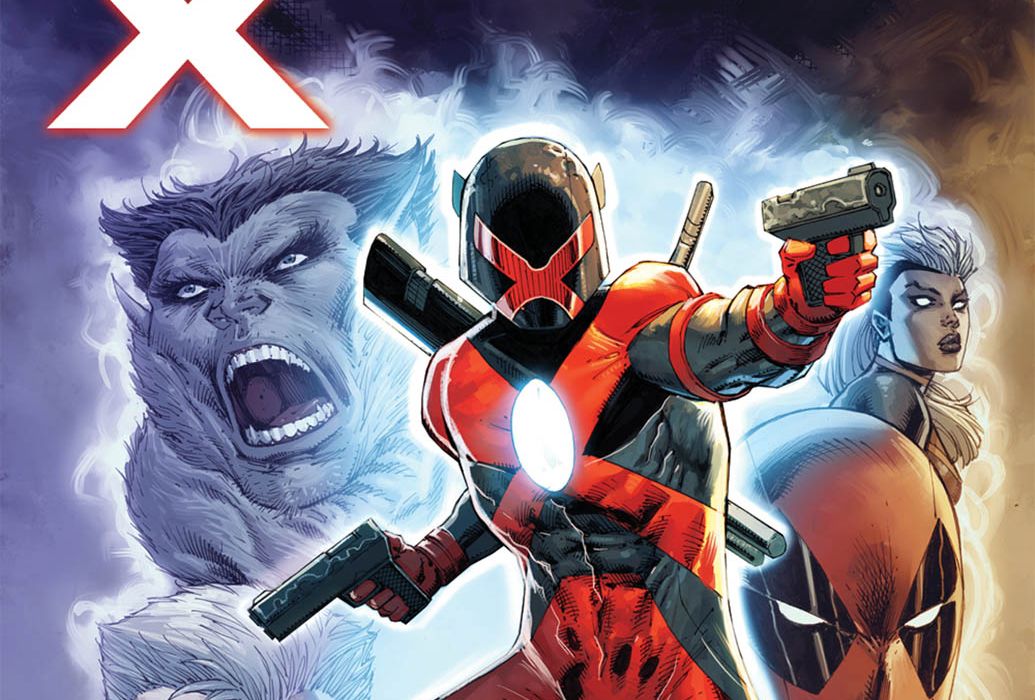 Saying the name Rob Liefeld amongst the comics crowd will garner something of a mixed reaction. You’ll get the usual boos, the people that call him out for his anatomical incorrectness and all the nineties tropes he embellished. On the other hand, you’ll get the people that grew up on his work, those who thrived on sheer nineties energy and appreciated the style and pacing he brought to comics. Now he’s back, creating his first new character for Marvel in a long time. The question is – does “Major X” have the staying power that household names like Deadpool and Cable do? 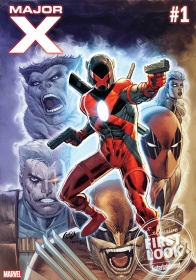 WHO IS MAJOR X? A mysterious new player enters the Marvel Universe and the X-Men are in his crosshairs! What is his mission and how can the man known as Cable hope to stop him? Writer/artist Rob Liefeld introduces a new wrinkle in the saga of Marvel’s Mightiest Mutants!

The comic opens sticking to what Rob Liefeld does best in Marvel – writing in the context of the 1990s. You see, when Major X arrives, it is precisely at the time just before Deadpool’s first on-page appearance, adding a whole other level to retconning in Marvel. This is possibly the most interesting part of the series’ promise, that we will get to see Earth 616 essentially rewritten from this point with Major X now existing within it.

Liefeld at first makes Major X feel like a compelling character. We get some interior monologue from the character throughout, making Major X seem like much more of a decent guy than his outward appearance and attitude might convey. He bears a lot of respect in this monologue for the characters that he seems to be so aggressive towards. When he refers to Cable as he who “SAVED SO MANY WHO WERE LOST.”, we see him actually pressing his boot onto Cable’s pain-stricken visage. However, when we jump back to Major X residing in his home universe, the fantastically-named X-Istence, we see much more of this tragic persona come forward. Rather than a heartless mercenary, he seems more like the reluctant soldier questioning the motives of his commander in this scenario. This version is much more compelling, and Liefeld seems to get that as he makes it more dominant over time, but it’s never consistent enough to feel like the true nature of the character.

What I will give Liefeld a lot of props for is that he clearly has a lot of fun playing with characters he’s used to, and silly concepts that work within his wheelhouse. Liefeld’s version of Cable here is very much the essentialized version of the character. This is very much Nathan Summers as a shoot first, ask questions later type of person. He refuses to answer Major X’s questions, instead choosing to count down from five and threaten to beat him up, and constantly reminds the readers of how little time he has for any of this nonsense. There are also some super fun concepts in here. A version of Deadpool from X-Istence pops up at one stage, delightfully called Dreadpool. He’s almost what would have happened if Liefeld’s original vision for the character had continued without intervention, feeling more militant with shoulder pads et al. Other little details are fun nods to alternate continuity, like that Major X’s sword is forged from the bones of a deceased Wolverine, giving plans plenty to speculate about the nature of X-Istence.

Now to the divisive stuff. Liefeld’s art here still has a lot of energy, as the very opening pages crackle with the stuff. The action here is very reminiscent not only of the nineties work but of the very hands-on, dirty action of silver age Marvel work. The way that Cable brawls with his fists against Major X, when the X-Istence Beast (strangely named M’Koy) leaps at Cable with claws flared, and Dreadpool stands with his hands flared like a wrestler feels very evocative of this era. However, this weightedness comes with a price, something that I actually didn’t recognize until comparing Liefeld’s art side-by-side with his nineties art. The art here feels like it’s trying to adapt to a more modern style and smooth all it’s angular, weird edges down. The earlier work is fun because of the close up on Dan Fraga and Adelso Corona’s inks, which do a great job of modernizing Liefeld’s art and retaining some sense of energy. However, especially watching Major X drive through the barren plains of X-Istence, the art feels way too softened and stock-standard superhero-esque for a scene of a Liefeld character driving a motorbike through jutting cliffs of sheer rock.

However, with the addition of Fraga and Corona’s inks, some of these moments and some of the environments are very nicely realized. The opening splash page of Major X standing over Cable has some super eye-popping positioning, but it’s the expressive detail in the ink hatching that makes it feel so thoroughly crafted. With Fraga and Corona’s inks, the inks feel more like they were hatched with an ink brush rather than a pen nib, giving it a silver age/modernist blended feel. These heavy inks make the realm of X-Istence look stylish and great, too. Liefeld positions the environment very dynamically, making something that’s essentially just jutting cliffs and barren landscapes feel exciting. Fraga and Corona’s ink add to this expressive feel, making the smoke that erupts from Major X’s bike feel like a character of its own, and the man-made cliffs look terrifyingly jagged and narrow.

One of Liefeld’s more regular colorists of late, Romulo Fajardo Jr. supplies the colors here, and really adds another layer of texture and liveliness to Liefeld’s work. The opening fight scene feels a little generic, with Fajardo Jr. getting to use some great lighting effects to spark energy, but everything else being a mixture of texture browns and blues. However, X-Istence looks terrific in the way that Fajardo Jr. renders it, which is again surprising for a landscape that has no right to be so interesting. The sky looks like a dreamy, acid-wash blue, and the use of white highlights in the landscape and cliffs gives another dimension for Liefeld’s art to pop out at readers. The rest of the content is again, more or less of the same bleak business, but Fajardo Jr. also has a great way of playing with lighting and shading on Liefeld’s costume work that makes it feel real and material, especially with Wolverine’s classic brown-and-white.

“Major X” is sure to be divisive. On one hand, it will definitely satisfy the Liefeld loyalists with plenty of throwbacks to his heyday and playing with bizarre narrative tropes that he excels in working with. However, the story can still feel a little inconsistent, and insubstantial at times. Similarly, his art may still be exciting, but feels too smoothed down to capture the energy he’s so known for. The art is boosted by inkers Corona and Fraga and brought to textured, highlight-filled light by Fajardo Jr., but still doesn’t feel remarkable enough to be distinctive.

Final Score: 6.7 – “Major X” is undoutedly a Rob Liefeld story, but doesn’t have the flair or edginess that made him so popular in the nineties.