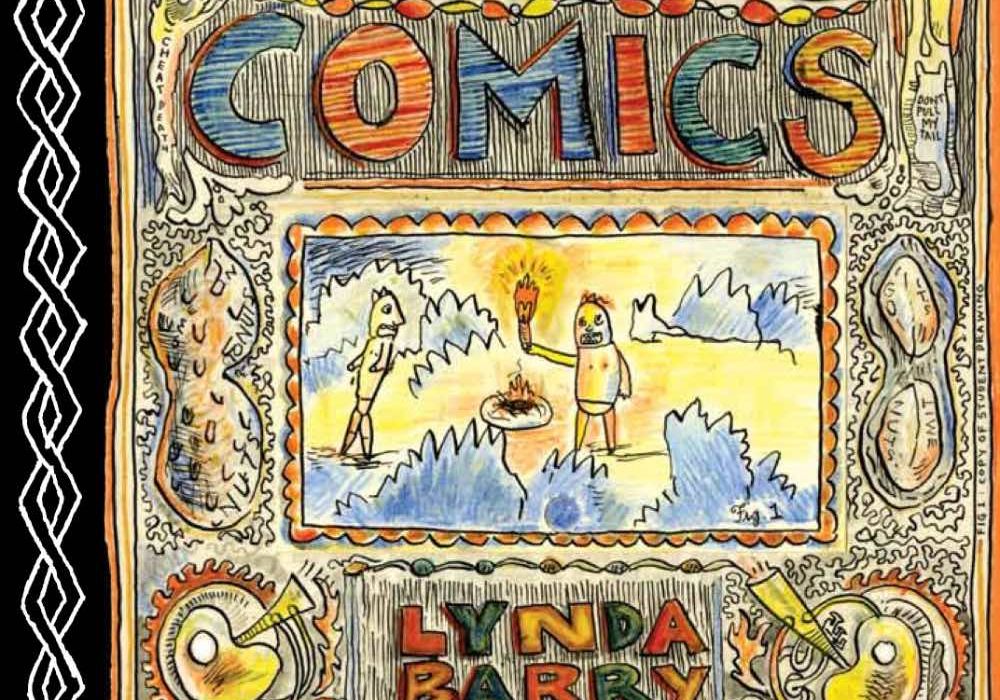 Lynda Barry is the most inspirational cartooning teacher in the world, bar none. I first read Lynda Barry in Syllabus, which was a semi-autobiographical and mostly-instructional book on creating comics. It was sitting in the library, and was just too odd not to pick up. I find it impossible to read Lynda Barry’s books for too long, because I always have to put them down start creating comics. They’re easily the most creatively arousing books I’ve ever read. 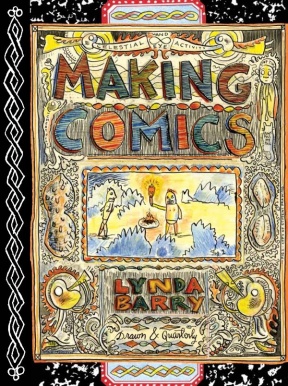 Written and illustrated by Lynda Barry
It’s easy to see why Lynda Barry was awarded a MacArthur Fellowship, she’s spent years turning everyone into comic artists, even people who think they can’t draw. Her books are a force multiplier in the comic book world.

Lynda Barry is not alone in creating a comic on creating comics, she’s joining luminaries like Will Eisner and Scott McCloud. Their books dive deep into the separate components of comics, the writing, the art, the framing, the style, and the why’s and how’s of each choice, and they assume you are already wonderfully competent. Lynda Barry’s Making Comics teaches students at their first leap into the art form. You can read books on making comics from other writers all the way to the end and still not know how to begin, but that’s the magical place where Lynda Barry shines.

Making Comics owes its biggest inspirational debt to Ivan Brunetti’s “Cartooning: Philosophy and Practice,” a high-sounding title that hides a brutally simply course in building up your cartooning muscles. (Even Lynda Barry has recommended it highly.) But where Brunetti comes from the James Kochalka (American Elf) and Chris Ware (Jimmy Corrigan) school of careful, studied lines, Lynda Barry leans into a sketchy and unfinished style, that embraces the little accidents and the worthy weirdness.

One of her greatest skills is tricking people into getting out of their heads and out of their preconceived notions of what’s in front of them, of the lines, of the page, of what a human looks like. Lynda Barry gets her students straight into drawing characters, panels, and comics using their dormant, childlike abilities.

A great example of this is how she has her students draw monsters. Monsters are easy, they can be anything. When you draw a huma you know when you’ve drawn something wrong, because there’s a voice in your head pointing out every inhuman feature. But with monsters, nothing can be wrong. Every feature belongs exactly where and how you drew it. And when Barry does eventually have you draw humans she steals a page from Brunetti, using a style skips past the “does it look like a human” mental block and maximizes your ability to add distinctive features.

All this is to get budding comic book artists to trust themselves, and trust that they already know enough about drawing to make comics. She believes all children do it naturally, and we need to tap into that.

How Lynda Barry labors over and traces over children’s drawing reminds me of Tom Hart’s gut wrenching ending of Rosalie Lightning. His child left behind a simple spiral scribble on a piece of paper, and he sees mind and soul of his daughter in every loop and eddy. He traces it, trying to be close to her, to know her, like a sympathetic spell.

Her point of view of how to create comics is inherent in the format of the book. The pages are drawn on lined composition paper. In one page there’s a typo that’s just crossed out. Every page has a little hand-drawn frame, and her own monsters, and tracings of her students’ monsters, appear everywhere. She’s showing in her own work how she wants her students to treat their notebook.

By now you may have noticed little monsters on the side of this review. Those are mine, drawn using Barry’s instructions. I love them, and looking at them makes me smile.

I’m going to finish this review by donating my own drawing exercise. I have no right to do this, and this may be the first time this has ever been done in a review, so buckle up. This exercise is doubly appropriate here because it’s 1) a narrative in pictures and 2) done almost exclusively by children (except for Picasso).

Exercise: Draw a scene, make sure a bunch of things are in it that can move. Think about what would happen next, and draw that right on top of it; if a person moves, then just draw where they are next, if they die, draw their ghost, if a tank explodes, draw the explosion on top of the tank. Draw what happens next. Keep going until the page is a goddamn mess. No one but you will ever understand your drawing. I don’t know if it will teach you anything, but it is damn fun.