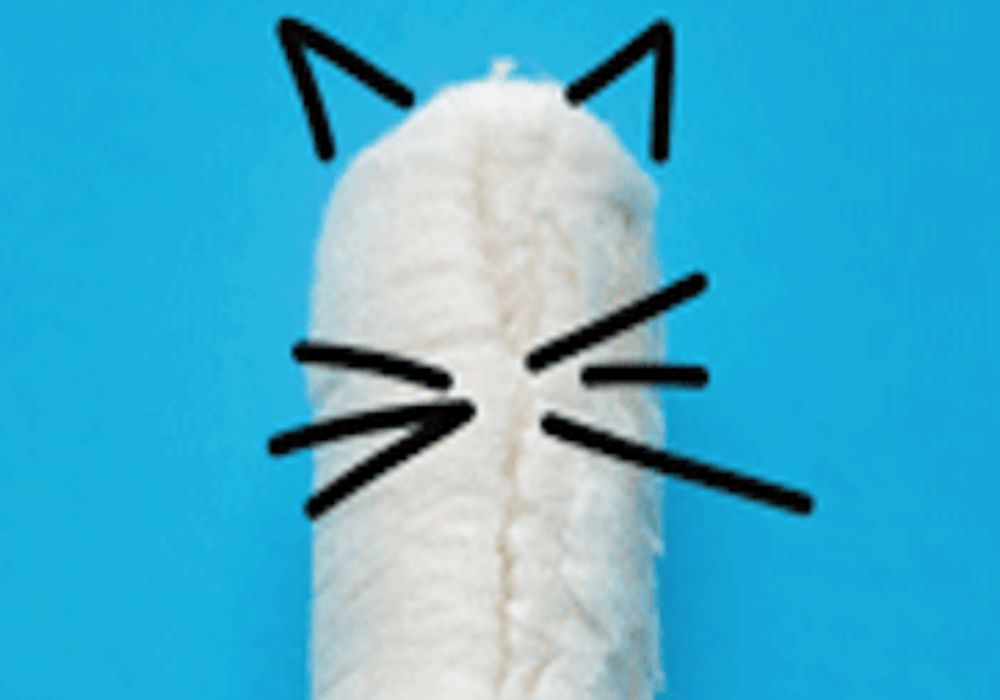 It’s often been said that the best science fiction stories are filled with social commentary. It’s a way of wrapping a hard to swallow pill in a delicious narrative that’s easy to consume. This is somewhat true of “Man-Eaters,” but one of the best things about this series is that the aforementioned pill is front and center, with the sci-fi and horror taking the back seat on this ride. Mild Spoilers Ahead 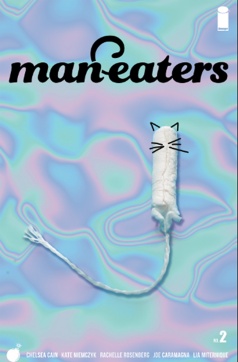 Issue 2 is split into two clean halves. The first half looks at inner fears, focusing on the real life horrors of growing up. While the back half jumps back into the spooky crime scene aspect following another murder by a cat monster mutation brought on by Toxoplasmosis X.

As Maude attempts to come to grips that she has gotten her first period and is now at risk of transforming into one of the giant panther monsters, she must also deal with the balancing act of her endlessly quibbling, divorced parents; who both have a distinctly different way of treating her and handling life on the whole. There is not a single moment of comfort in this chapter. Whether we are facing the teenage anxieties of having your life change drastically while traversing the egg-shell covered pathways of dinner conversation in a broken home, to a scary, gory murder scene involving cat monsters. None of the characters are given a moment’s peace to truly collect their thoughts or to not be frightened by things to come, natural or supernatural.

The way Chelsea Cain paces the dialogue throughout this issue, especially during the first half, is genius. Making us feel every awkward emotional jump cut from inner monologue to teenage outburst. Her thoughts are a jumbled mess of what to do next and how to do it, along with random flashes as she tries to give her inner turmoil some meaning. A perfectly placed reference to The Shining is a highlight here. If you know, you know. The early scenes play perfectly for anyone that’s ever been a tween or adult. Having Maude struggling with her first period works from multiple angles. You have a girl, taking her first steps into adulthood. It is scary and uncomfortable – both physically and emotionally. It also makes the subject something normal that shouldn’t be so terrible to discuss. I, for one, have never been a teen girl, never having to go through this, but like everyone else, we have all had uncomfortable changes and secrets that we didn’t want to share with anyone, especially our parents. Cain makes the reader relive that vulnerability in a way that is rare to see in comics, or most storytelling mediums for that matter.

From the adult perspective, whether you are a parent or not, we all know these agonizing moments and conversations never go away. They just change and get re-molded to fit our current situation. Same goes for the characters in this story. Seeing Maude’s father attempting to figure out exactly what is bothering her and fail miserably is funny, disappointing and ultimately relate-able. The way the broken home aspect is handled is a little broad-stroke, but the clichés exist for a reason. Even when you start to think that maybe Maude’s mother should be the one assisting her at this juncture, it becomes evident that she is just as inept or unwilling to take a real interest in what is going on with her daughter. Quick to direct her frustrations at her ex-husband rather than listen to Maude, upon being called to work, she also opts for immediately calling a babysitter for Maude instead of considering the fact that she is an intelligent and capable teen and can absolutely be left at home alone. She ultimately uses the excuse that there are mutant cat monsters out there, but it is just another device to make herself victorious over her ex, rather than considering what he or their daughter have to say for themselves. These little battles that take over the home of divorced parents are just another stabbing pain that continues to make this book an important read.

The artwork of Kate Niemczyk and Rachelle Rosenberg is exactly the blend of popping colors with clear, bold lines and shadowy mayhem that is needed for a book like this. Niemczyk’s beautiful, clean illustrations invite you in. Telling you that there is no need to worry, this is a safe space. She then inks her line work just as cleanly. For the portion of the issue that focuses on Maude’s home life, we are given nice open panels, typically with only one person in frame and no chaotic or hard to decipher occurrences. These pages are also evenly framed out and depicted from normal angles. Keeping us grounded in the real world makes the second half of the issue that much more jarring when we are thrown into the scary and unsettling location of the crime scene.

From this moment forward, her drawings take a hard turn into the hectic and kinetic. While the clean lines are still there there is a lot more movement throughout the pages, even with scenes that are quite stoic, we are continuously forced to look up at characters from the point of view of the murder victim or down as if we are floating in a room and got stuck on the ceiling. This part of the book feels dangerous. Characters are at risk of being mauled to death. It’s more difficult to get through than the uncomfortable family struggles. The layout is disturbing and is, at times, hard to focus on. It moves at break-neck speed before slamming to a halt with an ambiguous ending leading to the third issue.

Rosenberg’s colors working off the illustrations evoke the exact tones necessary. For the majority of the issue we get beautiful pop-art that is like Amy Reeder’s “Rocket Girl” or Jen Bartel’s on “Blackbird.” Walking the line between reality and the fantastical, her work is a huge part of what makes the book come to life. As we move to the scarier parts of the book, her work paired with Niemczyk’s, while remaining completely their own, reminded me of Jock’s shaky-cam style that he brings to horror books like “Wytches” This entire creative team is at the top of their game and it makes you realize how much untapped potential is out there when it comes to the lack of women creators in this industry. If I were to make a personal Top 10 list of artists currently working I would be able to fill at least half of it with women. Niemczyk and Rosenberg are quickly earning a spot there as well.

Only two issues in and “Man-Eaters” is already an incredibly important book that needs to be read by teens and adults of any gender. Its content is simple to grasp, but deep in meaning. With the general state of things lately, this series could not have started at a better time. Do yourself a favor and pick it up.

Final Verdict: 9.0 –  An exceptionally balanced issue that continues to do justice for both the feminist and family messages at its core and the horror tale it continues to weave.