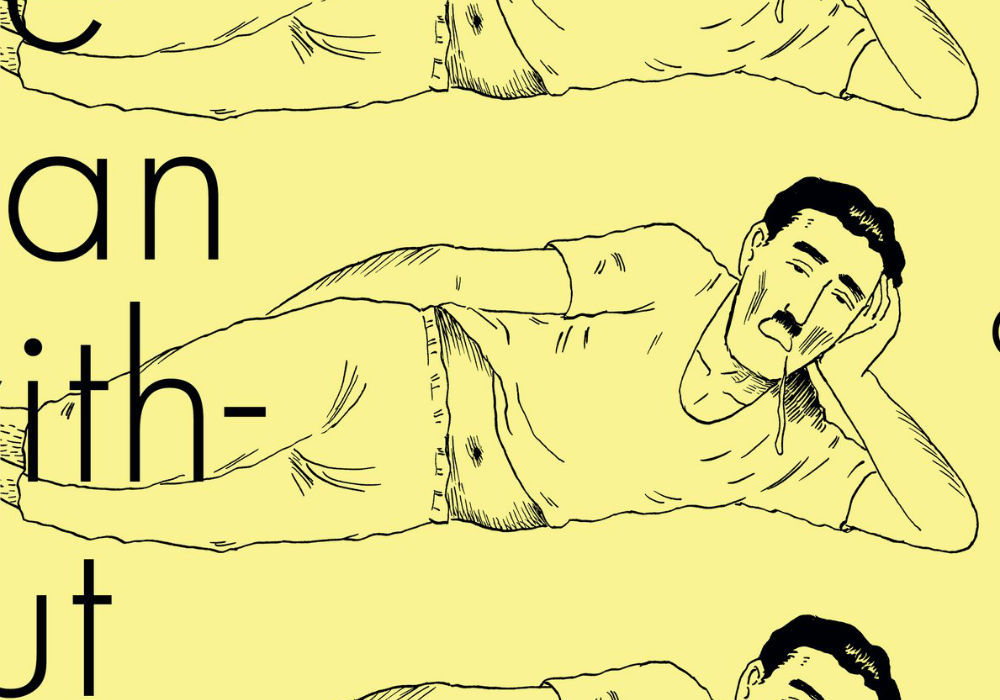 Yoshiharu Tsuge was a pioneer. He helped create and popularise a genre of manga that was semi-autobiographical, delving into the slow minutiae and anxieties of the cartoonist’s lives. Bringing out a calm, literary sensibility within the manga industry. This pioneer spirit had failed to reach far beyond the shores of Japan, but now a new translation, the first in English, of Tsuge’s classic “The Man Without Talent” brings his work to new audiences. 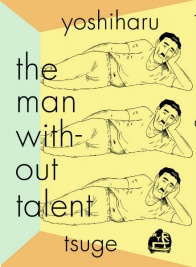 Written & Illustrated by Yoshiharu Tsuge
Translated by Ryan Holmberg
Yoshiharu Tsuge is one of the most celebrated and influential comics artists, but his work has been almost entirely unavailable to English-speaking audiences. The Man Without Talent, his first book to be translated into English, is an unforgiving self-portrait of frustration. Swearing off cartooning as a profession, Tsuge takes on a series of unconventional jobs—used-camera salesman, ferryman, stone collector—hoping to find success among the hucksters, speculators, and deadbeats he does business with.
Instead, he fails again and again, unable to provide for his family, earning only their contempt and his own. The result is a dryly funny look at the pitfalls of the creative life, and an off-kilter portrait of modern Japan. Accompanied by an essay from the translator Ryan Holmberg which discusses Tsuge’s importance in comics and Japanese literature, The Man Without Talent is one of the great works of comics literature.

The story of “The Man Without Talent” has a grounding in reality. The conflict and drama come from very human anxieties, worrying about providing for your family, about wanting to be good at what you do — to do something useful, about being tired. Tsuge’s protagonist is a cartoonist who refuses to draw, instead attempting to provide for his wife and young son through a series of half-thought-out business ideas and schemes that exist mostly as fantasy. He runs a stall selling ‘art rocks’ (rocks that he finds that resemble something larger, beautiful) by the river in which he finds the rocks. A few years before, there was a fad for rocks like these, but he missed his moment and his rocks are not particularly notable. But he seems content to keep trying, or to keep looking like he’s trying as he spends his days lying down in his stall. He self-sabotages his business selling repaired antique cameras after a brush with success. He abandons making comics, the only he ever made significant money from. This is a character who seems scared by the prospect of stakes, who runs from responsibility, but is haunted by his responsibility to his family. He fantasises about nomadic poets and the sleepy man who runs the local second-hand book store, about whom rumours of an abandoned life in another city circulate. He’s paralysed, overwhelmed by what’s demanded of him and just wants a break.

Tsuge’s pen helps with this grounding. Simple, light lines keep a realistic tone to the book, with only very occasional dramatic exaggeration. By its nature, this is a story of few moments of big drama so mostly it stays tightly in the subtler side of Tsuge’s approach. Having said that, there is an almost magical realist strand to “The Man Without Talent,” with a number of moments drifting into the surreal. Through these moments Tsuge keeps his realistic style while certain elements slip away from that reality. There’s a story of man with the qualities a bird, who flies away. When he’s first seen, he appears as a great big bird of prey, but reality slips back and he’s just a man hunched over eating. This birdman takes on a brief heroic mystery, as characters in the book want to fly away with him.

There’s also a surreal texture surrounding the child in the story, who appears, unsupervised despite being a toddler, to call his father home at the end of the day. He is this bridge between the magic of the escapist fantasy and the reality of family life. The presence of the child raises a criticism of our protagonist, once this helpless innocent appears, the woe is me avoidance of work has consequences beyond himself. It makes the whole enterprise of the book feel a little self-indulgent. We’re being asked to follow and sympathise with a man who is neglectful of his family. But I think Tsuge has an awareness of this, exaggerating his desire for laziness in this book, using the fictionalised reality of “The Man Without Talent” to explore his fantasy. As much as there are similarities between the characters of the book and Tsuge’s own life, this is still a constructed work of fiction. On the page, our protagonist is cartoonist refusing to make comics, while in reality Tsuge was making this comic. It’s a comic about refusing to create that is created meticulously, with great effort and attention to detail. It might be about wanting to rest and escape, but Tsuge craft is quite restless. The titular “Man Without Talent” isn’t really without talent, he’s just scared to put his talents to use, but in giving us this story, Tsuge himself puts his great talents to use.