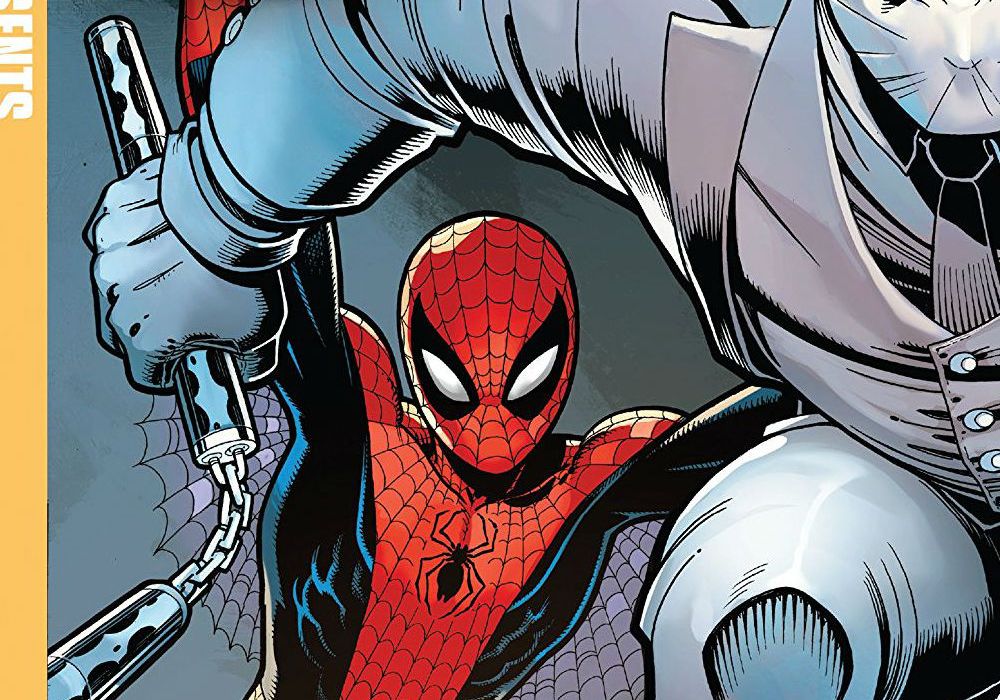 As a kid, whenever I got money in my pocket, I immediately blew it all on comic books. I didn’t have a local comic book shop though. The closest thing was the 7-Eleven where they sold Marvel Select ‘double-sized flip magazines’. Basically, Marvel would package two issues in one. For example, on one side you had “Young Avengers” and when you flipped it to the other side, you had “New Avengers”. These were absolutely perfect for a little boy looking to burn through any and every dollar I could get my hands on. More bang for the buck after all. 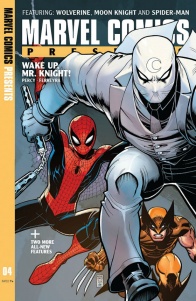 “Marvel Comics Presents” feels like more bang for the buck too. I like the whole idea of this book. While the format isn’t as cool as the ‘double-sized flip magazines’ (sometimes there was a poster), the three short stories inside all showcase different characters. It feels like some sort of mini-anthology and it’s pretty new reader friendly too. You don’t have to be an expert or following their current run and if a particular character catches your interest you can go and learn more about them.

While I like the idea of the book, I haven’t liked all of the short stories. I can’t say I much care for the first story in this comic book, ‘Wolverine: The Vigil’. While the other stories stand alone this one is actually part four of an ongoing, the previous installments are in previous issues of “Marvel Comics Presents”.

It is an interesting enough concept. Near the end of World War II, desperate Nazis forced a sorceress to summon a demon for them. The demon was defeated with Wolverine’s help but that’s not the end of the threat. Every ten years, the sorceress’s daughter, Sylvie, and Logan have to fight the demon again when it reappears. Last decade, in the sixties, the two slept together. This decade, Sylvie is snatched by the demon at the last second.

The thing is, Sylvie doesn’t leave much of an impression. That might not be a problem if she were just a supporting character but she practically has equal billing with Logan. It’s just as much her story as it is his, if not more so. Maybe the issue lies in the ten year time-jumps, Sylvie’s a bit of a different character each time unlike the never-changing Wolverine. In any case, I’m not invested in Sylvie at all which means I’m not concerned with her fate. That means that the final stinger ended up falling flat for me.

The artwork is alright and the demon does look properly chilling. The action feels kind of rushed but it is a short story after all. ‘The Vigil’ also raises some questions…why hasn’t Logan mentioned this to any of the X-Men? If you had to do battle with a demon once every ten years, that would definitely come up once or twice. Why not ask for help from Doctor Strange or some other magic user? Then again, maybe they haven’t met yet. Perhaps there will be some answers in next issue’s installment, not that I’m particularly invested.

Next up we have ‘May The 25th Be With You’ featuring Spider-Man. In the late seventies, Peter Parker is in line to see Star Wars. Peter doesn’t have the Force but he has his typical Parker luck and has to lose his place in line to stop a robbery across the street. Fortunately, the webslinger puts a stop to the robbers and go see the iconic film.

The writer of ’25th’, Daniel Kibblesmith, pens a fun and lighthearted Spider-Man story. Kibblesmith’s works definitely err on the comedic side (for example, he wrote “Quantum and Woody”) so he has a good handle on Spider-Man’s character. Even the artwork lends to the comedy, whether its intentional or not. Those bad seventies haircuts might not be worth a chuckle but how can you not crack up Peter’s bright red bell bottoms? ’25th’ has Peter in the role he plays best, the lovably underdog. Seeing Star Wars is a small victory but it’s a nice moment. It almost makes up for Spider-Man in Captain America: Civil War acting ignorant about Empire Strikes Back. The wall-crawler knows good and well what AT-AT walkers are.

The final short story, ‘The Book of Drams’ is the strongest. Readers follow Moon Knight as he’s thrust into a mystery, trying to figure out a string of seemingly demonic possessions. The stand-alone mystery is somewhat reminiscent of the one-issue mysteries Warren Ellis wrote for the character. It would be a good fit in that amazing run. This is a good showcase for Moon Knight, right down to the bittersweet ending.

Moon Knight is haunted by voices. He’s a bit unhinged and might not have the firmest grip on reality. In a few short pages, that’s all made clear to the reader. The story has a Noir vibe, helped by the artwork of Juan Ferreyra. Ferreyra’s style a is perfect fit for the character, it looks more drawn than painted. It’s fittingly dark and shadowy, truly a marvel to look at. The spread as Moon Knight fights his way through the nursing home is definitely worthy of note, a standout moment.

All in all, “Marvel Comics Presents” #4 is just a bit of a mixed bag, as are most anthologies or collections of any sort. Some stories stand out more than others and two different readers may not agree on which ones. No matter what corner of the Marvel Universe you’re drawn to though, there’s definitely something for everyone.

Final Verdict: 6.5 – Stop me if you’ve heard this one. Spider-Man, Wolverine and Moon Knight walk into a bar…