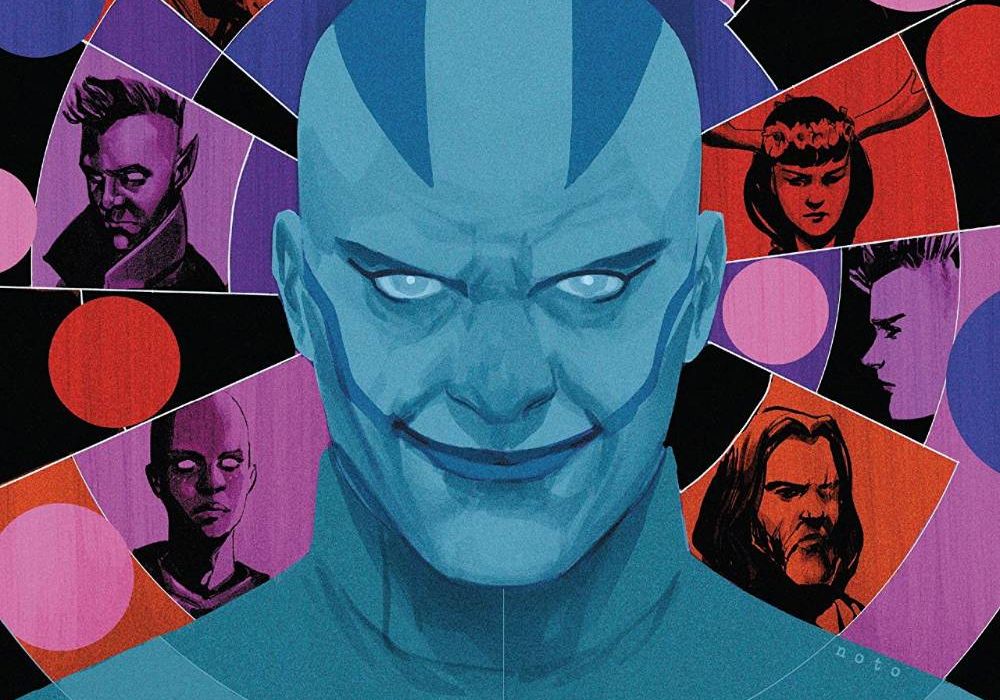 It would be fair to call Marvel’s sprawling “Age of X-Man” a decidedly mixed bag thus far. The tie-ins to this event have been passable at best, but can the flagship title continue pushing things in the right direction? 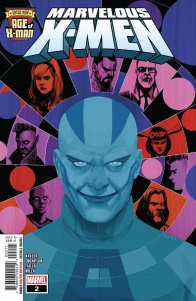 THE AGE OF X-MAN CONTINUES!
With the coming of Apocalypse and the X-Tracts, the world is shaken by something it has never faced before – rebellion! Can the X-Men quell the insurrection in the name of order? Or will the insidious teachings of En Sabah Nur undermine their hard-fought peace?

While there are a great number of comics from the big two that could be considered intimidating for new readers, the “X-Men” line stands on a whole other level of convolution. Out of all the residents of the Marvel Universe, they are the group most prone to time travel, alternate dimensions, and puzzling retcons, meaning new titles are likely to evoke a different response from mutant novices and longtime readers. This reviewer falls into the former category, possessing a general knowledge of the major players but falling well below the level of expert (or even casual fan). Fortunately, years of knowledge aren’t necessary to enjoy this issue of “Marvelous X-Men,” although those with a greater understanding of the events referenced are likely to have a more fulfilling experience.

This iteration of the team counts superstars Colossus, Storm, Magneto, X-23, Nightcrawler and Jean Grey among its roster, while the less iconic Nature Girl and X-Man are also along for the ride. Of course, the latter is the reason for their presence in this (mostly) utopian universe, although they aren’t aware of that just yet. That said, multiple members are starting to twig that something isn’t quite right. Mysterious flashes of events from the mainline continuity are becoming increasingly intrusive, as writers Zac Thompson and Lonnie Nadler begin laying down clues for what could eventually bring down this entire reality.

The writing duo should be praised for their work here. While the outlawing of mutant love still seems like a slightly contrived drawback for this otherwise perfect world, they do use this premise to orchestrate some interesting moral disputes on the team. The reimagining of longtime foe Apocalypse as an ever-loving hippie is depicted as much more than just a silly inversion of character. As the closest thing “Marvelous X-Men” comes to a villain, he presents some genuinely compelling arguments regarding the unreasonable rules imposed on his fellow mutants.

This discussion is very much the focus of the issue, minus a brief scuffle in the early pages. The team is left agonizing over the decision to take violent action against a group who haven’t strictly done anything wrong, but whose very existence threatens to upset the rare taste of peace that the X-Men are currently enjoying. The resulting roundtable discussion is remarkably interesting, with valid points presented on both sides. Thompson and Nadler show a keen understanding of these characters and what would get under their skin in this most extreme of scenarios. As previously mentioned, those with more experience in the soap opera-esque dealings of the “X-Men” may enjoy a deeper understanding of exact motivations, but newbies shouldn’t be dissuaded as there’s plenty here to mull over even on a surface level.

Marco Failla and Matt Milla provide art and colors respectively, doing some solid work that falls short of stellar. While some panels and pages are highly cinematic and embody all the colorful personality you would expect from a book titled “Marvelous X-Men,” there are moments when everything feels a little too squished together. The result is a handful of cluttered pages, exacerbated by numerous characters crammed into small panels, giving little indication of space and distance relative to the events unfolding. It raises a question over whether this miniseries would have benefitted from having a few more issues to breathe. There’s nothing wrong with fast pacing, but when it poses an apparent challenge simply to squeeze all the events on the page, perhaps someone should hit the brakes.

Milla’s colors are generally well done. The bright costumes of the “Marvelous X-Men” stand out against comparatively muted backgrounds, an effective method to signify that these outlandish characters don’t belong in this artificial world. For the flashback scenes, Milla adopts a darker palette which effectively does the job, but it’s a little disappointing that this art team couldn’t think of a more creative way to set these apart from the present day. Whether it’s comics, film or television, dimmer colors are the first port of call when looking for a shorthand way to depict past events, meaning it hardly earns this book any points for visual flair.

Overall though, “Marvelous X-Men” #2 is an enjoyable entry in the “Age of X-Man” event that should regain the confidence of any readers that were starting to lose faith. Thompson and Nadler present an intelligent script that poses some thoughtful questions about the moral quandaries of this supposed utopia, which in truth appears to be anything but. The all-star cast of characters makes the book accessible to those yet to get their degree in X-Men studies, but longtime fans should appreciate the many nods to the complex relationships on the team. Failla and Milla take a good swing at art duties, although a stronger sense of style would certainly elevate the book to a higher level.

Final Verdict: 7.5 – Those with only a passing interest in this event should find their appetite satiated by this main series, which offers the most interesting look at the latest mutant predicament.