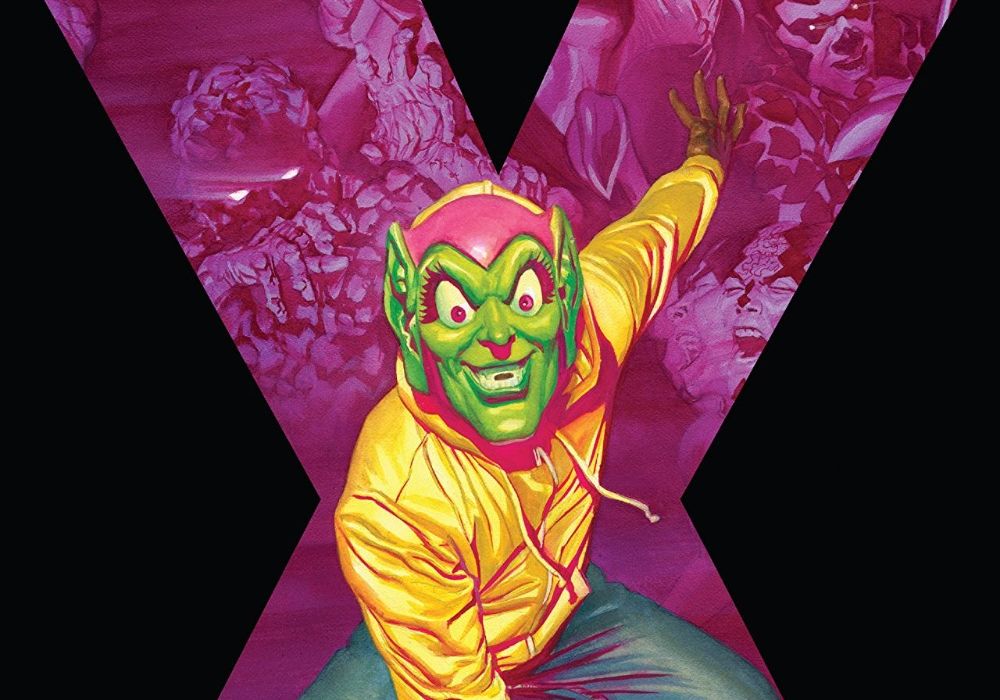 “Earth X” is one of those grim as heck nineties series that endlessly intrigues me. Alex Ross and Jim Krueger played with and distorted the Marvel lore in such an interesting way that it feels very much of its era and yet full of storytelling potential. Whilst some sequels were later published at middling acclaim, the story I’m really interested in being told is unfolding here with the prequel “Marvels X”. Does it hold a candle to the original? 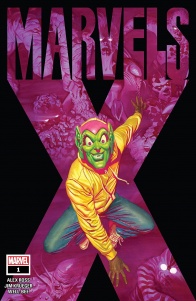 David has a problem. He lives in a world of monsters that would love to devour him. He’s the last boy on Earth. The last human being on Earth. And these creatures that see him only as prey, they’re his former neighbors. He has one hope: to get to New York. To get to where Captain America and the rest of the heroes are. Alex Ross and Jim Krueger combine their abilities with artist Well-Bee to tell a very uncanny prequel to the legendary EARTH X trilogy.

For people who were worried, as far as I can grasp, this series isn’t reliant on any knowledge of the “Earth X” series. Krueger and Ross do a great job of establishing everything you need to know here, which works very much in the story’s favor. Unlike its predecessors, “Marvels X” is a much smaller scale, self-contained story, and it works so much to the series’ benefit. Instead of the macro continuity of a corrupted Marvel universe, the story is focalized through hero fanatic David and his coping with the slow loss of his family in these apocalyptic times. David is a great character because he embodies that innocence we’ve all experienced in hero-worship: in his mind, Captain America, Iron Man and Spider-Man are all messianic figures and can do no wrong. It makes for a compelling story to then have David realize that not all super-powered people are like this, as he sees the world around him erupt due to an overabundance of superpowers. We also get a clear inciting incident for David to embark on his journey through the loss of his family, but also through his own personal need to grow out of his metaphorical and literal sanctuary and become unafraid of confrontation.

“Marvels X” #1 also works well as it doesn’t lean too hard into intratextual references. This series is more focused on developing its own important story of a boy fighting for survival rather than inserting cute but ultimately inconsequential easter eggs into the narrative. When it does reference the larger Marvel universe, however, it does so quite cleverly. When David goes out scavenging for supplies, he does so with a Green Goblin mask, in order to look as ‘dangerous as he possibly can’. This works well not only because Green Goblin is seen as one of the primary tormentors of Spider-Man, one of Marvel’s most popular and formidable heroes. It also nods to the fact that Green Goblin is a character who signified the end of momentary innocence for Marvel when he killed Gwen Stacy in the seventies, echoing David’s own loss of innocence in this timeline. The character John is also a great referential character as the mystery to his identity works well as a plot driver. Sure, his name and tattoos make one think to Johnny Storm, but his ginger hair, dark sunglasses and trucker hat sporting the logo “No Fear” seem to suggest Daredevil. It’s this ambiguity that keeps the series rooted in the larger Marvel Universe but shows us that it doesn’t rely on it like a crutch.

Well-Bee is an artist who I hadn’t heard of before this series, and their work is a great evolution of the gritty style of John Paul Leon’s from the original series. The opening of the issue does a great job at contrasting David’s vibrant, child-like vision of living in a world of superheroes with the rather grim reality that is presented here. Once we see that David’s superheroes are just toy cut outs, we see his family who are much more real in their body positioning and general demeanour, conveying the idea of hopelessness better than the words on the TV ever could. Even later, when we move to the present of David scavenging for his family, there’s a clear distinction between the relative safety of his home and the chaotic destruction of outside that gives a great sense of perspective for the readers. The use of panel structure here is effective, as the interior scenes are mostly within the page borders, whilst the first exterior shot expands beyond them to show how all-encompassing the apocalyptic scenario is. This is Well-Bee saying to the readers, you thought this looked pretty bad? Watch how much worse it gets outside.

Well-Bee also does a great job at depicting superpowers that can vary from being awe-inspiringly cosmic to uncomfortable representations of body horror. The narrative does a great job at setting up the vibrant, family-friendly powers of Iron Man, Captain America and Spider-Man, which Well-Bee renders with classical, Silver Age life. It’s effective then, that the first example of real superpowers we see after that come from David’s grandmother. Instead of being gifted with fantastical abilities, she is struck with an uncomfortable skin disease that leaves her immobile and unable to leave the cocoon-like source of her power. Having these two extremes represented for the readers first sets up a good level of expectation, before Well-Bee can explore what can come between them. David’s sister, who appears later, works as an interesting balance of those two oppositions. Her body emanates with fantastic, red-glowing energy that also functions as wings, yet her appearance is so utterly alien that it is disconcerting to David.

Well-Bee’s colors here are a great balance of the surreal and the mundane. Most of the issue is populated by flat, muted palettes: all of the interior scenes in David’s house are filled with soft pastels for the walls and shadows creep over most of the furniture. However, whenever we move outside, there’s a massive vibrant energy that is so polarizing in it’s shift it gives readers a sense of how terrifying this hyper-real reality might be. Colors are also cleverly used to show impact and action well. When John’s truck hits the attackers in the middle of the road, Well-Bee splatters the scene with sickly reds and greens that show the viscerality of the impact nicely. The bright red and angelic yellow of David’s sister April also glows with energy in a way that amps up her alien nature more than anything.

“Marvels X” was an unexpectedly human and engaging debut spinning out of a series I’d honestly thought I’d seent he end of. Krueger and Ross spin a genuine, small-scale story that is more compelling due to its narrower focus, and give us a relatable protagonist who shows plenty of room to grow. Well-Bee gives us a side of the Marvel universe that looks familiar but distorted enough to make us uncomfortable in the best ways. This is an alternate timeline story done right.

Final Score: 9.0 – A moving, human story that has me hooked for more, with incredible visuals to boot.