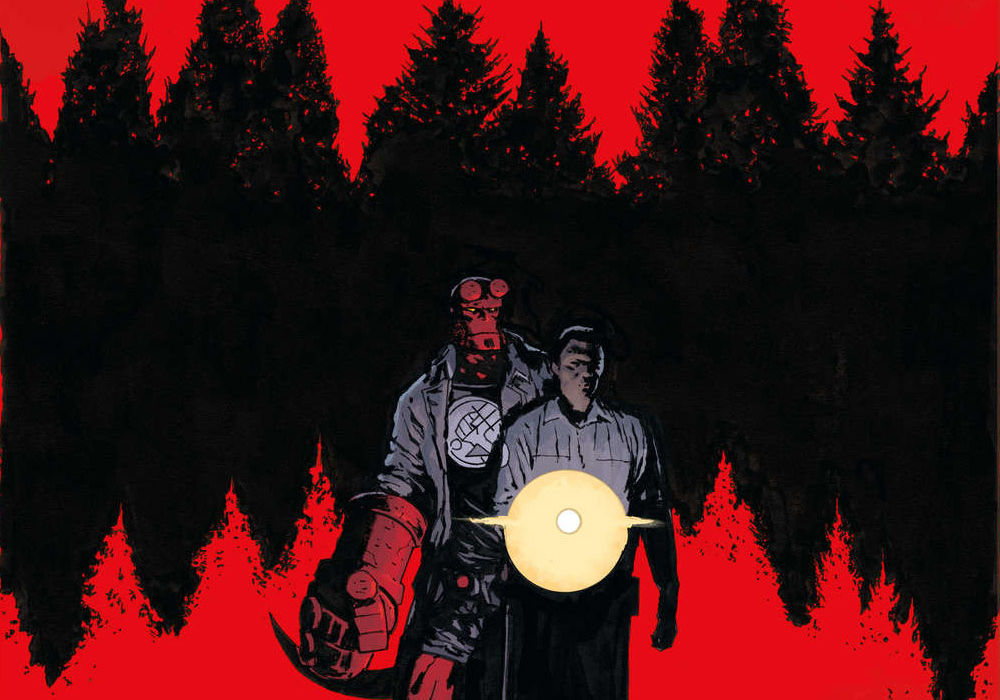 “Hellboy and the B.P.R.D.: 1957—Falling Sky” focuses on Hellboy and the somewhat neglected Woodrow Farrier on an investigation in rural Virginia. I’d drop a spoiler warning here, but rather bizarrely, this issue spoils itself. More on that head scratcher later. Let’s get to the review. . .

Cryptozoologist Woodrow “Woody” Ferrier joined the B.P.R.D. to find exciting and previously undocumented cryptids, but unfortunately most of his cases end in disappointment. But a trip with Hellboy to small town Virginia where a huge and mysterious creature stalks the woods might provide him with just the opportunity he’s been waiting for!

Hellboy creator Mike Mignola and longtime collaborator Chris Roberson gives us a new tale from the world of Hellboy. Featuring art by Shawn Martinbrough, colors by Dave Stewart, and letters by Clem Robins.

I have to say, I love this cover by Laurence Campbell and Dave Stewart. The way the treeline doubles as a gaping maw is just perfect, and it sets up my expectations for a story with Woody and Hellboy alone in the woods, not knowing how much danger they’re really in.

The thing is, that’s not what this story is. Right away, I feel like I should temper expectations—‘Falling Sky’ is a small story. “Hellboy and the B.P.R.D.: 1957” was designed to be a break from the usual, focusing on a series of vignettes about the various agents of the Bureau. With the first two, ‘Family Ties’ and ‘Forgotten Lives,’ the smaller scale allowed us to spend time with Hellboy and Agent Xiang, and Hellboy and Professor Bruttenholm, and in both cases, the characters were dealing with the emotional fallout from ‘1956’ while exploring the dynamic between the two.

And this more than anything is where ‘Falling Sky’ feels slight, because Woody was mostly benched in ‘1956,’ just training new agents in a single scene. In the ‘1955’ story ‘Occult Intelligence,’ Woody is technically there, but just barely, with no real impact on plot or other characters. The last time we saw him doing anything substantive was the ‘1955’ story ‘Secret Nature,’ which was also drawn by Shawn Martinbrough and was the best Woody story to date.

When ‘Falling Sky’ kicks off, Woody’s stuck in a rut. He’s been working for the Bureau for four years now, and the closest he’s ever gotten to a real cryptozoological specimen was some bunyip remains that the Australian government wouldn’t let him study. He’s not doing the work he joined the Bureau to do, and on top of that more and more of his time is spent doing training and administration.

The thing is, his conflict has nothing to do with Hellboy. Unlike ‘Family Ties’ and ‘Forgotten Lives,’ there’s no extra dimension to this conflict that emerges because of how Hellboy interacts with it. In fact, aside from being the muscle in a fight, Hellboy really doesn’t have a reason to be in this story. Actually, Hellboy comes off as a bit of a dick, especially in the dismissive way he talks about Woody’s interests.

‘Falling Sky’ was originally supposed to be colored by Dave Stewart, but for whatever reason Lee Loughridge had to step in and do it instead. That sort of thing is bound to happen sometimes. The thing is, we’ve seen other colorists step in on mainline “Hellboy” stories before, and the best have always found their own particular approach to coloring this world, while sticking within the language of colors established by Stewart. I’ve said before, one of the things I love about the Hellboy Universe is that when certain colors are used, they mean something specific—but that’s not the case here. The colors of ‘Falling Sky’ cannot be evaluated in a larger context outside this story, even when there’s a montage calling back to previous stories. The choices in ‘Falling Sky’ are divorced from the choices made in the stories it flashes back to. Yes, it still works, but it leaves me wishing there was more going on. But, perhaps I want more out of the colors because I’m not getting enough out of the writing in ‘Falling Sky.’

The story eats at its own momentum as it starts and stops and restarts the central investigation. After the initial set-up in town, there’s no reason to go back to that location. The story should’ve stayed in the woods with Hellboy and Woody so it could dig into the interesting stuff. Going all the way back to town, to have a conversation that doubles down on points already made the first time, only to have to go back to the woods again does not do the story any favors. If this drew new character developments out of Hellboy or Woody, it would be fine, but when they return to the woods, they’re in the exact same headspace they were in the first time.

However, the biggest problem here is that there’s a mystery at the story’s core and the reader already knows the answer—it was given away on the opening credits page, where we are clearly shown what’s out in the woods causing all this trouble. The credits page of the comic is a huge spoiler—I cannot wrap my head around this truly baffling choice in book design. I don’t know how anyone thought it was a good idea, and I don’t know how anyone else didn’t look at it and say, “That’s a really terrible idea.”

Woody seeing the thunderbird is a life changing moment and I wish the book had carved out more space for it. Given that both he and Hellboy have run into normal animals that have been affected by Enkeladite to become huge in the past, I wish Woody had initially resisted this revelatory moment. He’s been let down so many times over the last four years. And it would’ve been good to have Hellboy not be such a dick and actually invest in the things that concern his friend. Hell, imagine how different it would’ve been if Hellboy had been in a position to reassure Woody there was absolutely no Enkeladite involved. This way Hellboy could’ve played a role in the moment when Woody starts laughing for joy. I wanted more character from this character study.

All this said, I’m interested in where ‘Falling Sky’ leaves Woody, having found his first real cryptozoological specimen. When “Hellboy and the B.P.R.D.: 1957” wraps up, there’s going to be a timejump into the 1960s when the ongoing “Hellboy and the B.P.R.D.” occult cold war plotline returns, and I think there’s an opportunity to see a new Woodrow Farrier when that happens. I’m hoping he’ll have taken a sabbatical from the Bureau to spend years in the wild studying thunderbirds. I want him to come back to the Bureau as someone that’s since made a mark on the world. It can’t be enough for him to simply have found a thunderbird. There needs to be some follow through that leads to character growth and changes the dynamics with his fellow Bureau agents.

I’m also hoping Woody will be better used in the 1960s. In the 1950s, if he’s not a central character, he barely registers as being there. I’d like him to have interesting dynamics with characters other than Hellboy. If he’s been training new agents, I want to see something come of that. Since Woody spent four years being frustrated in his job, maybe he’s good at recognizing that in others and maybe he’s good at getting them to approach their job from a different angle to get what they want from it. I like Woody, I think he’s an interesting character, but he’s existed in a vacuum for far too long. 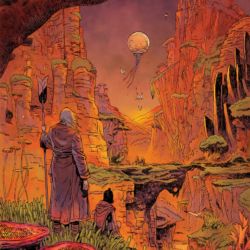 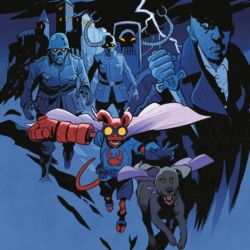 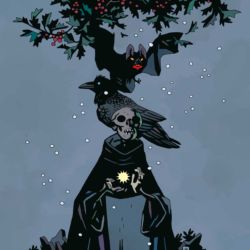 Welcome to Mignolaversity, Multiversity Comics’ dedicated column for all things Mike Mignola. This time we’re looking at the last comics for 2022. It’s been a big year, and if the cover of the final book for 2022 is to be believed, it’s going to end on a high note. As always, thanks to Dark Horse […]