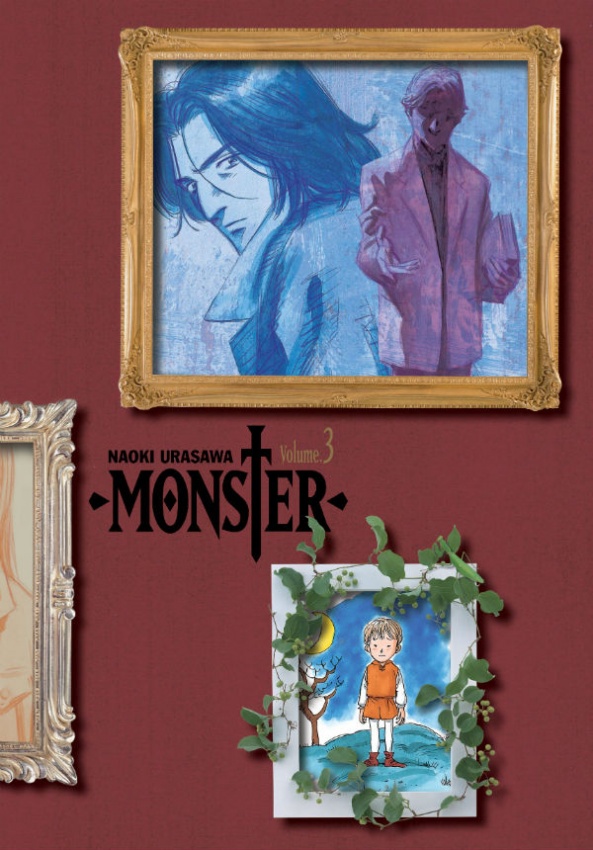 What makes a human being tick? Beneath all their posturing and preening, what instincts, desires, guiding philosophies, shape and inform their actions? What If you were to have jumped into “Monster” at this point — after marveling at the ways in which Urasawa makes his story easily enter-able, despite the complex narrative — these are the questions that would be at the forefront of your mind.

In the Garden of Good and Evil: Spoilers ahead

The duality of good and evil is a powerful theme in Christian literature, influencing religious and secular texts alike, and invariably shapes the way those who have grown up surrounded by it interpret texts. It would be easy, then, to look at “Monster” and conclude that it too subscribes to this worldview: that there are two states at war with each other within the world and within each of us. This can be seen in the way Volume 3, and to a lesser extent, Volume 2, approaches the discussion of Johan and Tenma.

Tenma believes Johan has a monster inside of him that grows larger with each new act of atrocity while Lunge, and for a bit, Rudi, believes Tenma to have a Johan inside of him, the villain to his hero, both sides of the same coin, justifying his own existence. However, the rest of the book makes it clear that this kind of thinking is faulty at best and willfully ignorant at worst. In terms of pure plot, we, the audience, know that Tenma is a) innocent and b) not Johan. By juxtaposing Lunge’s obsessive belief in Tenma’s guilt, we are asked to question the efficacy of the idea that there are “two Johans.” Rudi believes the messages to be Johan messing with Tenma, though that may be because he believes Tenma to be guilty at first, which in turn asks us to question the rigidity of that conclusion and the false ideas it promotes.

Side note: I don’t mean false ideas about the realities of D.I.D. or the way it is used in fictional media, which is a topic in and of itself for elsewhere.

It is easy to ascribe blame to that which is evil and to believe that there is a whole, separate “good” in people, instead of the reality, wherein both are mixed and melded, inseparable and intertwined.

In fact, this complicates the core of the work as well. We simply accept that Johan is “evil” and that Tenma is “good” and that that is the whole of the battle. But if there’s one thing “Monster” is good at doing, it’s saying that there are no such things as definite, immutable categories of good and evil. That even a “good” person will commit evil acts, knowingly or unknowingly, and that even an “evil” person can do good.

The Spectrum of the Mind

Not only does Urasawa break down this duality with Tenma and Johan, he also uses the minor and recurring characters to explore the different motivations that push people to commit the acts they commit: good, evil, or indifferent. He fills the volume with characters that refuse to be placed into neat little boxes by contextualizing their actions, asking us to understand why, and then showing the ways in which they can or can’t live with their decisions.

Rudi was jealous of Tenma, pre-judged him and projected his own insecurities and guilt onto him, and was ready to sell him out to the police. Eva’s narcissism and pride, inflamed by the realization that she was spoiled, and therefore left alone, after the death of her father, lead her to keep an important secret about Tenma, twisting her love for him a desire to see him punished, externalizing the pain she felt and redoubling it back onto the broken man who turned her away at her most vulnerable moment.

The nameless mobster chased everyone away in the pursuit of money until the only family he had left was his bodyguard. Until he was old, with a head injury, and filled with regret that he could no longer remember what it was like to eat with other people. There’s the former cop, who’s son committed murder, who decides not to turn in Tenma because he sees that Tenma is not cruel and that one does not have to be “evil” to possibly commit acts of harm.

And then there’s Michael, one of the two crooked cops that killed the Fortners & Maurer back in Volume 1. He is haunted by their deaths, even while reaping the rewards from killing them. Is he evil? In the eyes of Nina, yes. But as we spend time with him, we see the ways in which he compromised and negotiated with himself to justify his actions, even as he fails to believe it himself. . .and how he has learned how to care rather than how to be cruel. And so does Nina.

By the end of Michael’s time, he ceases to be the stock bad guy, the hired gun who only cared about money, and instead becomes a more full person, with hopes, dreams, regrets, and pain. There is not some magical “evil” part that pushed him to cause harm, just as there is no absolute “good” that pushes Nina to not kill Michael; there is only the complex dance of desires and the acts one is willing to commit to fulfill them.

In two weeks, the start of Act 2, we take a look at Volume 4 (vol. 7 & 8 of the original release) and the tragedies baked into the heart of “Monster.”