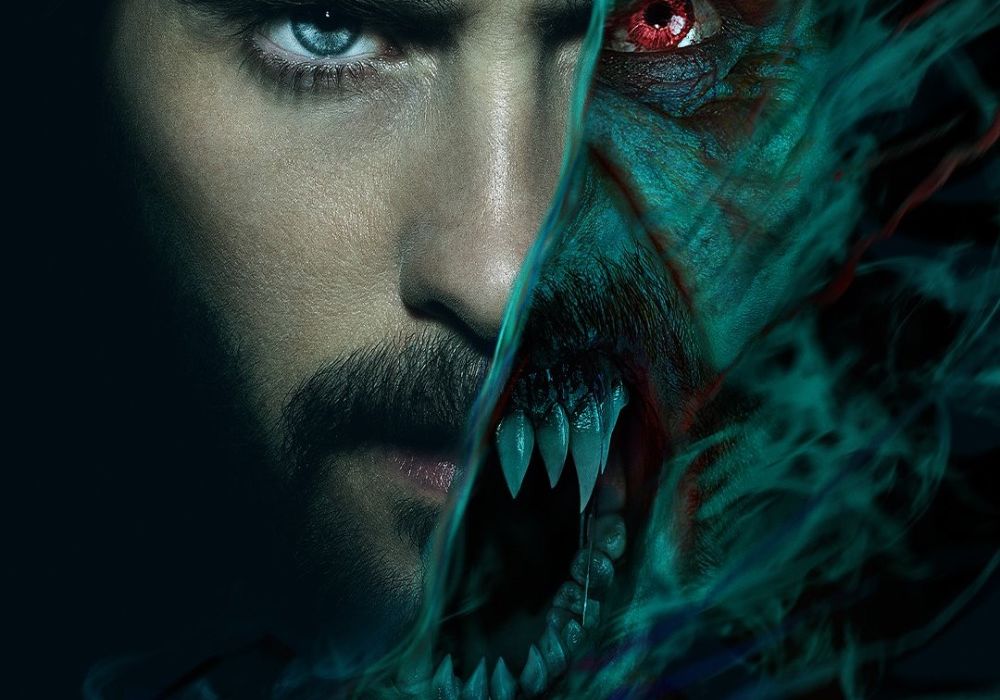 It’s never a good sign after leaving a movie that one of my first thoughts are “how did this get made?” Followed closely by “on a scale of Suicide Squad (2016) to Justice League (2017), where does this fall?” Those are what rattled around in my head as I walked back from seeing this movie about a man who becomes like a bat at the theater where Batman (1989) had its world premiere. Having slept on it, Morbius is closer to that ill conceived Justice League movie than Suicide Squad. As much as Suicide Squad is a technical failure, it at least has some verve and attempt at post modern aesthetics. Like that 2017 film, Morbius is ultimately the worst of the worst: boring. There are some strange elements in terms of continuity, but those are small compared to how it contorts itself to be not-bad and becomes listless in the process.

Reader, you likely have at least one subscription to a streamer that has far better movies and shows to fill just over 90 minutes. If you don’t, Pluto and Tubi have better movies for free with ads!

Based on the character Morbius, the Living Vampire, created by Roy Thomas and Gil Kane, the Daniel Espinosa-directed film is an origin for the Spider-Man anti-hero/villain. Or at least it tries to be an origin, as it falls flat at telling something akin to an emotional journey, despite the plethora of vampire and mad science tropes it employs. Dr. Michael Morbius (Jared Leto) is a man living with a rare blood disease, and running out of time to save himself and people like his brother Milo (Matt Smith). Despite advancements in creating artificial blood, Morbius is running out of options, and begins to experiment on bats to find a cure. This mad science experiment goes right, at the cost of giving him vampirism. The film wants to tell a typical reluctant vampire story, and falls flat on its face after Morbius realizes he’s murdered eight anonymous mercenaries. The addition of artificial blood having an increasingly short half life to satiate his needs should’ve turned this film into a ticking clock thriller, but that too lacks a pulse.

There is a certain throwback quality to Sony’s Spider-Man Universe (SSU) that I appreciate, taking us back to two decades ago, at the dawn of the millennium, when these comic book movies were not the bread and butter foundation of multinational media companies to be the high end items for theaters and streamers. They were B movies on an A movie budget, and sometimes they were really good (Spider-Man 2, Batman Returns, X-Men). With its 104 minute runtime, it harkens back to that tradition, the first X-Men film is that long. The fundamental problem for this film is that it wasn’t meant to be 104 minutes long, likely closer to the standard 150 minute extravaganza this genre has mutated into: by trying to fit what was likely a two hour movie into a 90 minute bag, Morbius is unable to function as anything but plot at the expense of storytelling. If this movie had been constructed to be around this length from the start, it would’ve been better. You can make great 90 minute movies, the work of Jesse V. Johnson (The Debt Collector, Avengement), John Hyams (Universal Soldier: Regeneration, Day of Reckoning) and others show this to be the case. The best Batman film, Mask of the Phantasm, only runs 78 minutes! All of this is because the producers knew that they had the budget to do this much film.

A breakneck first act morphs into a slightly more subdued second, until finally the third act just kind of happens and it’s off to a pair of Vulture post-credit sequences that set up a movie I doubt Michael Keaton will be making. Morbius is likely another example of how cutting a movie down to fit more showings will result in short term gains at long term losses. I’m not saying a longer version would be much better, but it likely would’ve been emotionally engaging enough to develop an audience. After the initial weekend gross, no one will be seeing this movie for a second time: there’s too much better content.

From what I’ve described you might imagine a film closer to the mad cap style of Suicide Squad, and to the film’s credit, it does not have the plainly obvious continuity errors of that film. It does have some elements of strangeness as it tries not to be “bad.” Take, for example, a scene maybe 10-15 minutes in, where Morbius is called away from a patient by Martine Bancroft (Adria Arjona), his scientific and I guess physical partner (they just start kissing for some reason), because he is “in trouble.” In his lab, Bancroft tries to get Morbius to stop his unethical experimentations of splicing vampire bat DNA into other species. The distance to this lab is set up by an establishing shot that clearly shows a good distance between it and the room with Morbius’s other patient. Eventually that patient begins to seize and they run back to them, only for Martine to be able to see the rat Morbius had just experimented on from this patient’s room! It makes no sense. Another recurring element of strangeness is Tyrese Gibson as Simon Stroud, an FBI agent who, along with his partner, act as the Rosencrantz and Guildenstern of this plot. The character is supposed to have a high tech prosthetic arm, which can be seen in the marketing material. It is never made note of in this film: Gibson can instead be seen noticeably concealing his other non-prosthetic arm, throughout the film.

For all of this film’s problems, Jared Leto isn’t one of them: he gives his typical committed performance as he once again continues to use his able body to play disabled. As distasteful as that is, it’s a bigger problem than him. He manages some fleeting moments of depth to the character as it spins through standard vampire tropes. It isn’t the over-the-top scene chewing of House of Gucci, Tom Hardy, or antagonist Matt Smith, but not everything should be. Matt Smith will be the YouTube highlight as Morbius’s villainess brother Milo: Smith at one point essentially does the dance from Spider-Man 3, and otherwise hams it up as you begin to get the sneaking feeling this is more of an audition tape to be a Ghoul in a Fallout project. I could imagine a cut of this film where all of these choices make logical and emotional sense, but the one in theaters is not it. And unlike the Snyder and rumored Ayer Cut, I have no interest in seeing it.

There is a queer affection for the Venom series. Morbius has no such potential, unless you’re a Leto cultist. This isn’t a movie that’s so bad it is good. It isn’t good enough to be bad. It is just boring. 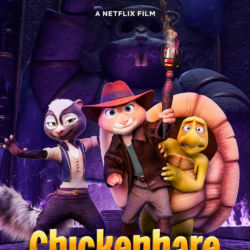 Chickenhare and the Hamster of Darkness

Now available on Netflix, Chickenhare and the Hamster of Darkness is a CG animated film from Belgian animation studio nWave Pictures, based on the graphic novels of the same name by cartoonist Chris Grine. It follows Chickenhare, who (as you might have guessed) is a part-chicken, part-hare, who embarks on an adventure to stop his […] 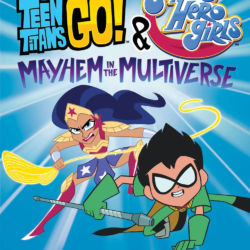 I really enjoyed the first two Teen Titans Go! movies, Teen Titans Go! to the Movies, and its DTV sequel Teen Titans Go! vs. Teen Titans — they were delightfully irreverent self-parodies, stuffed to the brim with random DC nonsense (splat Atom anyone?) DC Super Hero Girls is also a fun show, and the two […] 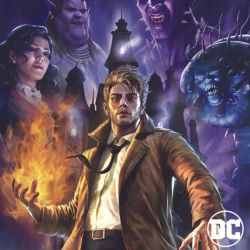 DC’s latest animated release is a quartet of shorts, focused on some of the lesser known, but beloved characters in the DC repertory. The shorts all work, to varying degrees, and run from 16-27 minutes in length. In general, this is an effective way to tell stories that, perhaps, couldn’t carry a standalone release. The […]