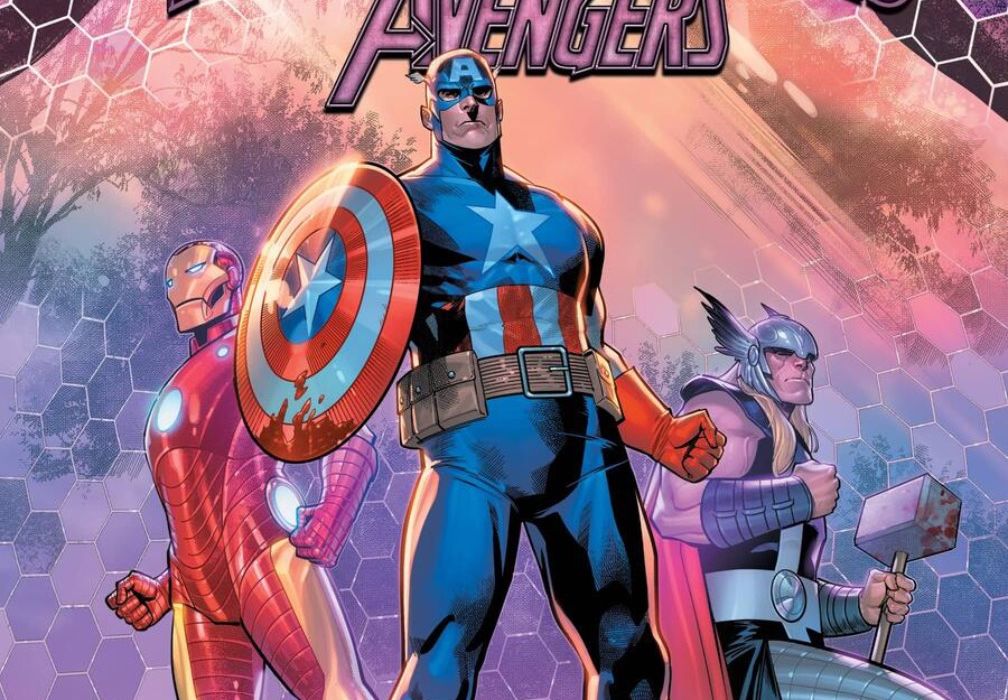 Did you fall for Squid Game as hard as I did? I went from disinterest to curiosity to having watched the whole thing twice in the span of a week. I guess I’m not the only fan of the ever-growing Deathgame genre, because someone at Marvel gave the green light to “Murderworld: Avengers,” and it’s going to be part of a winding miniseries focusing on Marvel’s most fun assassin for hire, Arcade. 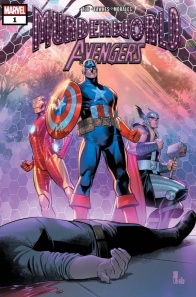 Ready. Set. Die! Hundreds are killed every year in an elaborate secret tournament run by a sadistic man with nearly limitless resources at his fingertips.It’s not an urban legend. It’s not a myth – MURDERWORLD is real! It’s online, and the gruesome truth has been hidden from everyone except its victims – until now! Meet Paul Pastor, the extraordinary young documentarian who’s going to expose it all…with some super-powered help. The Black Widow has a personal grudge to settle with Murderworld mastermind Arcade – but can she stop this game before it kills again?

A note in the back of the issue explains a bit about the rationale behind doing this series in this way. Arcade is a cool villain; he builds elaborate deathtraps! Classic. But in every Arcade story, you know that Wolverine or Iron Man or Black Widow is going to come back. So why not put some new folks through Murderworld? Characters we have never seen before… and thus may never see again!

The protagonist in “Murderworld: Avengers” is a Twitch streamer Paul Pastor. He gets a deeply shady invitation from Arcade to come make Murderworld: The Documentary and with a heart full of trust, Paul travels to Arcade’s annual deathmatch. Every year, 200 people go into Murderworld, one comes out a millionaire. That’s kind of a staggeringly vast list of dead folks, but I guess Squid Game taught us that living under modern capitalism is a worse fate than putting your life on the line to play hopscotch or whatever. People do dumb things.

Paul is a winning enough protagonist. He’s not very smart, but not dumb enough to deserve Murderworld. The latest iteration of Arcade’s death-park is clearly influenced by the popular Korean television import, with ever-shifting rules and a playground-themed obstacle course with some deadly surprises. The aesthetic is the mix between the childish games and the deadly high stakes. While fun, this issue doesn’t quite get to those Squid Game levels.

I think that the main problem is instead of ordinary people relying on their wits, the contest in “Murderworld: Avengers” is mostly between international gun-for-hire types. There are some colorful personalities, but these characters were made to be disposable, and it shows. The story becomes less about the motivation between the participant and more like a backstage tour of Arcade’s oepration.

Which ain’t a bad thing! I’m on the record as an enormous fan of the more Hunger Games-y “Avengers Arena.” Arcade isn’t a villain you can use in every issue, but when he shows up, you can have him do anything. Like that time he kidnapped Jubilee and imprisoned her in a mall where Christmas Shopping turned deadly. Or the ever-classic “trapped in a giant pinball machine” that he likes so much. That’s an oldie but a goodie. I don’t know if this time around the games will end up feeling derivative, but for now it feels alive.

The story’s pulse is due to the creative team. Writer Jim Zub is a reliable hire, the kind of genre journeyman incapable of doing anything worse than a C+. Co-writer Ray Fawkes is another pro. And Jethro Morales brings a totally legible house style to the proceedings, making this an issue you can easily hand to just about anyone down with a deadly battle royal tale. I don’t think this is going to become the definitive Murderworld story, but there are worse things on the shelf you could be reading, sure.

I haven’t gotten to deep into how the Avengers fit into this. I don’t want to spoil the whole non-surprise but they kind of… don’t? Besides Arcade, the only familiar character is his lovely assistant Ms. Locke. Everyone else is brand new, or part of the Murderworld scenery. True to the mission, these are brand new characters, and most of them are gonna be dead by the end of this series.

Next up is a “Murderworld: Spider-Man” story, starring… Black Widow? That’s great, Natasha has unfinished business with Arcade from her solo series. But I don’t understand selling a miniseries where every issue is a different #1, and the headlining character never shows up? IDK??? Marvel makes no sense sometimes. But if you can keep your head on straight, you will probably enjoy this darkly funny romp. If you’re the lazy but patient type, you can probably wait until Marvel collects the whole thing in trade, where I bet it will read great.