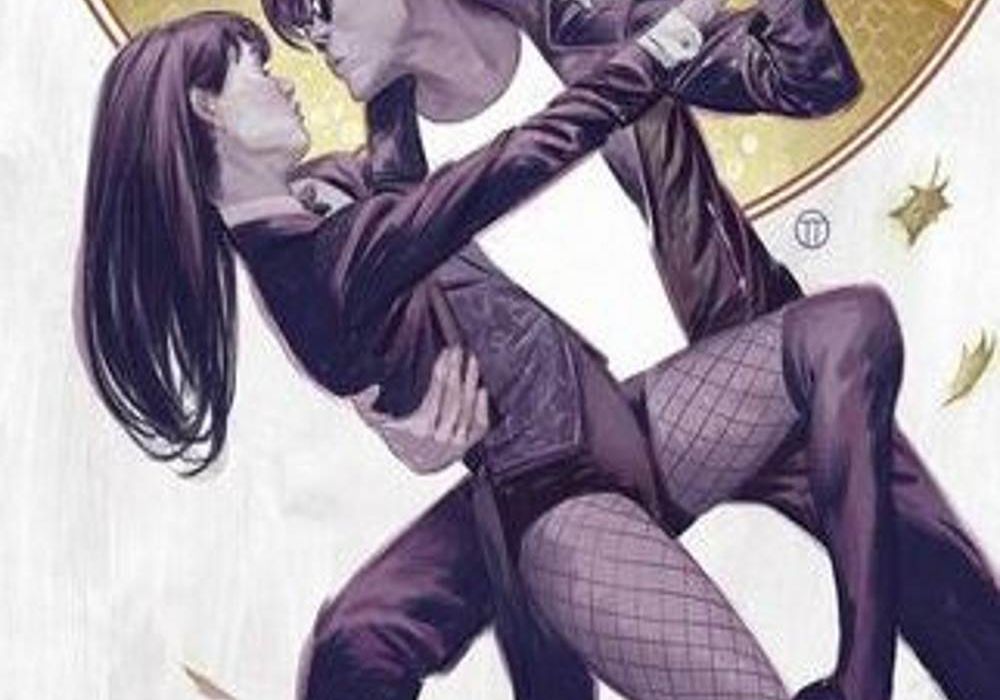 Even though she’s our main character, “Mystik U” isn’t exactly a Zatanna series. At different points it wears a lot of different top hats. It’s an exploration of the mysterious magical corners of the DC universe, and a coming of age story. It borrows the magic-as-metaphor themes from Buffy the Vampire Slayer while also being a high quality Harry Potter fan fiction. It’s a big comic, and with so much going on, there’s lots for everyone to enjoy. 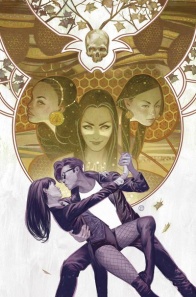 With classes in full swing, Zatanna starts to realize that celebrity will only get you so far at MYSTIK U! Could the mysterious ladies of Thriae hold the key to success inside and out of the classroom? Now Zatanna must choose between rushing the sorority with all the answers and her rebellious relationship with Faust. Will she find a way to balance the two or is this bad romance over before it even began? The bimonthly miniseries continues!

This issue of “Mystik U” weaves together two main plot threads, and a dozen simmering subplots. Both of our main stories follow the backwards talking Zatanna. This is mostly set in the past, while Zatanna is in magic college, and she’s a lot younger and more naive than we usually see. She’s got a huge crush on the dark demonic Sebastian, son of Felix Faust, for all the drama that’s worth. She’s also rushing a bee-themed sorority, much to the chagrin of her buddies.

With such a large and colorful cast, the comic keeps zipping along. That makes its substantial length breeze by, even though its crammed with story. As for those stories themselves, they are a lot of fun, but solidly in the realm of cliché. Zatanna starts dabbling in Rakmelion, a magical beverage that can be a stand in for any drug you want. Later, when she confronts Sebastian, he transforms into a fully demonic form. “Want to see what happens if I just let go and give in to what I’m feeling?” he shouts, in a full page spread. “Yes,” Zatanna whispers.

That’s dialogue you could find in any Draco Malfoy fan-fic, but I’m not gonna front, I’ve read a bunch of those fan-fics. I like ’em. I like this. But I like it with a wry smile of recognition. Fortunately, I think the book does too. These moments come so fast, and with so many of them, it’s hard to find a chance to roll your eyes. The story never goes anywhere surprising, but it’s like comfort food.

Hardcore fans of DC will find a lot of cool lore here. A young June Moon/Enchantress is one of Zatanna’s good friends, and she’s in a shaky romantic relationship with the son of Sargon the sorcerer. Their professors include DC mainstays like Mister E and Doctor Occult. If those names mean something to you, seeing how they are integrated into the current DC continuity is a lot of fun. If not, don’t worry, nothing is contingent on understanding someone’s elaborate backstory. Everything you need to know is in the pages of the book. “Mystik U” is one of those excellent comics that establishes a lovable supporting cast so that new readers can feel like experts when they come across them again.

No one would accuse “Mystik U” of being DC house style, but Mike Norton’s art remains simple and clean. Lots of books on magic take cues from old Vertigo titles like say, “Books of Magic,” and have a moody, oppressive style. “Mystik U” takes after another DC school book, “Gotham Academy.” While the art doesn’t have the same almost-anime style, the characters look young, like something from a storybook.

Still, I feel like the school itself could have a lot more personality. Magical schools are ripe settings to cram tons of flavorful weirdness into the background. Hogwarts and Brakebills ooze with personality. The titular Mystik U has some fun Easter Eggs lying around, but the setting doesn’t establish itself as one I want to return to again and again. That’s a shame. If this is a place that exists in DC, it should be a fun place to send all sorts of characters to. Can you imagine Damian Wayne investigating a mystery at a magical college? Reading the book won’t do a lot to change your idea, because the school just sort of looks like a normal campus.

At nearly 50 pages, “Mystik U” gives you a whole lot of story. It establishes a fun new backstory for some of the best characters in DC, while also offering up a typical magical coming of age tale (if such a thing exists). There’s old, and there’s new. Even if it isn’t remembered as an all-time classic, “Mystik U” is a fun comic with charm to spare.

Final Verdict: 7.8 – A fun, sweet comic that offers a familiar story that will please fans of the genre.