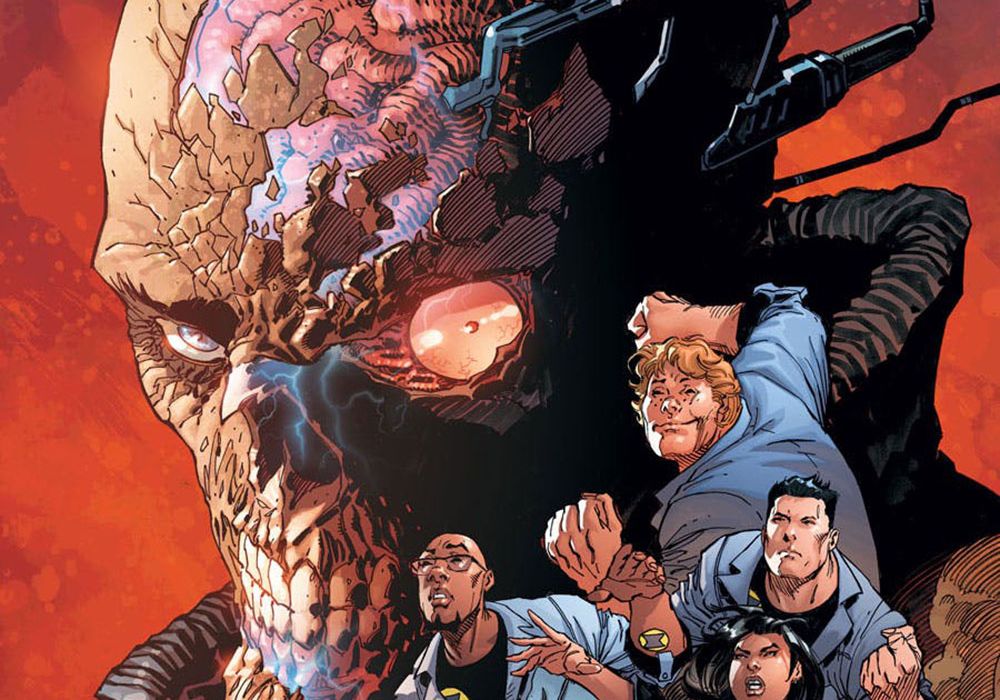 Before Fantastic Four and The X-Men, Jack Kirby created a team of heroes known as Challengers of the Unknown. They had no super powers aside from a strong desire for exploration and adventure, the result of a near-fatal accident that left them feeling like they were living on borrowed time. “New Challengers,” the latest entry in DC’s The New Age of Heroes, carries on the tradition of Kirby’s creation with a new twist. 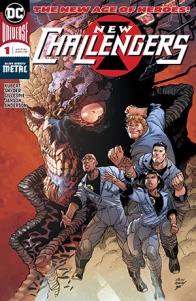 From the pages of DARK NIGHTS: METAL! Challengers Mountain has returned to the DC Universe and chosen a new team of explorers! Five misfit strangers are given a second chance at life, but only if they obey the orders of the mysterious Professor and execute deadly missions in the most unexplored corners of the multiverse! And if the new Challengers of the Unknown fail…it will be more than just their own lives that hang in the balance!

To credit Kirby solely with the Challengers of the Unknown concept is probably unfair as their precise divination is unknown. While widely attributed to Kirby along with David Wood and Joe Simon, the Challengers, introduced in an uncredited story in “Showcase” #6 in 1957, were a perfect concept for the space race era, a time that signaled the birth of a new brand of exploration. Retrospectively, Kirby’s penchant for looking to the real world for his fantastical inspiration lays this creation at The King’s feet. Scott Snyder and Aaron Gillespie’s 2018 iteration is similar in that it feels like a book for our current time. The age of exploration is over and what we are left with a team with a mandate that is both coerced and shadowier, a sign of a time when absolutes are a moving target but the stakes are higher. In “New Challengers” the entire universe is seemingly in danger, and with little more than that vague pronouncement this new team is off to explore the mysteries of the multiverse.

“New Challengers” #1 starts with a storm and ends with a giant crab creature attacking our newly-christened heroes in a bizarre ocean landscape. It’s promising stuff for a book about adventurers. In between, the principal narrative voice is of Trina Alvarez, the first Challenger to arrive in the team’s stronghold in Colorado. Readers get some backstory on her life as a doctor in Gotham and how she arrived at the mountain, and her narration underscores a nascent heroic nature that at first she doesn’t necessarily seem to share with her other conscripts. But Trina does have something in common with each subsequent arrival. She is dead, and her purgatory is now Schrödinger’s Mountain, the mountain that shares a name with an early 20th century pioneer in quantum theory and wave mechanics. File that one away for later.

This is decidedly a different take on the more idealistic Challengers precursors, and it’s similar to a conceit used in another The New Age of Heroes book, “The Terrifics,” where the heroes are forced into service together to avoid more dire far-reaching and personal outcomes. The team’s ringleader (or perhaps more accurately, string puller) is a man known only as Prof, an apparent callback to Prof Haley from the original Challengers team. We meet him in a series-opening flashback that paints a far from sympathetic picture of the man. While it’s an intriguing homage and link to the past by way of plot points hinted at in “Dark Nights: Metal,” the idea that this team may be puppets in a larger conspiracy neuters them from the onset. It’s not that it’s a undesirable concept setup but those wishing for the unapologetically selfless heroism of the original team (which is even referenced here) may be disappointed. In terms of quality, Snyder and Gillespie’s script is more than serviceable adventure fare and it hits all the necessary expository beats without bogging the narrative down. The issue moves with a breakneck pace while still managing to drop some provocative visual elements to be explained in future issues. Tonally, the script is a bit dark, and it’s impossible to say if this is a creative misstep, but it is somewhat unexpected considering the tenor of the original stories (although perhaps it shouldn’t be as Snyder has a penchant for the sinister). Again, this is an element of the book that may surprise readers expecting something more swashbuckling.

Those familiar with “Dark Knight III: The Master Race” will find Andy Kubert and Klaus Janson’s aesthetic largely unchanged from that series, the work here is a nice riff on Frank Miller. Janson seems to have grown more restrained in his more recent years and Kubert is an accomplished draftsman with a keen design sense. The only place the team falls short is when figures and objects presented in smaller scales lose almost all detail, which gives the artwork the feel like it was produced in a rush (which seems strange as the book arrives on shelves several months after initially planned). Still there is some great dynamism in these panels and some memorable images using a wide variety of interesting and dramatic perspectives that will keep readers coming back for more if Snyder and Gillespie’s story didn’t already seal the deal.

Final verdict: 7.5 – “New Challengers” is a promising series start and another nice entry in DC’s The New Age of Heroes line, but it might be best to check any nostalgia for the old team at the door.