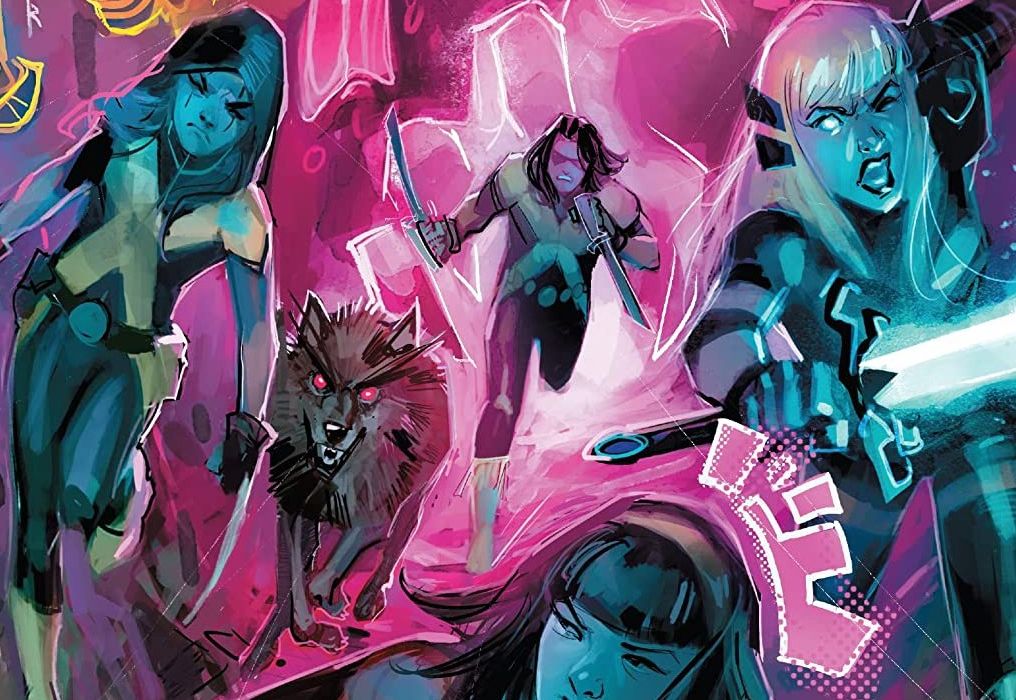 Vita Ayala brings the heart back into “New Mutants” #15 beware of spoilers ahead! 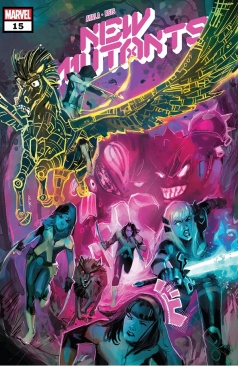 ONCE MORE INTO THE CRUCIBLE! As KARMA and DANI delve deeper into their nightmares, a spider sets his eyes on the most vulnerable of the NEW MUTANTS…Meanwhile, in the Wild Hunt, children play at being adults and prepare for the fight of their lives.

Vita Ayala’s run of “New Mutants” began in the last issue but feels like it really comes into focus in “New Mutants” #15 with their focus on the next generation of mutants, the connections, and relationships of the OG New Mutants, and an overarching plot that feels like it is going to have a lot of ramifications. I wrote way back when for a “Don’t Miss This” of this series when Hickman helmed it (once again with Rod Reis), that this was the fun outlet of the then-fledgling “Dawn of X” line, and looking back now, it’s really clear that the series was lacking any greater substance but with Ayala on writing duties, they have reincorporated the emotional depth and subtle horror that really makes a “New Mutants” book sing.

A major focus that Ayala brings to the book is the training of the next generation of mutants. The “school” aspect has been such a mainstay feature of the “X-Men” concept and it has been an aspect of this Krakoa era I didn’t know I missed until Ayala brought it back so effectively. “New Mutants” in this era has always threatened to be a book about the broader upcoming generation of mutants as well as about the classic New Mutant characters but it never really achieved that split during the Hickman/Brisson days. Ayala puts the focus of the book on the kids of Krakoa and a new set of kids in fact that I’m looking forward to getting to know. They put the focus on Brisson’s addition Cosmar and Gaby Kinney aka Scout aka (in our hearts) Honey Badger to great success and the wrinkle of focusing on Mutant synergies is such a fun and fresh evolution of the classic mutant power education that we’ve seen in X-titles for years. In addition to bringing back academia to the X-kids, Ayala brings back the danger with the Shadow King (yes that Shadow King) as a secret mentor to these kids. Reintroducing this absolutely dangerous and scary figure into “the kids book” is just classic “New Mutants” in the same way that Claremont not only had the Shadow King as a major player but also killed the New Mutants over and over at the hands of the Beyonder. There’s nothing more “New Mutants” than existential horror and bless Vita Ayala for bringing that back to the shores of Krakoa.

Ayala also does something that immediately steps this book up from Brisson and Hickman were on the title. They focus on the women of the New Mutants in a way they kind of got the short end from Hickman’s SamBerto centric story with the original kids. Ayala brings such a tender focus to Dani and Rahne which has always been such an important core to the center of this team. They have Rahne really struggle with the absolute trauma she had been through prior to the Dawn of X and does it in a way that sort of takes the unintentional sidelining of this baggage and makes it into Rahne not wanting to pretend to be ok anymore. For Ayala to turn a narrative oversight into a really poignant moment is really incredible. And the emotional weight continues to Gabby, who Ayala previously wrote in “Prisoner X”, as we get to see her really struggle to find friends now that Laura’s in the Vault in the main title. It’s *so* sad but also really something I didn’t think we’d see explored in any books and I really enjoy seeing it here. In addition, Ayala gives time to Cosmar and a really weighty struggle about her wanting to go through the Crucible to have a body that fits her vision of herself which is…a lot and doesn’t have a lot of clear answers in “New Mutants” #15 but I think it’s a very fascinating topic that Ayala is very equipped to explore. The fact that so much of this heavy and thoughtful emotional storytelling is done in the setting of Doug Ramsey’s wedding reception to his large wife and the levity that it brings is really a testament to the balance Ayala is able to pull off here.

Speaking artistically, Rod Reis is always a joy to read and while he’s no stranger to “New Mutants” it’s great to see him tackle the book under Ayala’s script. Reis gets to have a lot of fun with a handful of the new, New Mutant’s character designs. A particular favorite of mine is Rain Boy who is just a water body with some googly eyes and that’s just delightful. Stylistically there’s definitely a lot of comparisons to be made with “New Mutants” art icon, Bill Sienkiewicz, with Reis’s more abstracted tendencies but there’s a lot more there that makes Reis’s style specific to him. Faces and figures are a bit more clear while backgrounds get more of the abstracted quality. Also, the storytelling style is a bit more traditional, opting for more rigid page layouts. There’s also an excellent moment where I assume Ayala and Reis are conspiring together in honor of the girls and the gays with a panel between Rhane and Dani with a stark pink background against the rest of the pages green with the line “I’m always with you” from Dani. Look…New Mutants (2020) may have been a messy flop but lest we forget that Rhane and Dani were a couple in that film so the seal has been cinematically broken here’s hoping Karma (and Magick) get some new family members from the original New Mutants team under Ayala and Reis’s reign. The book already has a character who uses they/them pronouns so the #agenda is in full swing and I personally am here for it.

Overall, “New Mutants” #15 is a really excellent follow-up to Vita Ayala’s full-time entrance into the Reign of X era and it’s got a lot going for it. There’s a real sense of focus that the book hasn’t really had since it started and the focus it has now is one that has been long overdue for both these characters and concepts. In addition, Rod Reis remains a treat on this book and it’s exciting to see him get to explore new characters and dynamics visually. Ultimately very excited to see where this book goes!

Final Verdict: 9.0 – An excellent refocusing on what a “New Mutants” book can be in the Krokoan era of X-Books.