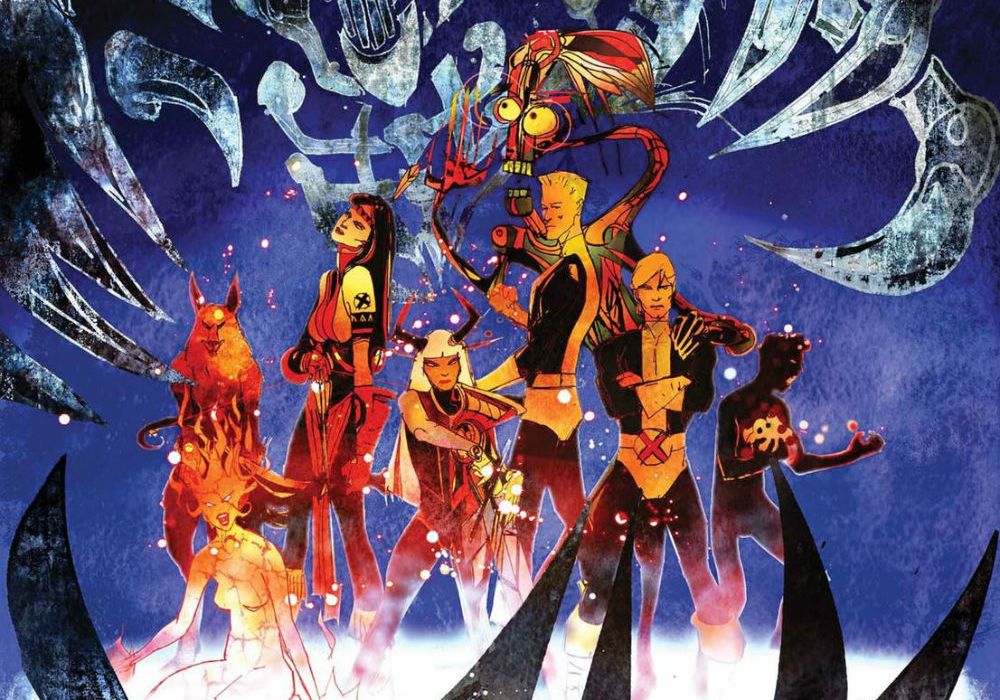 “X-Men” is one of the most prolific superhero franchises of all time, and the focus is on them once again with the recent Hickman-penned “House Of X/Powers Of X” series. But what if we remember a time before the empirical restructuring and grand schemes? The legendary team of Chris Claremont and Bill Sienkiewicz once catapulted spinoff book “New Mutants” into superstardom, and they’ve come back one last time to show these new folks they still know what’s what. Beware, some spoilers (albeit from a series nearly forty years old) may follow. 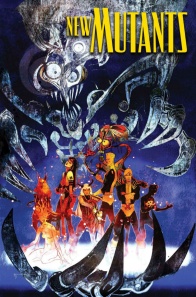 Don’t miss this momentous event as legendary creators CHRIS CLAREMONT and BILL SIENKIEWICZ reunite with Magik, Wolfsbane, Cannonball, Cypher, Mirage, Karma, and Sunspot to share this never before told story of the New Mutants’ past! When Warlock experiences a nightmare, he begins going haywire, and it’s up to his friends to save him! But as Warlock grows more frenzied, they should be worrying about being able to save themselves…and doubly so when Magik’s inner demon, Darkchylde, threatens to break free! Also, a special guest appearance by none other than Kitty Pryde!

It should be said upfront that although this issue can serve as a standalone story, fans and readers of the original run will get a lot more out of this than fresh eyes. That aside, I’m glad to report that this story feels just as classic and exciting as it has every right to be. Claremont still has a great voice for all the cast here, with each member feeling unique and interacting in great ways. Warlock, the temporary antagonist of this story, has a believable and interesting arc in this issue: as someone only just beginning to learn human traits, they’re fearful that they could shatter all the bonds only freshly developed whilst on the team when the inevitable transformation into the Magus happens. The fear Warlock has is all too human, as much as they try coldly distance themselves into robotic monotony. There are other great instances of character voices in smaller ways, too. There’s a great splash page of the whole cast silhouetted, yet we can distinctly tell each member not just by their visual shape, but by their distinct dialogue. Rahne’s accent and worry are present, as is Bobby’s arrogance and Illyana’s dark confidence, especially when they clash with each other. The book, despite being distanced from the original run by decades, feels exactly the same as the originals do, showcasing Claremont’s still got the ability for distinct characterization.

What I love is that this doesn’t just feel like a throwaway story. Claremont presents some plot beats that feel significant and work as a great companion to the original run. One of the biggest examples is that we see what could be the first appearance of Illyana’s Darkchilde form. My only qualm with this is that it relies on a lot of previous character development to feel like a hefty moment. Claremont does get a few moments in when Illyana gets to be snarky, or refer to demons as having a ‘bad temper’, but nothing that feels like it should lead to a complete reversal such as we get here. However, the moment still makes for a great secondary antagonist, and I love the way that the Darkchilde works as a test for the rest of the team, praying on each one’s fears, especially between the polar opposite character Rahne. Doug Ramsey and Warlock’s combined form Douglock also seems to debut here, marking the start of their unique relationship. This moment feels genuinely earned, as we see both characters playing well off each other’s strengths and weaknesses, especially as Doug chooses to take a leap and bond with Warlock’s physical form. Both moments are great character moments that feel classic enough to make this issue feel like a true part of the original run whilst also serving to enhance character development in the original too.

Getting Bill Sienkiewicz back on a comic is perhaps one of the greatest triumphs in recent Marvel history because the man’s artistic talent has only aged like a fine wine. There is so much good here to unpack in the art, so I will discuss notable highlights for me. Sienkiewicz works so well here not only because he can replicate his old style so well, but he can incorporate so many other notable visual styles. We get a take of his that leans much more heavily into the abstract, protean nature of Warlock’s character in the opening pages, with a descending shot of the cast around his darkening, convulsing figure that opens up into a splash page of a manic, splattered and expressive shot of a giant Warlock fighting the team. We also get hints of Kirby in the fight scenes as characters lunge at each other with incredible heft, refined in a sketchy, jagged way that only Sienkiewicz can manage. We even get a nod to Steve Ditko when Illyana teleports to Limbo, with scenery evocative of the classic artist’s “Dr. Strange” run, filled with floating orbs and abstract lines and shapes.

We also get some incredible emotional work in this, with Sienkiewicz adopting a more cartoonish style for faces that conveys expression somehow better than real life. Warlock is a star in this aspect, representing the lowest depths of despair as he descends into fear for what he will become and the highest echelons of hope when he remembers his bonds with his friends. The scene of Doug confronting him is one of my favorite representations of this, as it bridges the two extremes superbly. We get a page of Warlock at his most monstrous before he becomes more human and his eyes look full of anger and fear. Doug responds simply with outstretched hands and a forgiving face, which forces Warlock to slowly melt away into his more abstract and innocent form. Skipping ahead past the final confrontation, Sienkiewicz gives us much more characterization with the two in a small two-panel sequence, where we see them joking around and swapping body parts (just go with it) before sharing a wry yet gentle grin with each other. Sienkiewicz manages to show his mastery of both highly exaggerated emotional highs and lows, and subtler representations through bonds between characters, and I’m completely here for it.

Having to color Sienkiewicz’ art is a big ask for any colorist, yet Chris Sotomayor comfortably handles the challenge. The whole book has a very vivid painterly tone with some grungy shading and textures that accompany Sienkiewicz’ inks perfectly. Some of the best looking moments occur whenever a character is taken over by the transmode virus, as the surrounding colors become darker and the character embodies a single, aggressive color. Amara’s transformation is one of the best at showing this, as the reds of her personality struggle through the encompassing black of the virus. The shot of Illyana fully becoming Darkchilde not only makes my inner goth squeal, but also shows a great mastery of color, with Sotomayor throwing us uncomfortable greens and reds, with the whole page highlighted by the piercing blue of her soulsword. Each page uses wild palettes like these, showing Sotomayor has the chops to bring this work to vivid life.

“New Mutants: War Children” is an example of revisiting nostalgia done right. Everything that was fun about the original run is present here, and this addition also manages to boost the source material in new ways too. Claremont’s character work is as strong as ever, and Sienkiewicz still proves to be as legendary as usual. If you were a fan of the original run, this is necessary reading.

Final Score: 9.0 – Claremont and Sienkiewicz prove that they’re still one of the best creative teams in the game with “War Children”.