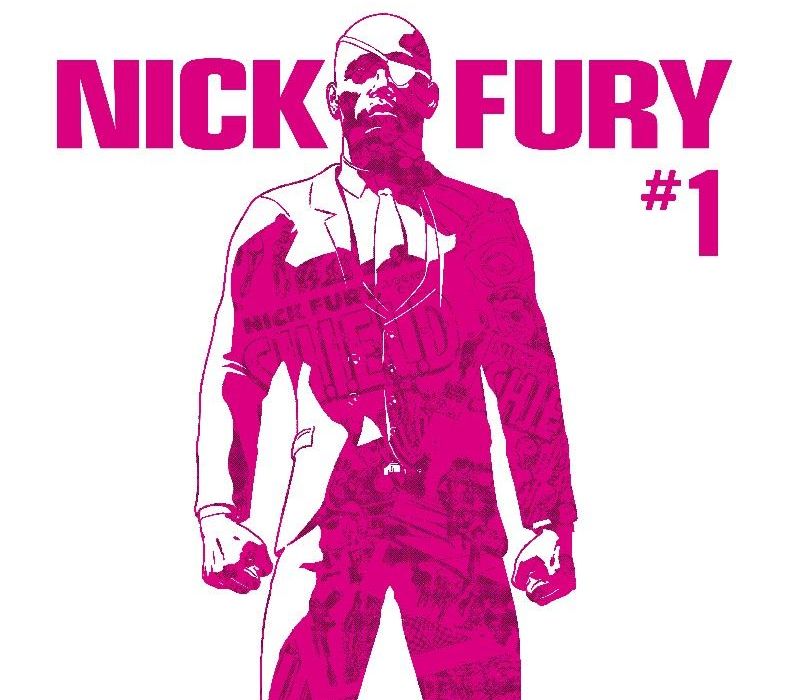 Nick Fury Jr., or Marcus Johnson as the character was originally named, has existed in the Marvel universe since 2012. Even though he’s appeared in plenty of issues, he hasn’t held the spotlight since his original miniseries “Battle Scars.” This new “Nick Fury” series is the first real chance to show readers what the world’s top superspy is all about, and the creative team wants to show you with style and panache. 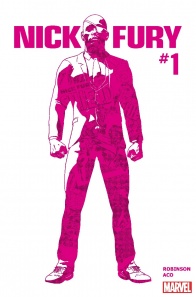 FURY. NICK FURY. The world is a dangerous place. And there’s danger in drawing attention to your plans. When S.H.I.E.L.D. needs a lone agent to infiltrate, capture and remain anonymous, there’s no one better than NICK FURY. An all-new era for the superspy begins here, as Fury is sent on a top-secret mission to the French Riviera. He’ll need to outmaneuver the enemy as the complex dance of espionage begins, but will he meet his match in the mysterious FRANKIE NOBLE? Grab the edge of your seat and don’t let go – this caper’s just getting started! Rated T+

My dad was an avid read of Jim Steranko’s “Nick Fury, Agent of S.H.I.E.L.D.” in the late 1960s, and one of the first comics he ever got me was the “Fury of S.H.I.E.L.D.” books of the early 90s. As such, Nick Fury was one of the first Marvel characters I ever encountered. I enjoyed the Samuel L. Jackson inspired version of the character in the Ultimate Universe and was delighted when Jackson played the character in the MCU movies. When the comics did some continuity gymnastics to replace the older (white) Fury with his (black, Jackson lookalike) son, I enjoyed the books for what they were. It seemed like a good chance to get a Nick Fury book like those earlier series, focusing on Fury’s adventures as a secret agent in the field.

This series finally lives up to that premise, and it is leaning hard on the Jim Steranko books. This isn’t exactly a surprise. Writer James Robinson loves playing with continuity and paying tribute to earlier writers. It’s part of his charm. As such, this first issue is somewhat inconsequential, showing the younger Fury walking into a casino, using gadgets, wits, and secret agent training to take out some Hydra bad guys. It’s standard stuff, but done with enough of a wink that it feels mostly fresh.

Take the ultimate bad guy of the arc for example. Fury is in pursuit of one Auric Goodfellow, not to be confused with Auric Goldfinger. Fury uses a fancy watch to play havoc with the casino’s security systems. The Sean Connery era bond influence is everywhere, and runs deep.

This is best represented in the Art by Aco, Hugo Petrus, and colorist Travis Lanham. They remember that classic Jim Steranko cover of Fury posing in front of an abstract and psychedelic spiral. The book’s whole style is trying to capture that image, but with a modern twist. Steranko wishes he had access to digital finishing techniques and modern colorization. The result is a style that’s part Steranko, part Chris Samnee, and part it’s own thing entirely. Everything is drawn in a bold, iconic style, trading realism for a fluid cartoon world. Sound effects are big, frequent, and sometimes come flanked by shooting stars. Fury wears a light blue suit, as he drives his pink flying car past an orange and yellow sky. Everything is colorful; everything pops.

One stylistic choice I could have done without was the layouts. Nearly every single page is a double-page spread. This works on pages with lots of tiny panels, showing the intricacies of Fury’s maneuvers, but the issue never slows down to show the emotional stakes of anything. The all-double-page-spread style works for grand finales as in “Fables” or with the painterly panel work of J.H. Williams III in “Batwoman: Elegy” but here it sort of turns all the action into a dull roar. Maybe the book will slow down in future issues, but as it stands, I read this comic alarmingly fast, and with Marvel’s prices creeping up every year, my dollar-per-minute value was quite low.

“Nick Fury” oozes with style, and if that’s what you’re looking for in a comic, this is a must-buy. What it’s lacking is substance, and feelings. This Nick Fury is a legacy character, doing the same job that his dad did before him. His dad never operated alone, but always had Dum-Dum and the other agents of S.H.I.E.L.D. by his side. There’s great talent in this book, and hopefully they won’t wait too long to give us a reason to love Fury Jr. as much as his dad.