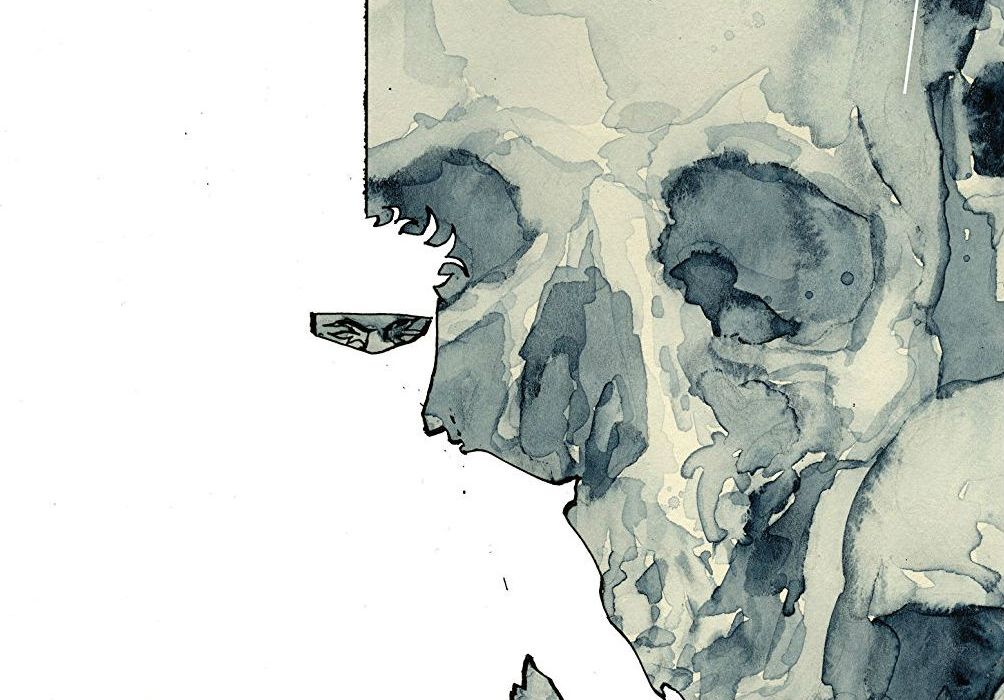 Valiant sees the passing of the torch as Matt Kindt brings the coda to his multi-year run on “Ninjak” and Christos Gage begins his. How does it go? Let’s find out. 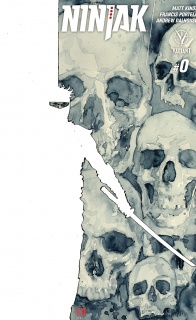 AN ALL-NEW JUMPING-ON POINT! AN EXPLOSIVE 40-PAGE MILESTONE! Ninjak’s past and future – in the crosshairs! Behind the years of training… Underneath the high-tech gadgetry… MI-6’s most experienced operative is still flesh and blood. So just how is a mortal man like Colin King able to survive in a world filled with telekinetic psiots, eternal warriors, and sentient suits of alien armor? The key to Ninjak’s survival is buried deep in the past…and today, the world’s most dreaded super-spy prepares to reveal his most closely guarded secrets! FIRST: Superstar writer Matt Kindt concludes his masterful, record- setting run alongside fan-favorite artist Francis Portela (FAITH) and an all-star cast of special guests with an essential and revelatory tale of Ninjak’s deadly beginnings! THEN: The gauntlet is passed to acclaimed writer Christos Gage (Netflix’s Daredevil) and blockbuster artist Tomas Giorello (X-O MANOWAR) as they prepare a startling introduction to Colin King’s next mission with a shocking prelude to NINJA-K #1, a riveting new ongoing series beginning in November!

Ninjak. Ninja-K. Nin…jaku. Sorry, I’ll stop this. For the last few years, Matt Kindt has guided one of Valiant’s most prolific characters on a journey of… fluctuating quality. The first arc was real good, second was good but too short, third arc was weird, fourth arc was fantastic, but then five to the ending with “Rapture” was just okay. Now, Kindt comes to the end of his time with Colin King by actually digging into a simple question: How does he do it? How does Colin do all the things he does? Not from a physical standpoint, but from a mental and emotional one. How does he not go insane?

If you are looking for some giant fight, then look elsewhere. Despite the flashback sequences peppered throughout, this is actually a pretty quiet issue as Ninjak talks about the level of compartmentalization he has to maintain. That there are many “Colin Kings” throughout his life. Everyone of them stored away for future reference. There is the nine year old Colin that needed desperately to find some form of control in his life and get away from his alcoholic parents. There is early twenties Colin who is trying to find something to fill the hole in his life, training to be a spy. He found love in Angelina and subsequently lost it. And of the travels he went on to find… something. Anything. Eventually finding the Undead Monk and becoming the ninja/spy/assassin he is now.

Let me say this: I like the ideas that Matt Kindt presented here. Mental compartmentalization is an interesting topic because it’s also about suppressing our emotions to a degree. Colin King, as a whole, is a bit of a cold character. Closer more to Craig Bond than some of the more colorful Bonds. I wouldn’t call it sociopathy (also, bare in mind: not a therapist!), but he’s always had a detached nature to some degree and throughout the series, Kindt showed that. But while I liked the ideas, Kindt only does surface level with the idea of compartmentalization here without digging any deeper, it serving as a vehicle to relive some of the better moments of the series. Speaking of, it’s interesting to note, none of the more supernatural-heavy parts of Kindt’s “Ninjak” series are revisited here, which is all for the best since I found those parts to be the weaker areas.

Francis Portela and Andrew Dalhouse serve as the major backbone of the artwork here, drawing the present day scenes. They serve as a solid team, as with most of their previous Valiant work. An interesting aspect they play with here is time. All of the present scenes are taking place within the span of Ninjak firing an arrow with the issue concluding with it hitting its mark. Each page of the issue has this trajectory as the focal point, with all the character work and action dressed up around it. It does make for a nice visual storytelling of Ninjak revisiting all his various “Colins” before they fade away into the present with the arrow hitting its mark in the cool, professional manner that is Ninjak. The past scenes come from a row of guest artists, some of whom (Evans, Torre, Ryp) having previously worked on the series, all providing nice contributions to the multifaceted background of Colin King.

Before talking about the backup story, I just wanted to give a tip of the hat to the cover art. David Mack has always been a fantastic cover artist and he hits one of my favorite sweet spots here: negative space. Ninjak being a completely blank character on a palette of skulls serves as not only a grim visual, but helps reinforce that detachment and compartmentalization central to the issue. Just a very good cover.

With that, Kindt’s time comes to an end, but we have a backup story: a prelude for the upcoming “Ninja-K” series by Christos Gage and Tomas Giorello. The story delves back into the Ninja Program of MI6 (making the hyphen more important than the one in ‘Spider-Man’ because it’s meant as a designation. Eat it, fanboys). It provides an interesting tease, as we see the last moments of the old and retired Ninja-D (Ninjd? Ninjaed? “You just got Ninjaed”?) and the mysterious figure hunting down the rest of the Ninjas. Just a tidbit, but Gage and Giorello do enough to make one interested to at least give the first issue a try.

On the whole, “Ninjak” #0 is a victory lap. A victory lap for a series that fluctuated, but one nonetheless. It’s Matt Kindt putting the period mark on a character he has worked on in multiple projects throughout his time at Valiant. Perhaps because so, the issue isn’t as deep as it perhaps could have been, but it provides an interesting, if base, statement on Kindt’s interpretation of the inner workings of Colin King. It’s the handing off of the baton to a new creative team, one that will hopefully live up to the legacy Valiant is building.

Final Verdict: 6.9 – A nice, if simple, coda to Matt Kindt’s time with one of Valiant’s premiere characters.