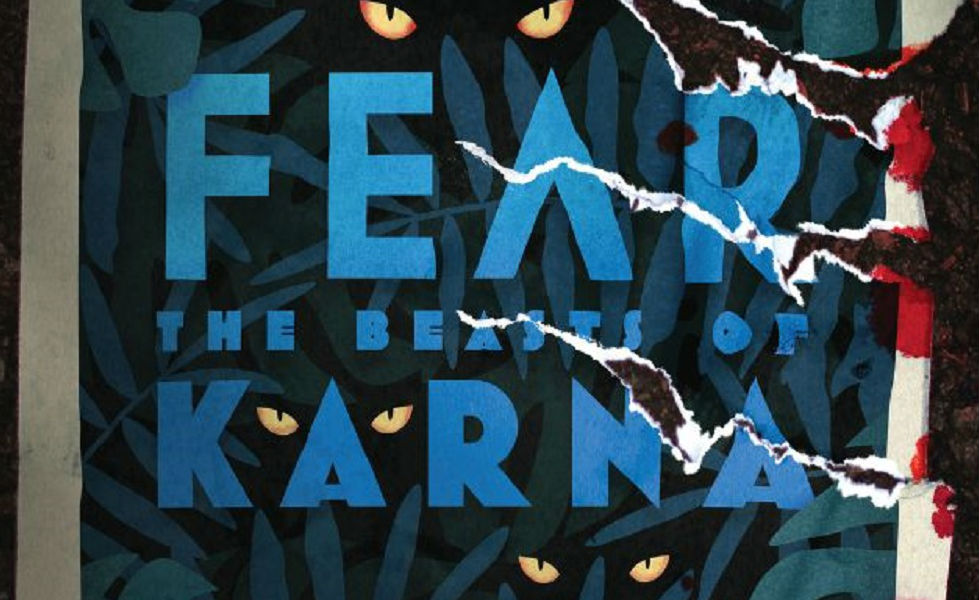 With the devastating one-two blow that was issues #8-9, the Omega Men get the war they want and Kyle Rayner is in the thick of it. So how goes the kickoff to the final arc of the series? Let’s find out: 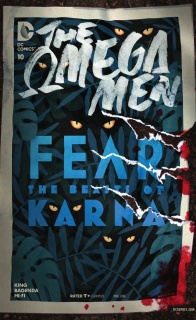 The explosive revelations of issue #9 have turned all eyes toward Vega, and the Citadel must act fast to crush rebellion and maintain control over the most valuable resource in the cosmos. The Viceroy’s first target? Karna, the insurgent, jungle homeworld of the Omega Man by whom he feels most betrayed: Tigorr, his own wayward son. The epic final act of DC’s critically acclaimed space opera begins here!

This may be the weakest issue in the series.

Maybe it’s because it comes off the tail of an incredibly powerful end to the second act of this series, but this issue, which was mostly action as it goes through multiple weeks of battle taking place on the planet Harna, just felt a bit off from most of the other issues. After reading the issue a couple of times, I finally realized what the biggest problem was once I took a look at the credits panel.

The colorist changed. Instead of the colors of Romulo Fajardo Jr. we had the colors of Hi-Fi. Now, let me first say this: I love Hi-Fi as a colorist. When I think of bold, upbeat, bright and vibrant superhero work, you can’t do much better than Hi-Fi. And therein lies the problem: “upbeat”, “bright” and “vibrant” are not words I would use to describe a book like “The Omega Men”. And even for Hi-Fi, there are weaknesses in the coloring. It seems like Hi-Fi is trying to match Fajardo’s style and it just looks flat instead of the stylistically drab that the book has been (in a good way).

But it’s not just the coloring with this book. There felt like there was some things off with the writing, I’m afraid to say. Again, after the events in issue #9, this doesn’t feel like the situation Kyle Rayner would put himself in. It really does feel like that he’s doing this so we can examine the Omega Men a bit more, but now there feels like we’re repeating things. Now, repetition -in particular, words- has always been a trait with Tom King and it’s been one I admire. But now it seems like he’s repeating character beats just to reinforce the dark grey morality of the Omega Men, but it doesn’t feel as fresh this time.

I cannot even say that time was taken to develop the forces of the Citadel either. Like the repeating character beats with the Omega Men, this issue felt like another chance to reinforce the fact that the Citadel leadership are a bunch of greedy bastards with little to no redeeming qualities, which I do think goes flying in the face of the tone this series has tried to set. It seems like the book is trying to justify the actions of the Omega Men by making their enemies worse.

We are swiftly approaching the end to this series and, as was revealed at DC’s conference at Wondercon, Tom King is going to be moving on to the granddaddy book of the line, “Batman”. And while that news is incredibly awesome, I am just hoping that it’s not going to be to the detriment of “The Omega Men’s” conclusion. This book was so much better than it had any right to be and I would love to see it make the landing.

Final Verdict: 6.8- A weak (well, “weak for Omega Men”) start to the final act of an otherwise great series.