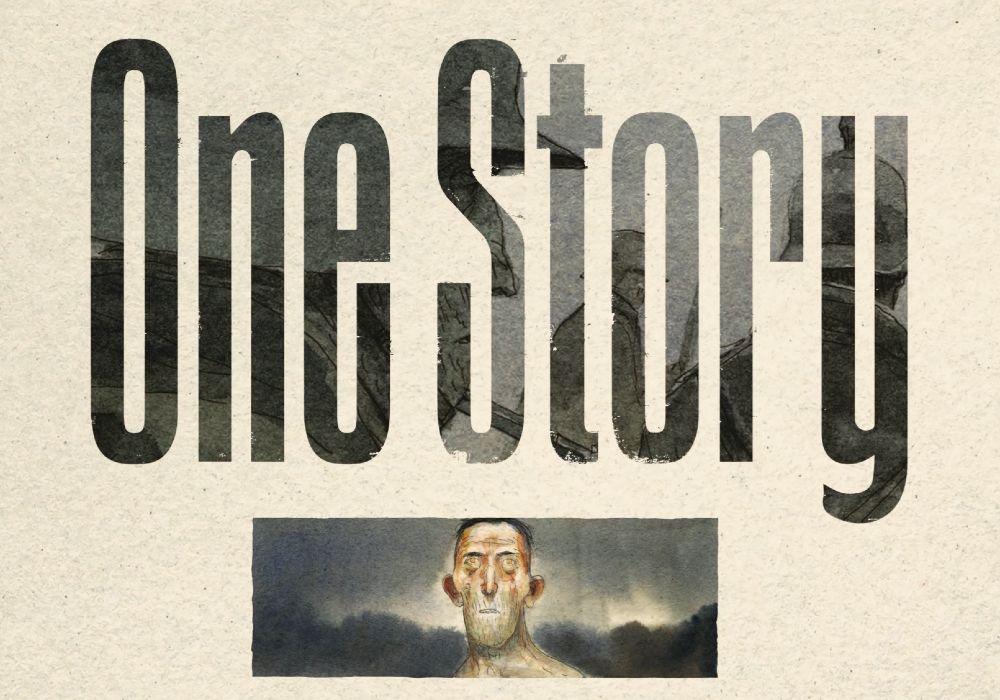 In One Story, Italian cartoonist Gipi uses tragedies of war and of family to tell a single, unified story of the sorrow. 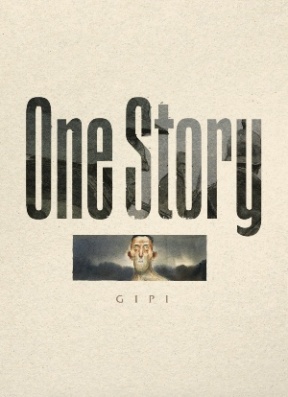 Dual narratives by the acclaimed Italian cartoonist poetically describe how choices our ancestors made dramatically affect generations to come.

One Story is actually made up of two intricately entangled tales. Silvano Landi is a successful writer, who, at the age of 50, sees his family leaving him and his life harshly falling apart. Landi’s great-grandfather, Mauro, is an anxious soldier being fed to the maw of carnage in the First World War. Alternating between past and present, a psyche ward and the bloody trenches, and told through revealing repetition and complex clues — a lone gas station, an apathetic baroness, found love letters — One Story documents the origins of pain that serve as the roots of a twisted family tree and allows the reader to trace the branches.

“One Story” is about two men, three generations apart, and a sudden tragedy that links them. This is a non-linear narrative, covering both a soldier trapped between trenches in World War I, and a man trapped in a mental institution nearly a century later. And that latter story is itself scattered, starting in the middle and gradually showing how it starts and ends.

It’s complicated, but every book tells you how to read it, and “One Story” tells us right up front with the very title. These two men are the same, experiencing echos of a tragedy that defines each of them. Specifically, in their faces.

There’s a repeated motif of the utter shock of people becoming old, and how it age carves itself into all of us via our face.

“If an eighteen-year-old woke up suddenly one night, and in the mirror saw… his face had the skin of his fifty-year-old future self, he would die.”

But why would he die?

Later on there’s an invented mythology, plopped down in the absolute middle of the comic. It says that humans were created with pure, featureless faces. (And, artistically, they exist as negative spaces in the world.) It’s only through millennia of tears that our faces took shape, transforming us from pure beings to modern creatures of sorrow.

That’s what Gipi is saying about what an eighteen-year-old would see in the mirror. It’s not the wrinkles and the sagging skin, it’s the accumulated sadness that carved itself there. It’s a reflection that speaks to a future of sadness that is just unimaginable to someone who hasn’t experienced it.

And sadness infuses this comic. The twin stories are a young soldier who loses a friend in a scene reminiscent of the M*A*S*H finale, “Goodbye, Farewell and Amen,” and an older man who loses his family in a more modern fashion: divorce. Both stories carve themselves into these people.

The chapter names themselves speak to some of the horrors of this story. The first three chapters are named “Bituprozan,” after a drug used to control the emotions of a man in an asylum, “Maschinengewehr,” the german words for machine gun, invented because modernity demanded it, and “Editor,” a voice inside the old man telling him what story is worth telling. The last two chapter names are “Null,” and then an untitled chapter, empty. It’s here that we finally learn what a couple recurring symbols mean to our two men.

The artwork in Gipi’s “One Story” swings widely between lush watercolors and seemingly unfinished inking. Page by page, and panel by panel, he moves from slowly unfurling colors that melt through the pages, to caricature-inspired sketches (that looks like Eddie Campbell’s “liberated penmanship”), and all possible permutations thereof.

There is even one half-panel of traditionally-photoshop colors, an intrusion of a simpler and wrong-headed world on this one.

Watercolor is a very traditional method for coloring comics, but it’s mostly invisible–it’s used behind strong inks and tries not to call attention to itself. Gipi isn’t having any of that nonsense, and these watercolors on heavy, course paper lean into the gauzy, impressionistic bleeding that make it such a distinctive medium. He’s uses different tonal palette to very clearly set different moods, and then lets them fade away as memories change and people leave the page. Or die.

Gipi pushes the medium of comics forward quit a bit. One little piece that stands out to my wonky eyes is his use of empty dialog balloons. A band of soldiers jumps over the trench and into no man’s land, a probable death sentence, and their dialog balloons are all empty. They could be screaming, joking, praying–we’ll never know. History never bothered to record all their words, so why should we now know, sitting comfortably and reading their stories from afar?

World War 1 is a criminally underrepresented war in art, across all art mediums. There are a dozen viewpoints to World War 2, but only one viewpoint for WW1, and that’s the trench. It was captured best in Jacques Tardi’s It Was the War of the Trenches. But this comic doesn’t join Tardi’s masterpiece, because this isn’t a war comic. “One Story” is deeply psychological comic. It’s two tragedies of two distant family members. It’s different pain, but pain is universal.