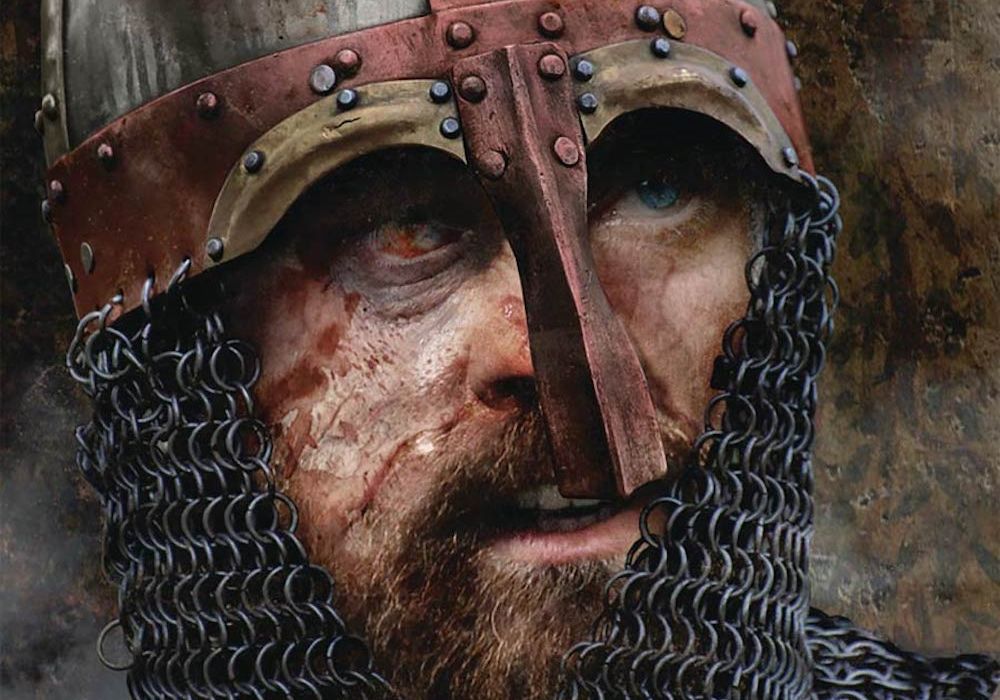 Dive back into the world of medieval undead with “Pestilence: A Story of Satan” #1. 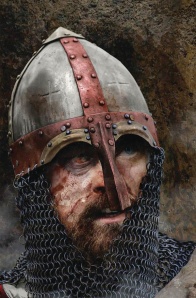 The second volume of this hit AfterShock series starts here!

The year is 1353. The fugitive Roderick Helms has retreated to a life of hidden seclusion after failing to expose the Church’s role in the Black Death. But something threatens to bring him back into action. Something that has risen which will threaten to transform the waning plague into a far more darker and sinister crisis. And that something is none other than Satan himself!

“Pestilence is a refreshing new take on the zombie genre. It really drives home the claustrophobic onslaught of the undead.” -James Ferguson of horrortalk.com

By necessity, this review of “Pestilence: A Story of Satan” #1 will include spoilers for the previous volume to some degree. In particular, the cause of the outbreak (which is of course already spoiled in the solicitation above).

Returning to the “Pestilence” series after the ‘A Story of Death’ arc previously, Frank Tieri’s writing has a very different feel for ‘A Story of Satan.’ Whereas in the previous arc, Tieri primarily relied upon the general tropes of the undead, with the only actual supernatural bents coming in the final issue, this one starts with the supernatural, and uses it to enhance the horror inherent in the series from the get-go.

The more supernatural bent changes the tone completely from a medieval, relatively mundane horror with zombies that can be hypothetically cured (albeit with some rather interesting mechanics of their intelligence) to a tale of possession and seeming biblical apocalyptic implications. Satan himself finally makes his (possessing) appearance with an interesting mixture of crass and intellectual dialogue, and what happens to the Risen, the name for the support group of ex-undead led to some degree by Sir Richard Moore, is both tragic and terrifying in equal measure, showcasing that perhaps the infestation from the diabolic powers is incapable of being stopped after all.

In the two years since the time of the prior story, what has become of the Fiat Lux, the black ops organization once led by the Church, is very depressing. However, the logic behind their sorry state is entirely sound. Why should anyone trust the word of Roderick Helms, the man who killed the previous Pope? Why should they distrust the word of the Church and believe that they had hidden the entire reason for the outbreaks to keep word of Satan’s influence from spreading? As such, Tieri portrays Helms as depressed about his former role as a religious agent and more or less happy in his fugitive life as Jean LaForte in France. While in many situations, his reluctance to get involved in the struggles against the undead would be enough to drive readers away, the harsh nature of his failures make such reluctance all the more reasonable, and the desires of his former comrades for him to return to duty no less justified.

In all, the reintroduction to the various characters of “Pestilence,” along with the very different tone overall, helps Tieri make for a very good place for new readers to come in for a relatively fresh start.

Much like the previous volume of this series, Oleg Okunev excels in his portrayal of medieval Europe. Masses of people are grouped together well as mobs, but distinct enough to tell one person apart from another. Images of loneliness, such as Sir Richard’s lonesome foray outside, mix menace with sadness, shifting from one to another depending on the scene itself. By the same token, the more calm, smaller group of ex-Fiat Lux provides an orderly, albeit definitely not entirely soothing, atmosphere among the kindness of friends. Okunev also provides the returning method of discerning where people are by having a map on one page in the middle of the story, showcasing the growing menace of the plot.

Whereas some of the facial expressions of the various humans are already haunted, the truly haunting visages of those connected deliberately to Satan himself cast a far deeper shadow over the entire story. With dark, pitiless eyes and forked tongues, the monstrous undead and those otherwise infected with the eponymous pestilence appear truly inhuman in a way that they did not in the previous series, coupled with some truly disturbing, visceral imagery that accompanies the arrival of the Devil.

Rob Schwager’s colors add a great deal of depth to this plot of demonic, diabolic horrors. Deep, bloody reds are shown liberally throughout the scenes including Satan, including in the eyes of the possessed mixed in with the black. Dark blues and disgusting oranges also factor in for a subtle “darkness, fire, and brimstone” concept.

On the other hand, there are brighter, nicer colors elsewhere. Cardinal Shaw’s efforts to cure the undead are shown with soft, sea based blues and a bright sky, giving the idea of hope that can be immediately, thoroughly crushed by the plot itself. Schwager uses a darker palette for the time with Helms and his former comrades, indicating calm, peace, and depression in equal measure.

Last, there are the images of violence, all of which are given a blood red film over them similar to, but in some ways distinct from the colors given for Satan. Though the flashes of red over Sir Richard’s face are shocking and disturbing, the images such as an execution of a noble priest and the violent concluding pages both have a deliberate change in the background tones to use a lot more red, as if literally painted with the blood of the victims.

Final Verdict: 8.0 – A very disturbing reintroduction to the world of “Pestilence” shows that ‘A Story of Satan’ is definitely on the right track.