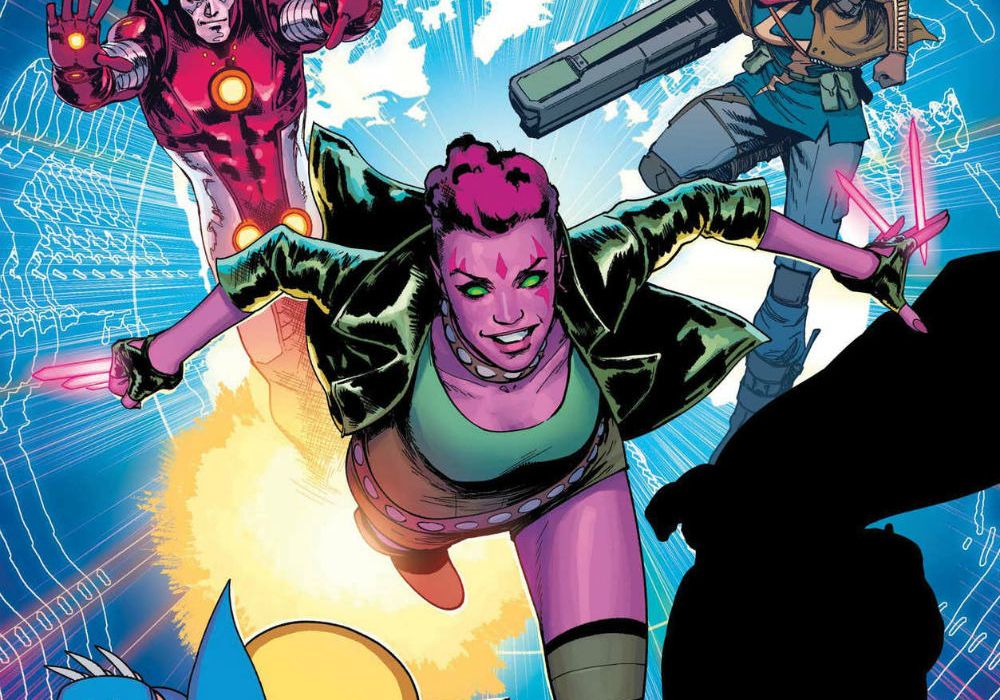 “Exiles” #1 does more in a single issue than most comics series do in six. More than that, it navigates complex continuity with aplomb and uses the storytelling medium for its full effect. A team of universe-hopping misfits was always going to be a fun comic. What’s impressive is the level of technical prowess Saladin Ahmed, Javier Rodriguez, and the rest of the creative team display. 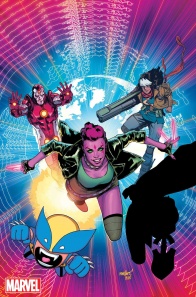 DON’T BLINK – THE EXILES ARE BACK! Fan-favorite X-Man Blink once joined a team destined to save not just the world, but the entire Multiverse. And now, her teleporting talents are needed once again! When a mysterious threat begins eating away at the fabric of the Multiverse, the Unseen – the man once known as Nick Fury who now can only observe Earth from a lofty post on the moon – must recruit a champion to save it. But she can’t do it alone. Who will join Blink’s new team – and can they ever go home again?

Let me start by saying that I’m a huge fan of the original “Exiles” series. The book wasn’t always Good Comics, but it was always lots of fun, and was one of my favorite things to read on a look commute. That love put this new series at a disadvantage; it would be hard to measure up. The differences were already bothering me- “Exiles” was primarily a book about obscure “X-Men” characters. Adding Iron Lad, Valkyrie, and Kamala Khan to the mix seemed to go against the base concept of the book.

I should have known better. Because the other thing I’ve really grown to love are the comics of Saladin Ahmed. His “Black Bolt” was an instant classic, and “Abbott” is proving to be excellent. Ahmed re-introduces a staggering amount of complex continuity. He establishes Blink, a.k.a. Clarice Ferguson, the original protagonist of “Exiles.” He covers the mechanics of the Tallus, which allows her to travel between universes. He even explains The Unseen, who used to be Nick Fury, but is now chained to the moon watching universes crumble out of existence. That could have been enough, but then the book actually gets started.

Blink gets started on her universe hopping adventures, meeting Khan, an old lady version of Ms. Marvel who has become more Sarah Conner than upbeat superhero. They also travel to the future and meet Iron Lad, in a sequence that takes place between the panels in the original “Young Avengers” miniseries. By the end they also meet the main villain, who is exactly who I thought it would be, but still made me smile.

I can’t shower enough praise on Ahmed’s scripts. Rodriguez has a distinct style as a colorist, but Ahmed constantly gives him groovy stuff to draw. Whenever the Unseen is on panel, the reader is overwhelmed by the visual of chains. These aren’t always intended to be literal, but they positively drown you in the feeling of being trapped, of having your freedom taken away from you. At its core, “Exiles” isn’t what I would call a smart book, but Ahmed and Rodriguez can’t help but inject strong thematic motifs into the background of their silly adventure.

They also do fascinating stuff with panels and layouts. That blows my mind. Writers from other media rarely take full advantage of comic book storytelling techniques, but “Exiles” does so masterfully. An early splash page of Blink shows her in a typical hero pose, but her body is made up of dozens of panels of different images. Put together, they make up the character, but you visually get a strong sense of her history, and the breadth of her crazy adventures. A big time “Exiles” fan like me was thrilled to see Sabretooth, Thunderbird, Nocturne and Beak, but even without understanding the stories being referenced, the meaning of the image is obvious. Blink has been around, done some stuff, and seen the craziest sights the multiverse has to offer.

Not everything is groundbreaking. Some of it is just competent. When Blink and Khan leave one reality behind, the panels fade away and fall off the page, leaving the two of them suspended on a blank page. I’ve seen this trick before, but it works here. It’s well utilized. It’s trippy and fun, two words I’d use to described this comic again and again.

As I review this issue, it’s the little things that stick out at me. Ahmed includes a brief scene of Blink eating shellfish with her auntie in the Bahamas. It’s a dense, one-page scene that reminds the reader of Blink’s ethnicity and complicated family situation. It’s filled with characterization, and helps establish the stakes. We understand what Blink is fighting for. That’s so much story conveyed in such a small space.

There’s lots of great comics out there, but superhero stories are still the dominant genre. Creators of superhero adventures should look to “Exiles” #1 as a shining example of how to introduce a new series. It throws decompression out the window, and cuts to the fun while establishing its world. It draws heavily from what came before, but manages to be accessible to new readers. I’m thrilled to be hooked on an “Exiles” series once again!