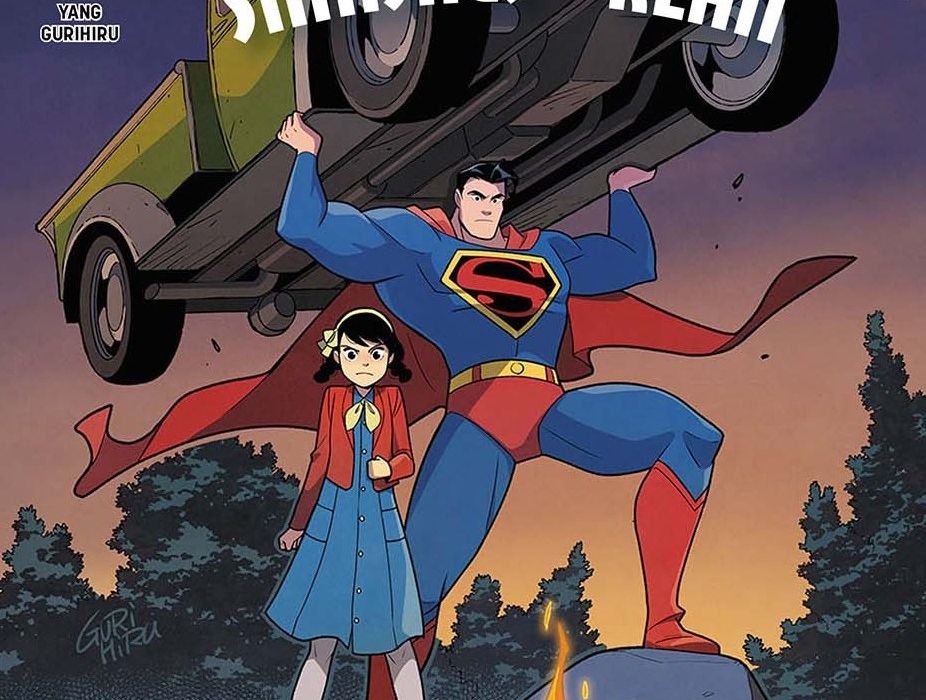 “Superman Smashes the Klan” is an excellent example of how a passionate creative team can infuse a new viewpoint to a character, while telling a story that is relevant on today’s climate, but still accessible to a wide audience. 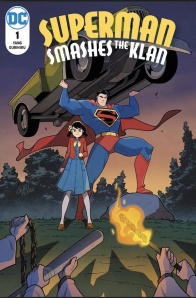 The year is 1946, and the Lee family has moved from Chinatown to Downtown Metropolis. While Dr. Lee is eager to begin his new position at the Metropolis Health Department, his two kids, Roberta and Tommy, are more excited about being closer to the famous superhero Superman!

All-ages comics are something of a double meaning on the industry. While some readers will understand it as an accessible entry-point, free of some mature language and visuals, other will cast it aside as a watered down version of the heroes and themes that can be best explored elsewhere. With that in mind, perhaps the best compliment that can be made about “Superman Smashes the Klan” is how the creative team managed to straddle the line between truly being an iconic, atemporal even, portrayal of Superman, without coming across as pandering or without substance.

The first elements that will draw the audience in is the quasi-animated, cell shaded art style by Gurihiru. Both super and ordinary characters on “Superman Smashes the Klan” look incredible, popping out of the page, with lines filled with expression, nuance, and energy. The two young siblings, the true viewpoint for the whole story, are adorable, their more minute stature as children not overshadowed by wrong proportions, so common to artists depicting kids. Superman, whenever he flies into the sky, or stands up in front of danger, is the big brother, or friend, one would like to have by their side in the face of adversity. It is a thin line to walk on: make him too ordinary, and lose the sense of awe, make him too large, and lose the connection to any humanity. Gurihiru was masterful on how he chose to deliver those moments, with just the right amount of balance.

Another aspect worth noting is how the art deals with serious, terrible, sharp iconography of horror. Not horror as in supernatural monsters that prowl in the dark, but the dark in the heart of humans and how they creep into the world. Case in point, the cross burning of the Klan, the prejudice, the anger on their faces as they justify terrible actions. Keep in mind, this is a story told is a decidedly cartoonish way, so it would have been very easy to slip into a faux sense of levity, of impossibility. And while Gurihiru did not change the style on those moments, it is shown as realistically as possible within those confines, and certainly grounded in the context of the story.

That is, in a way, the greatest triumph of “Superman Smashes the Klan,” the combination of what the script is aiming for and how the visual walk hand-in-hand. It is clear, from page one, that writer Gene Luen Yang has a lot to say about the subject matter. His own history – which he discusses on an afterword to this issue – overlaps in tones and themes with those topics of facing prejudice and biased behaviour. That translates tremendously well as the story progresses, and using the viewpoint of children, old enough to understand what is happening, but young and brave enough not to be intimated by it, was genius. They really steal the spotlight from Superman every chance they have, and it is only when the connection that Superman is also an immigrant, an outsider becomes more prevailing, that the tale comes full circle.

Luen Yang shows the same balance on his dialogue. Once again, the writer shows restraints in not letting the exchanges be too light (reducing the importance of the topic at hand), but not exaggerating on how verbose or grandiose to alienate its target audience. That dialogue really is the only written component to explain the broader meaning of “Superman Smashes the Klan,” as there are no call-backs, or editorial notes, or inner monologues. The world is explained through conversation, through people interacting… much like every day life.

At the very end of “Superman Smashes the Klan” #1, as mentioned before on this review, Gene Luen Yang provides a personal account of his own life, how it intersects with the radio show of Superman, and with the topics just discussed on the issue. That recollection is great on its own, but the insertion then, not as an introduction, is just as compelling. Had it been revealed sooner, it could be seen as exposition, as a cheat, in a way, to facilitate the understanding of the story. Instead, it comes across as a great complement, a capping stone, to an already excellent comic book, that connects to its audience, not by pandering, but by respecting the difficult subject and its readers intelligence.

Final Verdict: 8.9 – “Superman Smashes the Klan” #1 is a remarkable example of how to address a complex topic in an accessible way, wrapped in a visual style that just clicks.