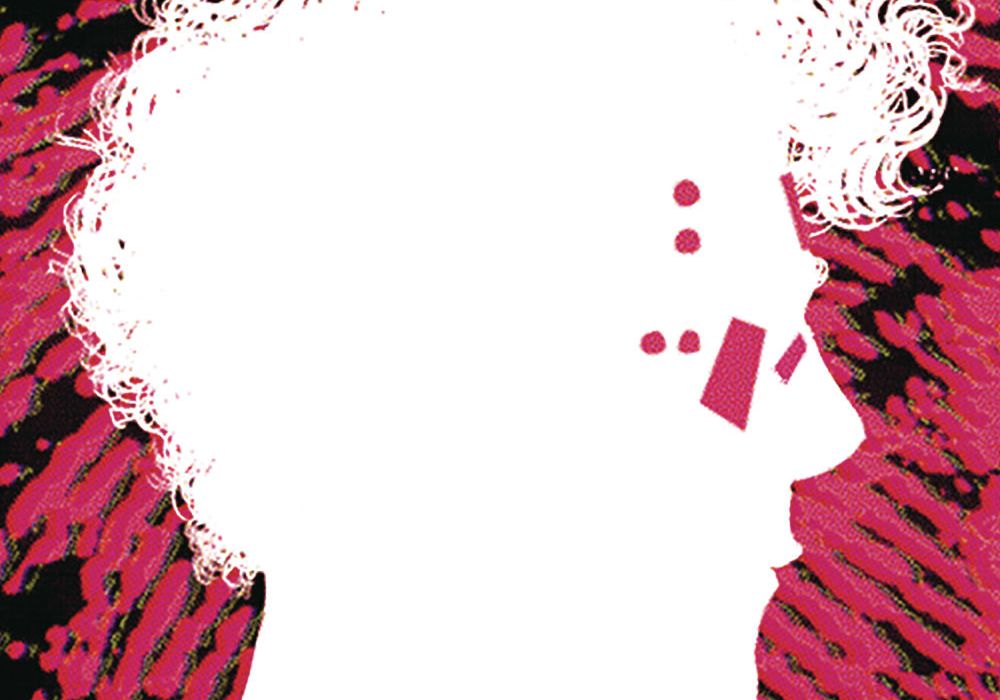 At 60 pages, you’d think reading the premier issue of this 5-issue miniseries might feel…I don’t know…a little more like you just read half of an Image Comics trade paperback. That’s almost three issues’ worth of comic! But reader, I’m here to tell you that “Thumbs” #1 will be over before you know it and, when it is, you’ll wonder where the past hour went. And you’ll probably be sad, because the comic is very good, and now you have to wait to find out what happens next. 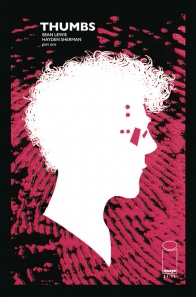 Imagine someone like, say, Mark Zuckerberg created his own army of tech-obsessed teens and directed them to take on the government. What would the fallout be? Charley “Thumbs” Fellows is a member of just such an army. Poor and raised by the influential MOM™ app, he finds himself in the center of a war. The Social Network meets Blade Runner in this big event book from the team that brought you the hit series THE FEW!

Set in the not-too-distant future, “Thumbs” imagines a two-tone dystopia where tech-forward teens take on a Luddite government. We following a single brilliant, titular youth who may be the revolution’s last hope. But before he can bring down the government, he’s got to save his sister.

It’s a fairly straightforward premise to base a miniseries on. Taken at face value, it’s easy to understand quickly, then move on with the story. However, not spending a whole ton of time developing either side’s platform leaves you wondering: what if this tech genius’s revolution isn’t for the greater good? What if the government’s harsh treatment of individuals who engage with technology is just self-defense? And does Thumbs really care about the revolution as much as he cares about getting his sister back?

There’s not much time to mull over those questions and their answers. “Thumbs” begins in medias res, amidst chaos and confusion, and spends most of the rest of the issue showing who Thumbs is and how he got here. But even these more peaceful flashback scenes are compelling, the way Sean Lewis pens them. Thumbs is a likable character many readers will likely be able to identify with. He has trouble fitting in with the outside world, so he plays video games. Those, he’s good at. Plus, it’s easier to make friends in that shared virtual world.

The dialogue between Thumbs and his sister is sweet, and you can tell they’re close not just by the dialogue itself, but also with how the word balloon tails intertwine as the two converse. Their relationship feels natural in that effortless existence two siblings share when each other is all that they have, and that makes Thumbs’s mission something the reader actually cares about.

Speaking of natural, effortless relationships, Sean Lewis and Hayden Sherman seem to be simpatico as co-creators. Having experience working together on “The Few” likely helped, but you can tell from the innovative use of the medium that both are working together toward a shared vision. You can also see it in how both creators expertly build tension in this surreal techno-dystopia. While Lewis works through suspenseful plot points, panicking characters, and repeated phrases, Sherman does it through color, action, and jaw-dropping splash pages and page-turn reveals that are explosive and dramatic.

Most pages have only two colors (the exception being a light blue that may just be present to help define edges or create a blur effect); almost everything is done in greyscale with bright, neon pink as the accent color. For scenes from the characters’ pasts, there’s a sepia overlay or filter, but the concept is the same. It lends “Thumbs” its unique personality that’s unquestionably memorable and very “Hayden Sherman.” In some rare cases, especially in smaller panels, it can be difficult to parse out what exactly is going on when you only have two colors and line work for context.

Like Hayden Sherman’s signature illustration style, “Thumbs’s” colors have that same intentionally messy application as the line work. The unique style gives the book its chaotic tone, shown through a world in decay. With an extremely limited palette, Sherman relies more strongly on lighting to define scenes’ tones and locations. Because of this, you get a lot of emotion in scenes, from hallways glowing a dangerous red to mobile homes with the shades drawn against the outside world. It’s not overly dramatic like you might see in a noir comic, but in “Thumbs,” the spirit of the page lives in its lighting.

Without a full palette of color to distract the eye, it’s easier to notice the beauty in Hayden Sherman’s art. The micro-patterned gray of a concrete castle’s coarse exterior as it blends into its desolate and dusky environment. The tiny, curving patterns of characters’ curls weaving into and out of each other. The way “Thumbs’s” lettering builds on a scene’s ambiance and how the sound effects feel well-integrated into the panel art rather than feeling tacked onto the page at a later date.

It’s easy to see why “Thumbs” is such a page-turner. Its distinctive look captivates you from the hot pink thumbprint on the cover through the final page. You feel one step behind the book’s narrative twists and turns, but in a way that builds on the excitement of reading the story, not detracts from it. “Thumbs” #1 is a very strong first step in what promises to be one hell of a ride.