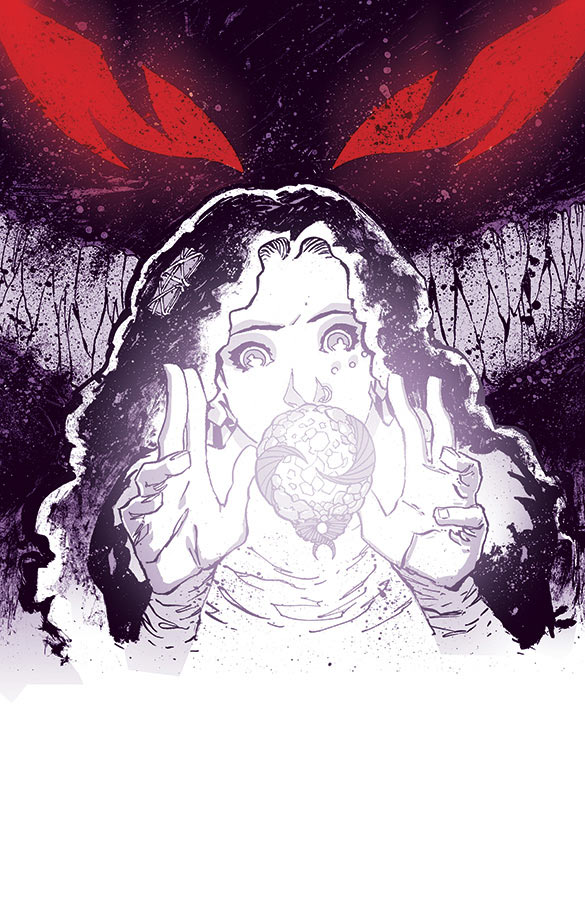 Fantasy comics aren’t published too often anymore. Nor are new creator-owned fantasy comics with a mix of Arthurian and Lovecraftian influence. That said, read below for our review of “Umbral” and check out why this dark fantasy from the creators of “Wasteland” is our Pick of the Week! 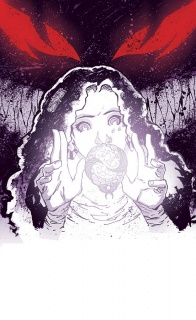 “THE DAY DAWNED TWICE”
A NEW DARK FANTASY FROM THE CREATORS OF WASTELAND! The young thief called Rascal witnesses the horrific murder of the royal family — now the world’s dark legends will be relived, and only Rascal even knows it’s happening!
Master worldbuilder ANTONY JOHNSTON (Dead Space, Daredevil) and his Wasteland co-creator CHRISTOPHER MITTEN (Batman, Criminal Macabre) bring you a new fantasy world rich in mythology, history, and blood! Extra-long first issue for the regular price of $2.99!

The greatest challenge in fantasy is creating a setting. A brand new setting needs pages of notes detailing how that world works, while a Tolkien rip-off just needs some adjustments and it’s ready to ship to GameStop. In “Umbral” by Antony Johnston (Johnston Clan Represent) and Christopher Mitten, this problem is solved by introducing a setting that’s part-Arthurian legned and part-Lovecraftian horror.

One night, the royal family of your typical magic kingdom is slaughtered by dark shadow monsters called “The Umbral.” The only witness to this massacre is Rascal, a teenage thief who must find out what’s going on even if the leaders of her Thieve’s Guild refuse to help her. While most fantasies are considered lighter affair, with fairy dust and elf butts flying all over, “Umbral” goes down a much more dark route. The titular monsters are a lurking unstoppable presence that are unlikely to be stopped by the protagonist, a rough-and-tumble scamp with harsher words than most fantasy heroines. Rascal definitely has some secrets as does nearly every character, location, and potted plant in this comic. Even if the initial plot of the mysterious royal massacre doesn’t draw you in, there’s enough fiction behind this setting to make it come to life. This, in addition to the included map that illustrates the kingdom assures that “Umbral” most likely has plans for an even larger story.

And while the ongoing story is definitely an interesting one, the true lure to reading “Umbral” comes from Christopher Mitten’s artwork. Mitten’s art here moves from realistically glamorous (scenes in the castle are like a mix between Game of Thrones and typical King Arthur fiction in terms of appearance) and horrifically brutal. His character work is on-point, especially in the precocious faces of the children characters and with a realistic range of body types. Though his scenes in the typical daylight when all is well are fine, Mitten’s art truly shines when The Umbral come in and begin warping reality. Mitten makes The Umbral smoky figureless monsters that are just as confusing as the misdirection they inflict upon their victims. Towards the middle of the story where a warrior with the coolest design shows up and reality begins to slightly break down, Mitten shines with his gritty aesthetic.

Of course, Mitten lines would not work nearly as well without the help of colorist John Rauch who truly sells the darkness present here. Without Rauch, the Umbral would not be the shadowy masses of fear they are and thus lose half the book’s effectiveness. On top of this, Rauch balances his palette so as to keep the issue from being too grey or monotone. The colors are definitely muted, but range from somewhat bright to duller as the issue goes on and The Umbral exert their influence. Even after the first physical encounter with The Umbral, the world outside feels much duller and void of life. Really, though Johnston’s writing here is stellar and Westin’s art works miracles, Rauch is the one who brings both together to create the unique story of “Umbral.”

Really, even if you’re not a fan of the fantasy genre, “Umbral” is definitely worth a try. Experimenting with genre conventions from Arthurian lore and Lovecraft, Johnson, Mitten, and Rauch have created a whole new fantasy world that is just ripe for stories. Even without the plot involving The Umbral, there are enough intriguing details, mysterious scars and knights who are gone in a flash to keep this series going beyond what the main arc has to offer; this statement of course keeps in mind that the main plot is already a creepy murder mystery/reality bender starring a likable young thief and some terrifying monsters. For a new creator-owned series it shows plenty of promise, and just as just as that last page says, “Umbral is coming.” And you’re probably not going to stop hearing about it for a while.