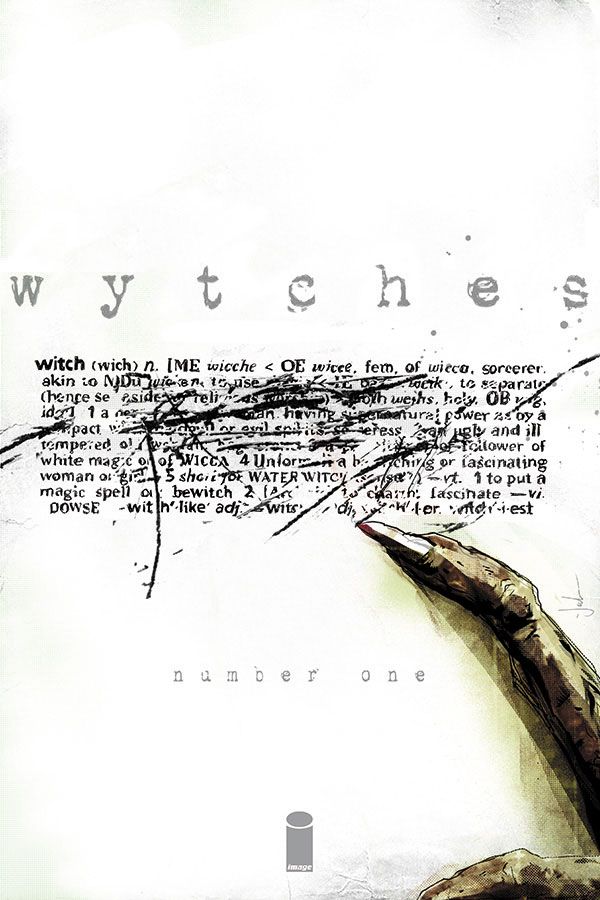 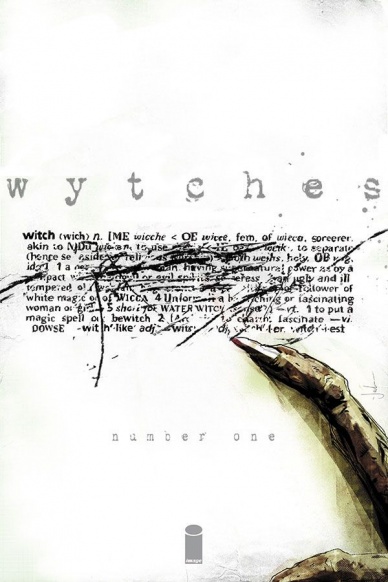 Image Comics has gotten into a weird place as a publisher. They’ve become so universally beloved that it sometimes feels that everyone that writes reviews for a comic site doesn’t want to be the one dissenting voice in the sea of acclaim, especially for their higher profile releases. Ulises Farinas wrote about this concept – not specifically about Image, but about comics in general – through the prism of Warren Ellis and Jason Howard’s “TREES”, and how comic reviewers basically are operating as mouthpieces for the publishers they work with. It’s an interesting idea, and I can tell you from personal experience it’s not something Image looks to push. They present the books they publish, and it’s up to us to decide what we think and what our take on their releases are. Nothing more, nothing less.

Yet, each release comes, and there are waves of reviews that are loaded to the brim with lines designed to be a pull quote rather than provide illuminating commentary on the book that was reviewed. They don’t feel like reviews, they feel like auditions, and ones that do readers and the books themselves no favors in the process.

Scott Snyder and Jock’s “Wytches” #1 is a pitch perfect example of this, with a slew of advance reviews pinning this book as the next big thing in a year defined by its next big things.

That may read as a condemnation of “Wytches”, but it’s not meant as such. Is it a good book? Mostly, yes. It’s a solid book, but not one without flaws. Is it something that’s reinventing the wheel or doing anything truly astounding? Not really. At least not yet.

And there’s nothing wrong with that. 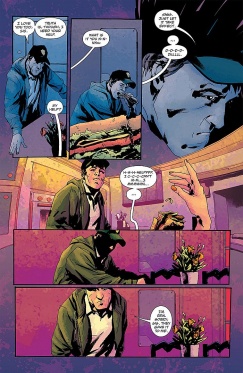 This issue really isn’t designed to be anything more than a first chapter, as first issues should always be, and it does a good job of introducing us to the core characters and the elements that define the terror that permeates throughout its pages. I’ve written about Snyder’s work in the past many times, and if you had to boil him down to one skill, it’s that he’s one of the most adept writers at developing characters we truly care about.

At its heart, this book is about a family – the Rooks – who just recently moved in an attempt to distance themselves from a tragedy their daughter Sailor was involved with. In one scene Snyder manages to forge a relationship between the reader and Sailor and her father Charlie, and throughout we’re given more insight into who they are and what they’re all about, along with the mother Lucy. Snyder does this not through heavy exposition but through simply letting them live their lives, depicting the small moments that make a healthy family what it is. In a debut issue, a central goal should be to establish characters for us to care about, and Snyder does that incredibly well here with all three co-leads.

“Establish” is such a key word here because we’re not given much more than the foundation here, and that’s the way it should be. While we know something horrible is happening in the town where it takes place, and that it ostensibly involves witches, we don’t see them (at least in whole), only the damage they inflict upon those they choose or those that are pledged. The latter idea is impeccably delivered in the powerful and frightful opening sequence; a four page opener that finds the heights of horror that this book could reach going forward. Jock’s jagged lines, heavy inks and paint splash backgrounds elevate this scene enormously, and you can tell that Snyder and Jock are very comfortable with each other in how Snyder’s script trails off to let Jock’s art carry the big moments within. 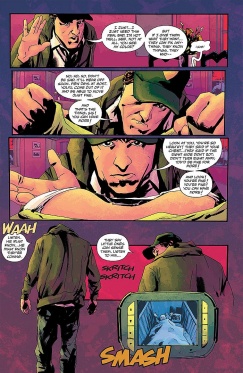 Jock mostly is his highly effective self, and it’s a book that very ably matches artist to subject. In the moments of high horror – including the beginning of aforementioned tragic sequence Sailor went through to its frightening finish – you can tell he’s at home, putting the fear into the hearts of the readers. He also ably handles the introduction to Sailor and Charlie, and you can feel through his art the care and consideration Charlie has for his daughter in a time she needs him. His ability to switch styles for Charlie’s all-ages comic being depicted was a nice touch, and I really enjoyed him trying something more simplistic like that. The book is filled with brilliant storytelling by Jock, but there are some moments where facial expressions sag or elements feel unfinished, and those bits take me as a reader out of the story if only for a minute.

Matt Hollingsworth colors the book, and he’s a tremendous asset that helps take Jock’s work to another level. I’m not sure if this is a choice by Jock or Hollingsworth, but the aforementioned paint splash backgrounds on some pages help raise the tension of the violence on the page (backgrounds are used not for realism, but for emotional impact throughout), and Hollingsworth throughout adjusts his palette to fit the mood of the story perfectly. Sure, some colors are fitting to realistic elements like time of day, but there are moments where unnatural pinks or matte grays with splash overlays don’t fit what’s actually happening, but accentuate the tone perfectly.

There’s a lot of good, as I said, but some small bits bring the book down a few notches in my book. Letterer Clem Robins, I presume, has some issues in differentiating narration boxes at times (the same color and same lettering are used for multiple characters in off-screen conversation, when something to separate them would have helped) and that caused me to need to reread two sequences over to properly grasp it. There’s an inconsistency issue in a conversation between two characters about one (even more) fictional character’s age. There’s confusion over exactly where the Rooks were before, where they are now, and the distance between those two places (or the omnipresence of the evil that permeates in the book).

The biggest issue this comic faces, though, is its ending. It’s meant to be a shocking cliffhanger, but ultimately left me with an unsatisfying feeling inside and one question ringing in my head: “is that it?” The last panel cuts the book off and leaves us hanging, and not in the thrilling, pulse pounding sort of way it intended. I’m not sure if there’s a solution I could offer, but it feels like a comic that is missing a couple pages, and that is never a good feeling for a reader. 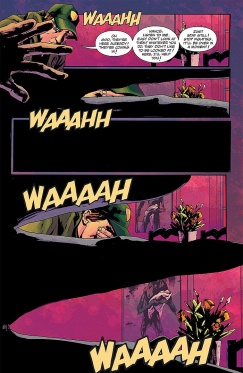 Invert that, however, and you have a major highlight: I clearly wanted more.

It’s a book that will undoubtedly read better collected. Even one issue convinced me of that, and it’s a trait I consistently find in Snyder’s work. There’s nothing wrong with that at all, but it’s something that stands out especially when the final panel hits and you’re left both unfulfilled and wanting more. You can feel Snyder and Jock getting comfortable in the darkness of “Wytches” as the story progresses, and you have to imagine that comfort will only increase as the story moves along.

“Wytches” #1 is a good comic. It’s the debut of something with a lot of potential, and throughout its pages you can see true greatness. But it isn’t there yet. Not in whole. It has made its pledge to readers with its first issue – the pledge of something great – and gotten its fingers around us, but it hasn’t taken us with it yet. With time, it may get there. But for now, all I can tell you is “Wytches” #1 will make you want to go along with Snyder and Jock to see if it does.

And that’s good enough for now.

Final Verdict: 7.0 – Something wicked this way comes, but it isn’t here quite yet