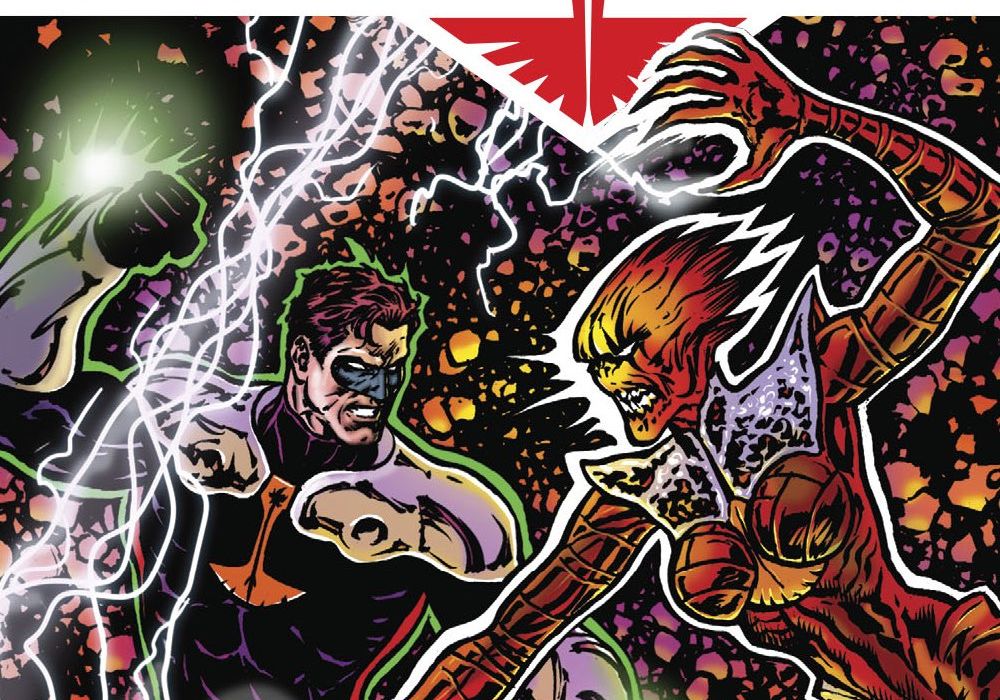 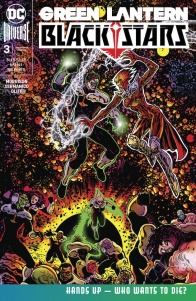 The epic conclusion to this twisted rewrite of DC Universe history! Will Hal Jordan and his fascist band of Blackstars sublimate the entire universe to the diamond will of Controller Mu? Can the timeline ever be restored before more of Earth’s heroes perish?

It is remarkable how Morrison and Xermanico crafted a separate story within the overarching narrative of Grant Morrison’s Green Lantern saga. “Green Lantern: Blackstars” #3 is only the conclusion to what feels like an arc of the main title. “Green Lantern: Blackstars” #3 is also not a self-contained title. Outside of the context of “The Green Lantern,” this story may feel impenetrable. The title succeeds by showing just how committed Morrison, Xermanico, and DC Comics are to explore this storyline without having it last too long. After committing to the idea of keeping Hal Jordan as a Blackstar for a few months, Morrison was able to create a fascinating cliffhanger and bridge to the next season of the title. Morrison was also able to flesh out the relationship between Belzebeth and Jordan more comprehensively here than he could in the context of the core series.

DC loads “Green Lantern: Blackstars” #3 with so much continuity and other heroes that the script can seem bloated at times. The relationship between Jonathan Kent and Blackstars was not properly introduced in this mini-series. Morrison rushes to find a place to leave this underexplored plot thread of the title that could be picked up on in future stories. With only three issues of stories and minimal build-up to this important plot point, I do not believe that Morrison was able to justify the involvement between Superman and the rest of the League in the story. It is admirable how classic elements of “The Green Lantern” are given their time to shine in the story. Ideas like The Miracle Machine, Belzebeth and Jordan’s main plot still reached an emotional conclusion in the story. “Green Lantern: Blackstars” #3 takes inspiration from Geoff Johns beloved run on the title but exists outside the legacy of the landmark story. Characters like Atrocitus are back but in a whole new context in this story.

Xermanico’s art surprisingly shares a lot in common with Liam Sharp pages of “The Green Lantern.” One gripe that carries over from Sharp is how Xermanico’s art can be inconsistent from page-to-page. The ambitious layouts of the main story look superb in the issue. The pencils evoke the horror of Sharp on the main series, while other panels pick up a style that is heavily influenced by DC artist Kevin Maguire. The ambition in Xermanico’s art is admirable and pays off in a few splash pages that are rich with detail. The last page with Belzebeth attempting to flee from space ships carries impressive framing. Xermanico zooms in on Belzebeth with odd, haunting panel positions that evoke a sense of dread. This issue is filled with bizarre horror imagery and haunting backgrounds and monsters.

Xermanico’s artwork brings a level of bombastic layouts and horrific imagery that matches Morrison’s script in tone. In the last couple of pages, the issue is able to capture strong emotional beats. One page with Hal Jordan living up to his full potential is rendered with the same level of emotion as the strong prose from Morrison. I believe that there is an element of romance between Jordan and Belzebeth thanks to a few tense facial expressions that Morrison is able to use in order to evoke strong emotion from the reader. The last page of the issue is shockingly beautiful and conveys so much emotion through the art itself. Morrison only leaves a few caption boxes on the page and Xermanico frames the panels in a creative manner.

For a title that had a difficult time relating to readers in the beginning, “Green Lantern: Blackstars” #3 is able to craft a strong emotional connection. Morrison paced this arc of the series in a compact but intriguing three-issue story serving as a confident bridge between Green Lantern chapters. I hope to see Xermanico continue working with Morrison and work on refining the art even further. I’m also happy to see Morrison and Xermanico craft a villain that can be used in future chapters within the story. Morrison continually layers elements from other stories like “Final Crisis” with a subtle nod here. Morrison’s references to his past works are easier to relate to than referencing current DC Comics events. I am happy to have such a strong emotional reaction to Morrison’s Lantern work that I was missing from some of the later issues of “The Green Lantern.”