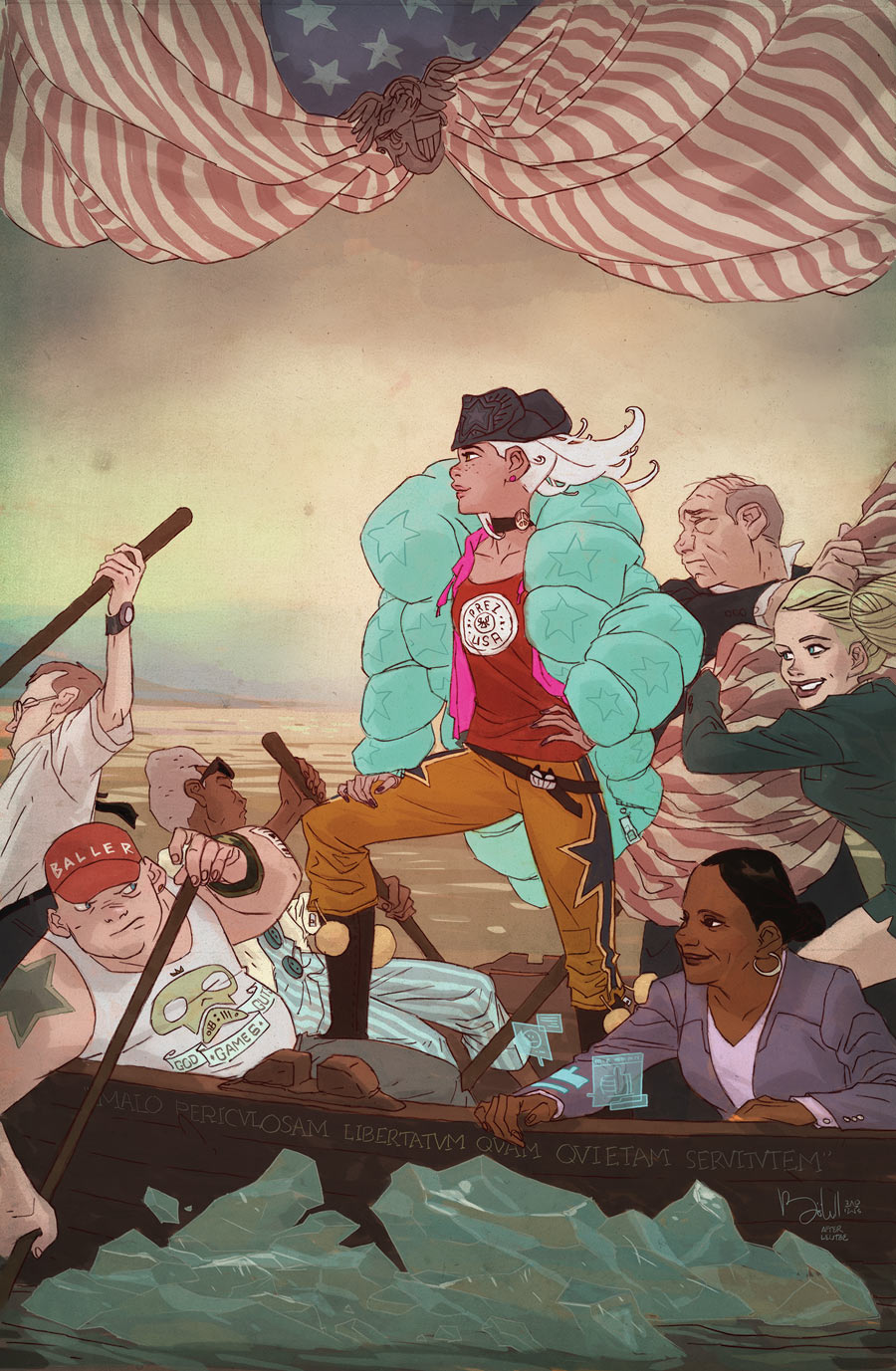 A teenager finds herself in the most powerful seat in the country while an administration focused on taco drones chips away at our nation’s infrastructure. Welcome to “Prez”. Check out our spoiler-free review below! 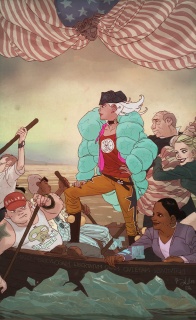 Meet Beth Ross, the first teenaged President of the United States. In a nation where corporations can run for office, the poor are used as human billboards, and tacos are delivered by drone, our only hope is this nineteen-year-old Twitter sensation. But the real question isn’t whether she’s ready for politics – it’s whether politics is ready for her. Don’t miss the start of this new, 12-issue miniseries!

I cannot believe “Prez” is a DC Comic.

If you’re unfamiliar with the concept of “Prez”, all you need to know is the original series featured a teenager who became the president and occasionally fought vampires. The first run of the series represented the ultimate flower power fantasy: young people saving the day and the country by changing the system through of groovy righteousness. It lasted four issues and the character was not seen again until after the Reagan and H.W. Bush administrations. That’s not terribly surprising as the character’s initial concept didn’t jibe with Reaganomics and even then only showed up during the Clinton era in Vertigo as a sad reflection of how America was dying or something. Like all politicians, Prez is a character who needs to be relevant to his contemporary setting to succeed. In that way, Russell and Caldwell thrive with “Prez” #1, presenting a vision of the character and his world that might be the most politically conscious character DC has published in at least five years. Again, I cannot believe DC published it.

If there’s anything I can compare “Prez” #1 to, it’s Black Mirror. The British sic-fi anthology featured a notably lo-fi episode titled “The Waldo Moment” where a cartoon character becomes a frontrunner for the Parliament. The crux of that episode wasn’t the struggle to see whether or not Waldo would make it, it ws to show how far the political system has rotted that such a concept could even occur. “Prez” follows a similar path, with teenager Beth Ross finding herself one of the most powerful figures in the free world after Anonymous (who’s still around in 2036?) voting for her through Twitter as a gag.

While we don’t get to see much of Beth in this issue, what we do receive is rather succinct. She’s a working class kid who’s trying to raise money for her dad, even if it means going on a horrific game show where bullet wounds mean cash prizes. That said, “Prez” #1, like “The Waldo Moment”, seems much more concerned with the world that let its premise happen than the premise itself. In addition to Beth, we meet two presidential candidates whose campaign tours take us through the world of 2036. Juvenile YouTube stars have replaced late night as the go-to talk show destination for politicians and senators are solving the poverty problem with drones that give the poor tacos while dressing them up in corporate logos. “Prez”‘s America is gleefully fucked up and it’s a credit to Russell that these ridiculous elements only seem a couple degrees removed from the American political system of 2015. Just imagine Rand Paul ordering the drones to feed the poor. You can totally see that, right?

All politics aside, “Prez” isn’t just a particularly colorful episode of Bill Maher. It also happens to be funny. Darkly funny. Of particular note is Campbell’s colorful gameshow where contestants are made to go through courses that make Ninja Warrior look like Double Dare 2000. One contestant, an immigrant from Mexico, makes it through all the death traps to find one last challenge: shoot himself with a handgun. In an other artist’s hands, this could be the most horrific moment of the book. And while it’s still surpassed every offensive thing DC has published in the past five years, Campbell’s depiction of the vibrant crowd cheering makes it hard to not laugh. Maybe that’s good old funny laughter, but it could also be laughter out of discomfort, shock, or fear. It’s a real litmus test of a scene.

Final Verdict: 8.6 – Even though the trips to concepts like Taco Drone are well-appreciated, “Prez” does suffer from its structure. Focusing on the ideas over its characters might lead to some viewing the comic as a political diatribe. And I’m certain a few conservative readers may not appreciate the comic’s satiric take on illegal immigration and welfare. Still, even if “Prez” doesn’t necessarily give a clear vision of its characters, it does deliver a focused view of its ideologies and how it will approach them. “Prez” might be the boldest comic DC has printed since 2011. It’s wildly different from everything else the company has been producing and shows that the DC You line is actually looking to bring some real change to the company’s line-up.