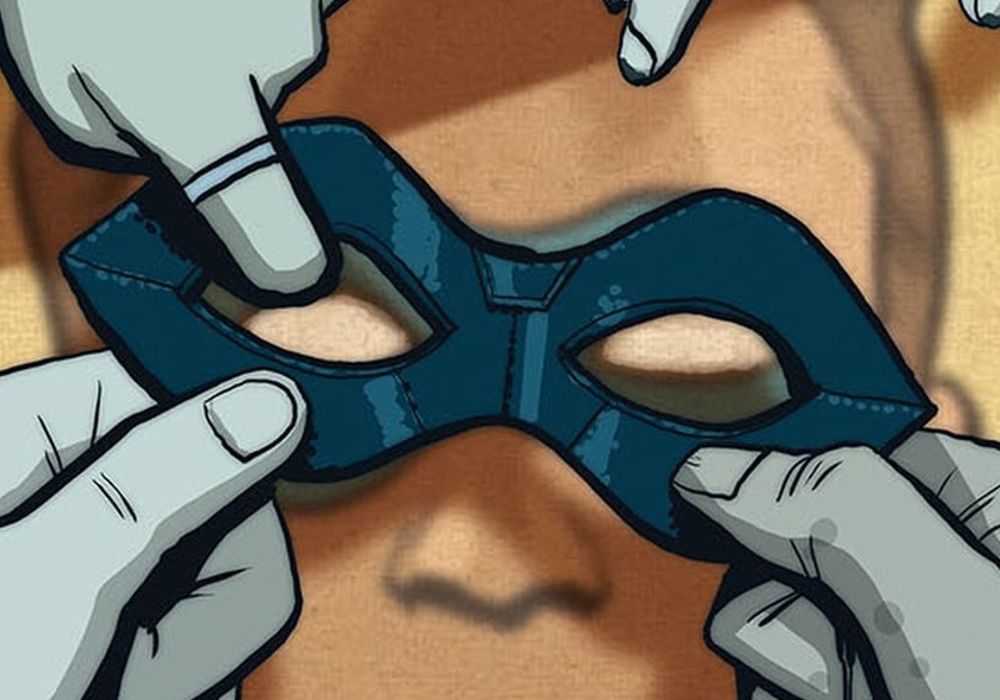 Miles Dallas is a reporter for the National Globe and his dad helped create one of the most popular comic book superheroes of all time. Writer and artist Chip Zdarsky takes readers into the inner workings of the media and the relationship between comic book creators and the business they deal in. 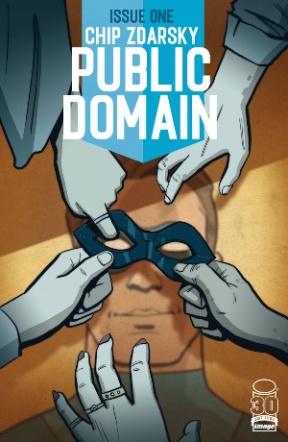 Miles Dallas, is a mild mannered reporter whose father was a co-creator of the superhero The Domain. Leading up to the premiere of the new movie based on The Domain, Miles is struggling through a recent break-up, his complicated feelings over his family, and his obvious disappointment that such a major piece of pop culture has done basically nothing, financially, for his parents, but has lined the pockets of everyone else involved. On top of this messy wave of emotions, he has been tasked by his boss to interview Blake Powers, the actor playing The Domain.

Intentionally or not, in a sort of meta move, Chip Zdarsky takes on full creative control over this book. Writing, drawing, coloring, and lettering “Public Domain.” Telling this story, which is clearly both personal and familiar to him is both cleverly deceptive in its humor as it points multiple fingers at the ugly side of the comic book and film industries; as the two have intertwined so fixedly over the last twenty years. This partnership and all of the deals and the daunting amounts of money moving around them at all times is at the center of “Public Domain” #1. In recent years the lack of compensation that is given to comic book creators has really come to light. The big bucks go to the publishers and the movie studios who option the rights to make the films and television series and Zdarsky takes clear and unfettered aim at that mishandling of those talented individuals who have created so much for so many. Using only the slightest satirical lens to tell this story, he dips right into many of the wrongs within the industry while keeping the book moving at a break neck pace through various locations and characters’s threads. Never using more than one or two humorous approximations of any names, he paints an obvious picture of who and what he is satirizing.

Zdarsky goes as far as making Miles look relatively like him, while keeping him on the outside of working in comics, but still having a good grasp on how it all works. It feels like he’s drawing this man up looking at the business from the outside while understanding the inner-workings. He effectively has two proxies, Miles and his father Syd. Seeing how the industry has lifted up and failed Syd in various ways is relatable to many who may feel underappreciated by their employers or those in their life who have used them solely for personal gains and giving little or nothing in return. It is heartbreaking and soul crushing, but like many of Zdarsky’s works, it is never without a bit of biting commentary and a sly smile letting you know it is OK to feel how you feel, in this case pissed off, and in on the joke at the same time.

There is a particular weight to this story as a whole that it took me a while to put my finger on. It feels like a galaxy swirling around a black hole at the center. As the story orbits around Miles, his family, Blake Powers, Jerry Jaspers (The Domain’s writer), and everyone else they come in contact with, it all feels like a rush to something – and there is quite the reveal in the final panel.. Assuming that was the piece that was missing, and more major upsets aren’t on the horizon, it was the perfect pay off for this kind of story.

In traditional Zdarsky fashion his artwork is beautifully and meticulously crafted. His lines are so clean and details so specific it is equally possible to be in awe of it all and to ignore it completely because it’s just how people and things should look and our brain will push the grasp of his talent right out of our forefront thoughts. It’s a damn gorgeous book and only adds to the ability for readers to get sucked into the narrative. These characters mostly feel like real people, or at the very least how we would assume some of them to act in reality and his art makes them real to us. His color work is more stylized, playing with more solid color placement that gradual shades, using substantial light sources to keep in this aesthetic rather than a more realistic variation of tones. It never feels unworldly or out of place, and it’s pretty top to bottom!

There is a number of different ways this series could play out and while the reveal at the end would probably go in a more negative route in reality, I would not be surprised if this was given a more cathartic and satisfying resolution. Because, sometimes we just need to see a positive outcome for once, even if it is only in our fiction.

Final Verdict: 9.0, A near-perfect satirizing and condemnation of some of the worst aspects of the comic book industry as told by someone within the machine.