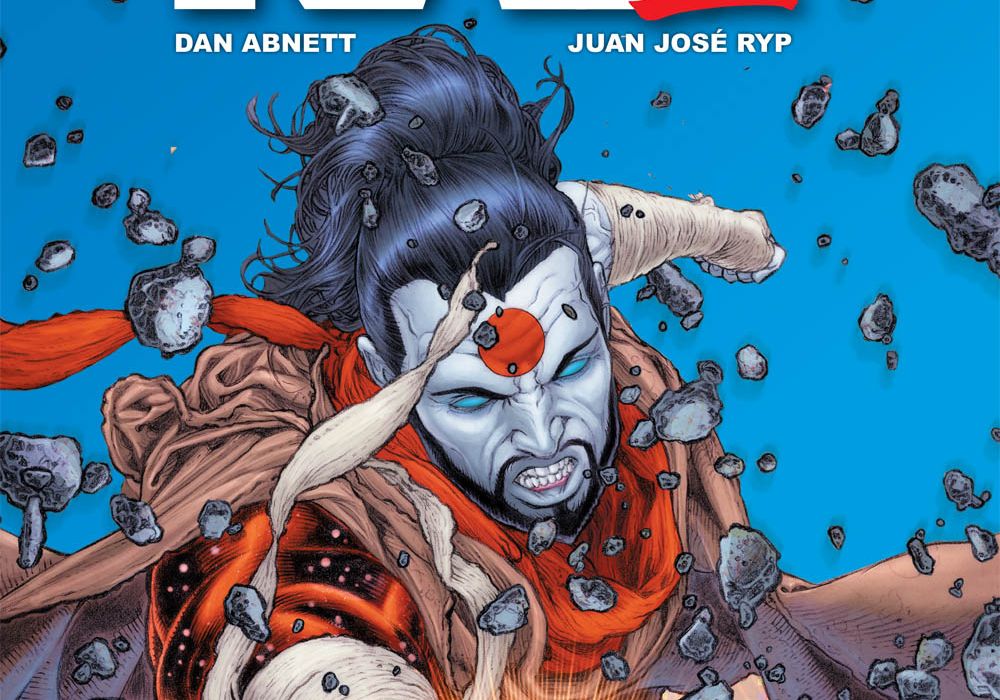 After bringing down Father, Valiant resolved the long and tenuous journey of Rai in “4001 A.D.” #4 in 2016. Three years later Valiant has awarded Rai a brand new ongoing series spinning off of the new status quo for the hero established by “Fallen World.” Valiant staples Dan Abnett and Juan Jose Ryp are serving as the creative team on Rai’s brand new series. With such a significantly changed scope and direction for the title, will Valiant be able to find a new place for Rai building off of what came before? I can’t think of an artist as different from previous Rai illustrator Clayton Crain than Juan Jose Ryp. Will Ryp’s energetic pencils serve Abnett’s new direction of “Rai”? 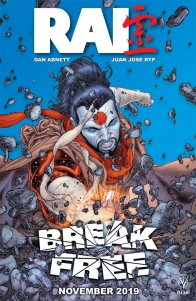 Valiant’s critically celebrated cyborg ronin named Rai embarks on a thrilling quest to save the future.

Rai and the Raijin return as the protagonists in the brand new ongoing “Rai” series from Valiant. The new title carries a striking change in tone from the previous ongoing series. Writer Dan Abnett offers readers immediate action-heavy payoff which is a direct change from the previous incarnation. Former “Rai” creators Matt Kindt and Clayton Crain were working towards a slower, more decisive storyline that had a big finish. Thankfully, Abnett and artist Juan Jose Ryp aren’t starting from square one. The creators are picking up from the end of “4001 A.D.” and “Fallen World.” Abnett and Ryp are even pulling from other recent events in the Valiant Universe to craft the full supporting cast and villain for the series. Abnett and Ryp aren’t crafting this property from the ground-up for a new incarnation of Valiant. This incarnation of Rai is more jovial, blossoming with more personality than readers have seen in the past.

Abnett spends a great deal of this new issue fleshing out the relationship between the Rai and Raijin. The way Valiant has chosen to only take out certain parts of previous continuity and mix them together is an inspired choice. Abnett even works in elements of American iconography with a bar and gas station that almost would have been unheard of in the previous series. “Rai” #1 is still an action story starring the Rai of New Japan, but the title doesn’t have a whole lot in common with the “Rai” ongoing that came before. With such a dramatic change in Rai’s life following the events of the previous series, I applaud the publisher in going with an interesting new direction for Rai. Abnett and Ryp establish a lot of new elements for the series quickly. The last page of “Rai” #1 also gives a direction for the series to go next in future issues. The story also builds on the events of the previous mini-series in an organic manner.

Artist Juan Jose Ryp is a departure from other Rai creators. Ryp is also an inspired choice to herald such a large status quo change for the hero. Ryp captures a lot of detail in every panel. The post-apocalyptic outfits for each character carry inspired design choices. A page early on with the Raijin is able to find an interesting pose capturing several costume details. The panel following features a smooth panel bleed with the Raijin and ends with Rai trying to fix his car. Ryp’s page is laid out with an impressive eye for design. Rai and the Raijin look completely different based on the clothes they are wearing alone. Ryp’s facial expressions convey a lot of emotion.

Sometimes Ryp even captures more personality than he is trying to convey. The bartender’s facial expressions are so big they border on the absurd. During the action sequence juxtaposing this moment, there are so many details on the page. The amount of rubble, blood, and stray expressions hurt Ryp’s storytelling and make the issue almost difficult to read in some moments. Ryp’s artwork is a great fit for the new approach to the property. There are only a few minor criticisms such as the storytelling and bombastic expressions that are hurting the art direction for the title.

Towards the second half of the issue, Abnett and Ryp directly reference the previous Rai storyline which adds another complicated layer to the storytelling. I hope to see this direction continue for the title. There is also a strong intrigue blossoming between the relationship with Rai and the Raijin. Readers still don’t have all the answers about Rai’s new world but “Rai” #1 crafts a new mission statement with the character. Valiant’s new direction for Rai leaves plenty of room for humorous elements. I hope the scripts are able to cultivate a sense of action and drama as well with elements like the returning villain. This issue favors humor and characterizes Raijin’s personality a little too strongly. Despite a few blemishes, Abnett and Ryp deliver a strong first issue that could lead to something special in future installments in “Rai” #1.

Final Verdict: 6.8 – “Rai” #1 is an ambitious but flawed start of a brand new chapter for the protector of New Japan.