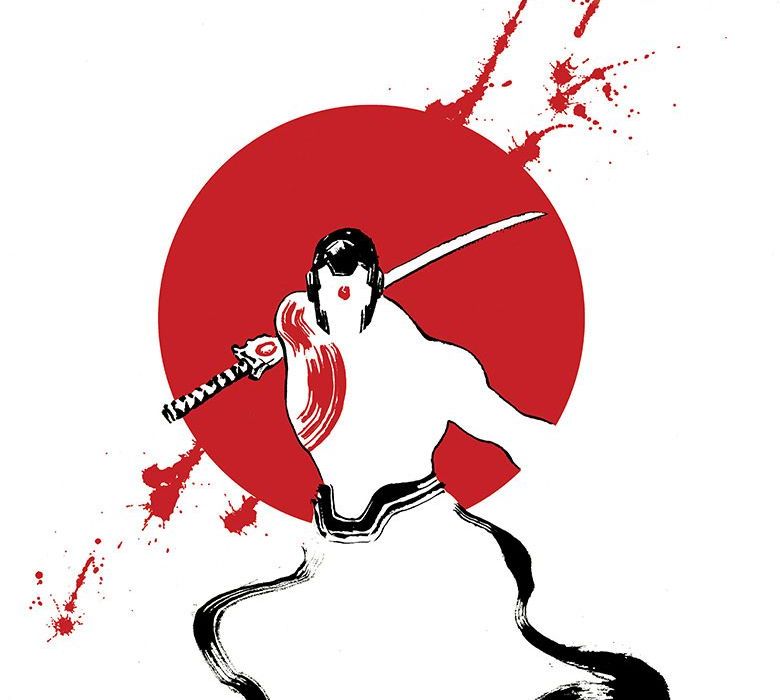 Of all the books within Valiant’s “4001 A.D.” event, the arc in “Rai” has been the most consistent as it details the history behind several protectors of New Japan. Does it continue that trend? Let’s find out. 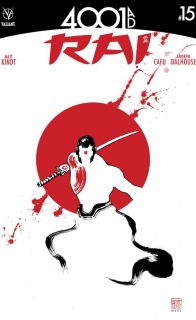 The rise of New Japan’s greatest champion! As Father erects his floating kingdom of New Japan, nothing will stop him from asserting complete control over the millions who now fall under his gaze! And to ensure total subjugation, he will create the greatest “spirit guardian” New Japan has ever known – the fourth Rai! But as Father unleashes his most powerful warrior yet, has even he gone too far in his bid for absolute power? Join 4001 A.D. mastermind Matt Kindt and fan-favorite artist CAFU as they continue to unearth the missing links connecting the world of today with 4001 A.D.’s empire of tomorrow!

“Rai” continues to march ever forward as we are nearly 3/4ths the way done with “4001 A.D.”. The event started with a bang, but I have to be honest: Out of all the “event comics” that Valiant has done, “4001 A.D.” is becoming the one I kind of associate the most with a majority of Marvel “events”. They start with a bang and lull very quickly. I can respect that it’s only four months, but over the last few issues I’ve had to review, I’m really feeling those four months. “Rai” had been the high points for me, but now that we’re over the halfway hump with this arc, I’m now starting to feel those pangs of struggle to keep interest.

A good part of why is that this issue makes a switch from building the world and history of New Japan to examining the history of this violent Rai last issue, Aboto. On paper, that’s not a bad switch of focus. It’s just that… well… Aboto is boring. And I have to be honest, Sai -the other, more diplomatic Rai- was kind of boring in this issue too. We learn Aboto was actually the Rai before Sai and that he was a much more violent and ruthless protector of New Japan. Father instructed Aboto to use compassion, but Father is still trying to work on this and didn’t realize that compassion needs to be taught. So, Father sends his mistake to Earth where he won’t cause any damage to New Japan. After destroying lots of things on Earth, Father finally recalls Aboto to help quell the riots that Sai couldn’t.

Now that I’ve got past the kind of boring aspects about Aboto’s past, I can now delve into something that really unnerves me about him and Sai (and not in good ways). There is some kind of really… annoying gendered tropes going here. Aboto is gendered male and is, as I’ve discussed, violent and without compassion. On the flipside (or “compliment”, as she describes the two in relationship to one another), Sai is nothing but compassion. It really buries Sai into the “women are nurturers”-kind of stereotyping when she says she can show him love. What follows is a montage of them in hiding together and Aboto monologuing about how at first he didn’t trust her but then learned compassion and eventually love and if this seems to be a bit rote, then don’t worry! It’s because it really is kind of rote. Look, I get it, four issues, there’s only so much you can do. I sympathize, I truly do but trying to tell me these characters bonded doesn’t change the fact that their relationship and eventual romance feels incredibly trite. It’s like when Gillen/McKelvie in their “Young Avengers” run tried to use Instagram photos to show them bonding but it still felt hollow (that series had the benefits of half the cast already having history).

Also: When Sai offers to show Aboto love and compassion, he has a flash of his mother’s image over Sai.

This is where I talk about the artwork of Cafu and Andrew Dalhouse and I have to say it still remains as solid as it has been. They get a bit more room to work action in with the brief snippets of Aboto’s journey on Earth and his major confrontation at the end of this issue. I always had the admiration for the kind of whip-sword weapons that Aboto wields. They’re just kind of cool in their oddness and Cafu is able to convey the smooth and precise motions such a weapon would take, even as Aboto is doing all in his power to contain his fury. And I have said before, Dalhouse and glowing effects are completely aces to me. When he doesn’t overdo it, it is really effective, especially when it’s used in contrast to darkness in that very “Glowing Eyes Take Warning” scenario.

“4001 A.D.” as a whole started good but now that we are into the deep end, the cracks are beginning to show. A good chunk of that being writing to advanced plot instead of writing to advance characters. And yes, events such as this to lend itself to that whole “Summer Blockbuster” mentality and hey, there are some good ones. But even now with the faults beginning to come up in what I still think is the strongest part of the event here in “Rai”, I am looking more and more forward to the wrapping up of this chapter of Valiant’s distant future.

Final Verdict: 5.5- Some nice art with some real trite story.