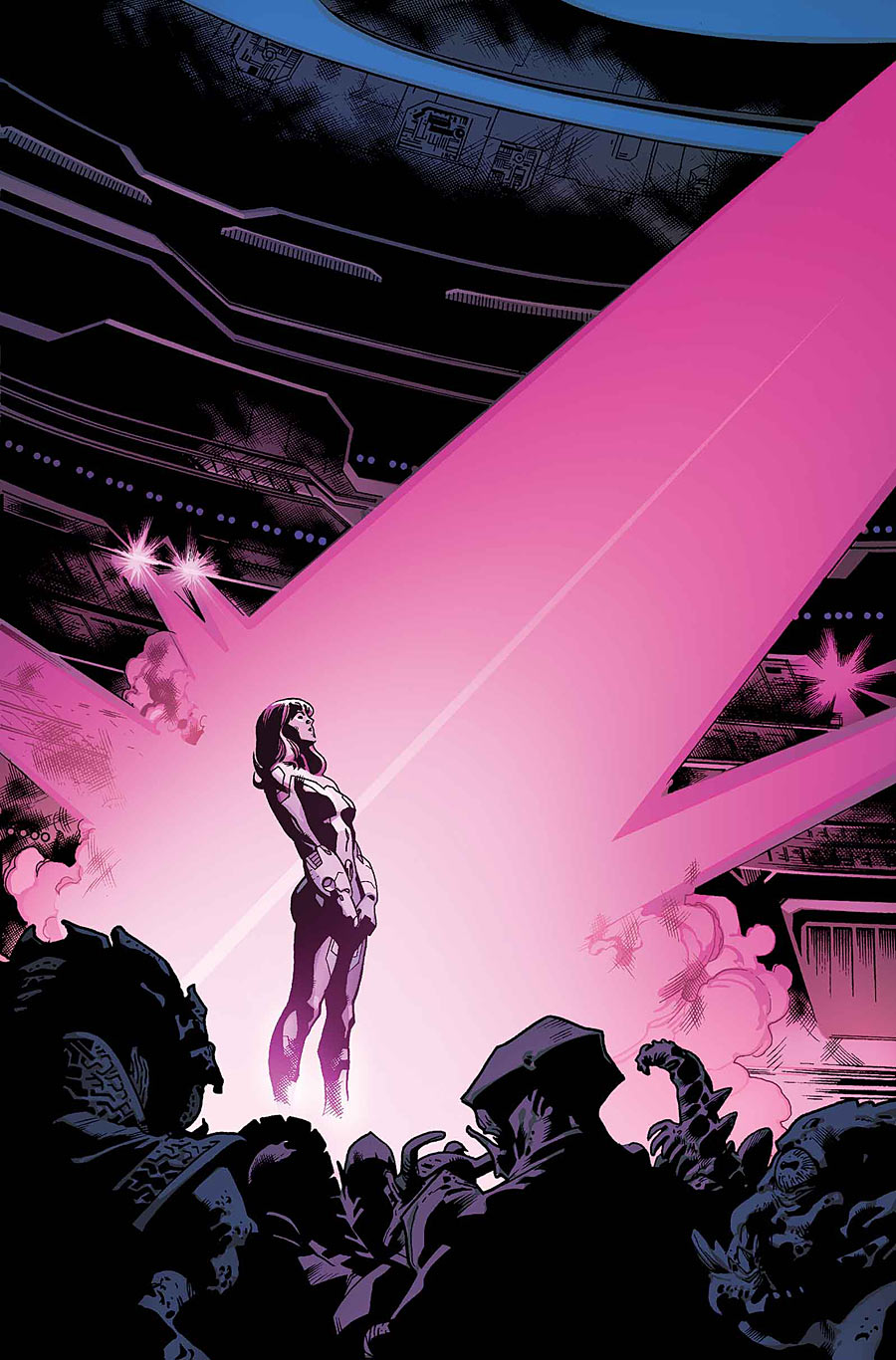 After two issues of build up, ‘The Trial of Jean Grey’ reaches the preliminary hearing of Jean Grey in “All New X-Men” #23. 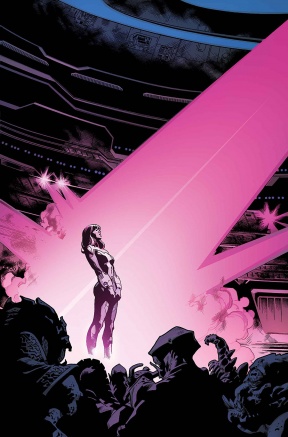 Jean is on trial and it’s up to the All-New X-Men and Guardians of the Galaxy to get her free.

The X-Men have had a bit of a reputation for theatrics, even as superheroes go. During the decade and a half run by legendary writer Chris Claremont, the students at the Xavier Institute were involved in seemingly dozens of overlapping plot-lines, ranging from the romantic to the apocalyptic, and were always good for an emotional breakdown or two. Even the fact that the All New X-Men are a group of hormonal teenagers, the unending angst is poised to reach even higher levels. If ‘The Trial of Jean Grey’ had already raised the stakes by pitting a galactic empire against a teenage girl, “All New X-Men” #23 throws in some good old-fashion soap opera twists.

Brian Michael Bendis has been accused of being a proponent of the decompression style of comic book storytelling. He’s the guy who took a dozen paged story from “Amazing Fantasy” #15 and turned it into seven issues of “Ultimate Spider-Man”. The first two issues of the ‘Trial’ crossover arc seem to adhere to this slower pace, as they serve more as a primer for readers new to the Guardians of Galaxy and the O5 X-Men. Bendis seems to be determined to make up for the plodding nature of the previous issues and has crammed a ton of story and action into this book, for an excellent change of pace.

Bendis also fills the issue with his trademark witty banter, and it sets a fun tone for the story. If this is the reader’s first exposure to Rocket Raccoon, they’ll likely be enamored by the pint-sized furry Han Solo. In fact, all the Guardians, certainly the more unfamiliar team, come across as badass space adventurers. The portions of the story dealing with the now captive Jean Grey balance out the action with real emotion. Jean is trapped and Bendis telegraphs the feelings of hopeless and anger she is feeling, all while still trying to understand her future self’s actions.

Regular “All New X-Men” artist Stuart Immonen takes the team of mutants into space for this issue, and the result is thrilling. Given the fact that he draws page after page of superpowered action, it feels like this issue’s cosmic setting has tapped into a whole other side of Immonen’s style. The moment that the Guardians’ ship is attacked by a massive Shi’ar battle ship is awe inspiring. It is reminiscent of the opening scene of Star Wars: A New Hope, and invokes the same kind of hopeless odds for the protagonists. Immonen makes the scenes feels very energetic, like this impossibly large ship is actually capable of darting around the cosmos at breakneck speed. It’s weird to say, but in a book about mutants with superpowers, some spaceship dogfights are definitely the most visually exiting part of the issue.

This is the first time that Immonen has pencilled the Guardians of the Galaxy themselves, and he easily makes the new team fit into his style. He sticks very close to the character designs established in “Guardians” (there are only so many ways one can draw a talking tree after all), but he does adapt them into his slightly-more cartoony style. Thankfully the “Guardians” series is characterized by daring space adventure, and not dependent on gritty realistic visuals, and appear natural under Immonen’s pencil. The artist should also be commended for still focusinh on smaller details in an issue where massive space ships are dwarfed by even more massive space ships. The panels featuring the Guardians and X-Men being tossed around their ship are full of impressive facial expressions and details, especially considering there are a dozen characters on the page. It helps the reader connect with the characters, even in midst of large scale actions scenes.

Every reader who picks up this issue will likely have strong opinions regarding the twist at the end. Without spoiling anything, new readers will likely be flabbergasted, and possibly confused by the sequence, and long time X-readers will likely be pleased by the return of familiar space farer. Even if this plot point back fires and creates a confusing mess of mutant history, it at least proves that Brian Michael Bendis is not holding back in his exploration of the mutant universe. Stuart Immonen fills the issues with his usual high quality art, and his proves that he can easily adapt to the cosmic setting and a multitude of new characters. After two issues that told the same story, “All New X-Men” feels like a welcome boost to the arc, and will surely keep readers intrigued.

Final Verdict: 8.0 – Buy. A thoroughly fun read, and drastic improvement over the previous issues, which reenergizes the story arc.