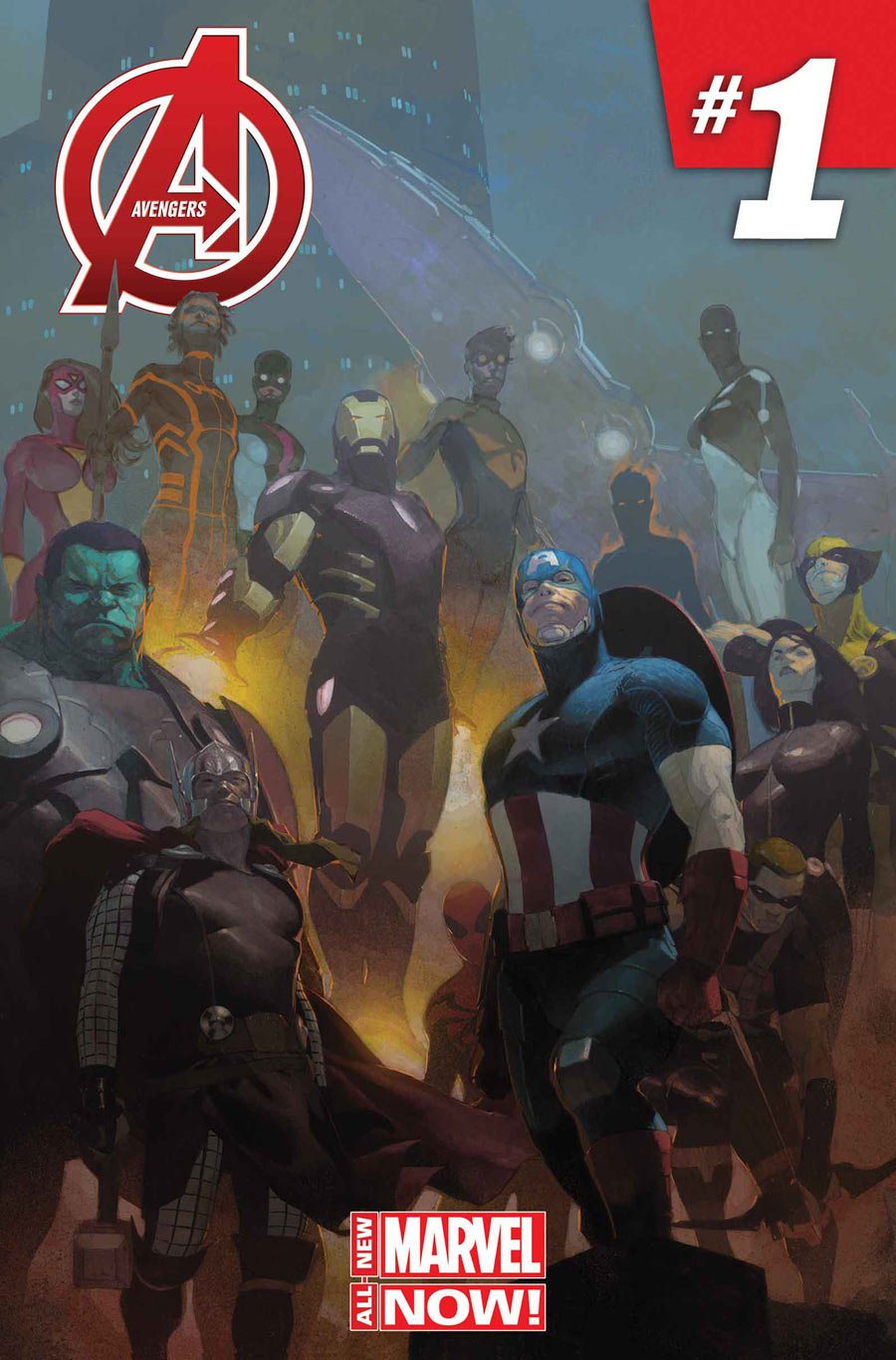 Reviews
With “Infinity” over and the first phase of his plans for The Avengers complete, Jonathan Hickman teams up with a slew of talented artists to start a new arc for “Avengers.” Read our review below! 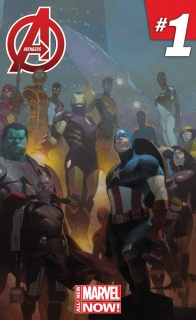 “ROGUE PLANET” – Part 1 of 5
• Captain America and Iron Man plan for the next version of the Avengers.
• A runaway planet is on a collision course with Earth.
• A visitor from the future helps save the day.
• AVENGERS #24.NOW = AVENGERS #1 IN ALL-NEW MARVEL NOW!

Hickman being announced as the writer for the two “main” Avengers titles was what initially sold me on the whole “Marvel NOW!” initiative. Yet, even if it has been in my pull list for over a year and I haven’t missed a single issue between “Avengers Vanilla,” “New Avengers” or “Infinity,” the Avengers banner under Hickman has felt like it wasn’t living up to its full potential. The gigantic 20+ member cast is interesting, and includes some fantastic characters both new and old, but at times it lead to most characters feeling less like members of a team and more like devices to advance the plot (lookin’ at you Starbrand.) Of course, the fact that Hickman’s Avengers feel less like a team and more like an imperialist paramilitary outfit don’t help matters either, especially when I’m not sure whether Hickman is setting this up as satire or sincerely encouraging us to root for a team that beat the heck out of some impoverished Skrulls trying to live in a third world country. In addition to the Builders plot that seems to have not really been concluded as much as it’s been swept under the rug, and “Avengers” hasn’t been the book we’d come to expect from a writer who does so well with grand cosmic stories with heart.

“Avengers” #24 isn’t exactly a complete change in course, but it’s a large step in the right direction. As a quick note, even though it’s marketed as “#24.NOW” it’s certainly not a good jumping on point for the reader. Hickman’s Avengers Saga is massive already, currently totaling more issues when all its series are put together than the entirety of some other comic runs, and even though this particular issue is actually pretty easy on anyone who hasn’t read the rest of the story, future issues are unlikely to be as kind.

Here, The Avengers celebrate a Christmas/We Won “Infinity” party and honestly it’s nice to have a couple moments wherein the Avengers can breathe easy, especially with a couple of engaging character moments. However, this isn’t a Bendis comics as events quickly escalate when an Iron Man from the future (a future including an appearance fans of “Fantastic Four” would love) tells The Avengers that a planet is coming straight at them. The threat, while on the massive scale that we’ve come to expect from Hickman, is more of a background to a story dealing a great amount of foreshadowing with The Avengers’ influence upon the Earth, its future, and how some characters are eventually going to learn the true meaning of hubris. Even though this is still a story where The Avengers team up with a future Iron Man to stop a planet that is also a bullet, Hickman’s story here is actually rather streamlined. Freed from the ever-increasing nature of the Builders arc, this is a fresh new era of the Hickman “Avengers” saga that can stop feeling so constrained to one central arc over a ridiculous amount of pages and work with new more varied elements.

One of these new elements is Esad Ribic, who yet again does an amazing job in presenting an epic story with grounded characters. Shifting seamlessly between a fun Christmas party and a cosmic scale intervention, Ribic nails the more lighthearted and less convoluted story here. Really, even though Ribic gets a ton of (justified) credit for his large scale epic artwork in “Thor: God of Thunder” or “Silver Surger: Requiem” I think it’s his character work that’s his greatest asset. The barbecue when all the characters faces are brilliantly illuminated by fireplace, demonstrating Ribic’s excellent use of shadows, probably brought more humanity to this roster than many other artists who’ve illustrated this volume. Mike Deodato and Butch Guice pitch in to fill some pages and though they’re excellent artists of their own right and definitely don’t slouch in their pages, their characters aren’t as lively as Ribic’s. They still draw a couple of great pages that don’t really focus on the characters anyway, but they’re clearly more in the department of large-scale cosmic rather than a grounded approach.

Also, in a nice little surprise, Salvador Larocca returns to Tony Stark to draw the last few pages detailing a meeting between Iron Man and Iron Man 3030. Without giving too much away, it’s great to see Larocca (arguably the definitive Iron Man artist) make a return.

So though Hickman’s “Avengers” hasn’t exactly been the series I’ve been pining for, #24 seems like a step closer to the stories we all knew Hickman could tell. With the threat of The Builders seemingly over, and the Incursions relegated to “New Avengers,” “Avengers has become a more streamlined book, a change it definitely needed.

Final Verdict: 7.4 – Buy, though I wouldn’t buy into this being a good jumping on point.