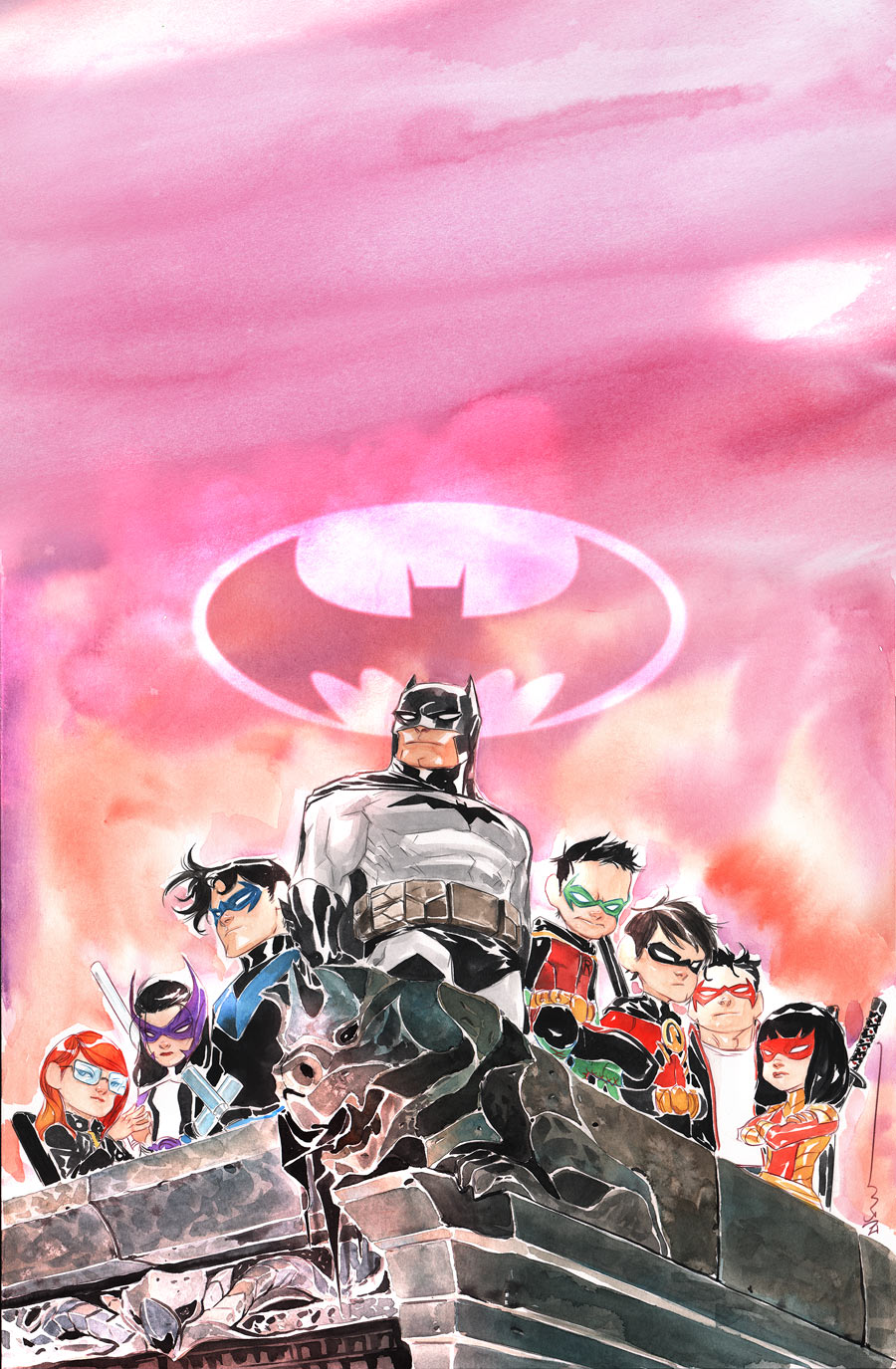 The delightful “Li’l Gotham” reaches comes to an end with a heart warming and emotional story, an another one that gets way dark. 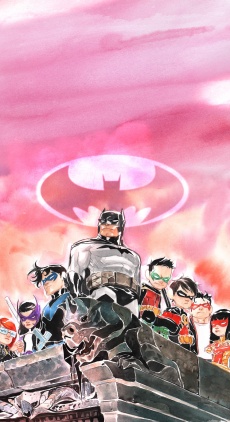 Damian’s fowlest friend Jerry has disappeared, but the people of Gotham City are not helping in his search for a missing turkey. This November, the Condiment King is making a Sandwich Day run! Then we close out the year with a bang before taking a long winter’s nap.

One of the biggest complaints directed at the New 52 has been the homogenization of the various series and art styles. “Batman” looks like “Green Lantern” looks like “Teen Titans” looks like “Constantine”. Everything grim, everything gritty, with no humor or lightness in sight. Because comics are SERIOUS THINGS, not the old silly adventures created for 5 year olds. “Li’l Gotham” has been a welcome break in the status quo at DC, an actual all ages comic that doesn’t pander to the young or the old. Unfortunately the series is coming to an end, with two final stories that will leave a lasting impression on the readers.

“Li’l Gotham” sets it’s stories around the theme of holidays, one per month. The print issue collects two of the digital offerings, and the first story is set on Sandwich Day. While the rest of Gotham is preparing for Thanksgiving, Damien (yep he’s still alive here) is on the lookout for his escaped pet turkey, Jerry. Damien and Batman search for the lost bird, as the young Robin is relentlessly teased by callous Gotham citizens. This is easily the darkest story “Li’l Gotham” has ever featured, and could almost be seen as advertisement for vegetarianism. Even the appearance of the Condiment King, a novelty villain if there ever was one, doesn’t do much to lessen the more horrifying aspects as of a boy looking for his lost pet turkey around Thanksgiving. Batman does take the Batmobile through the drive-thru, however, which is always a hoot.

The second story is set around Christmas time, and Damien has been grounded after some tampering with the Batmobile, and Alfred breaks out the scrapbook to keep the young hero occupied. What follows is a delightful collage of DC characters as they team up with the Bat-family. Superman, Green Lantern, Wonder Woman, the whole gang is there, fighting the bad guys together. This story is really about family, and the lesson that family is whoever you want it be. Sounds almost trite, but Nguyen and Fridolfs craft the story so that is only seem sweet and sincere. The dialog is minimal, and the authors are careful not to drown the audience with heaps and heaps of message. This is a great coda to “Li’l Gotham”, as it tells simple and lighthearted story, without being dumb and corny.

What really makes “Li’l Gotham” something truly special is the art from Dustin Nguyen. The book is just beautiful to look at, and unlike anything else coming out of DC. Nguyen forgoes the traditional penciled art for water color painting. It sets the tone for the entire series, one of etherealness and fantasy. And since this is still Gotham, there’s still an air of menace to everything. The backgrounds of scenes fade in from the white of the paper, and while it may annoy fans of Jim Lee levels of detail, but the result is certainly evocative.

What gives the book the fun, all-ages feel is the actual design of the characters. Everyone has enormous heads on tiny little bodies, with stubby arms and legs and it boarders on Disney levels of cute. Even the Joker is downright adorable. And with big heads come big eyes and mouths that make everything look super emotional. In the first story, as Damien races through the city looking for Jerry, his enormous eyes make his fear and panic plainly visible. it’s downright heart wrenching. “Li’l Gotham” doesn’t feature too many explosive blow outs, so the art does not have to try to render traditional superhero battles. The cute-astic characters are juxtaposed with the eery water colors, and the result is something totally unique among DC or even Marvel books coming out today.

After two years of digital publication, “Li’l Gotham:” reaches it’s finale with issue #12. The first of two stories featured is among the darkest and affecting that the series have ever done, and definitely not one for the kids. The final tale solidifies the series as something truly for all ages. It doesn’t pander to kids with sugar coated stories, or to adults who just want another capes vs no capes fight. It’s was something different, that broke the New 52 mold at DC. Dustin Nguyen and Derek Fridolfs crafted two dozen stories that were entertaining, emotional, and stayed true to the heart of the characters, big heads and all. Dustin Nguyen is surly about to become one of the most in demand artists at DC, but hopefully he and Fridolfs can find the time to return to “Li’l Gotham”.

Final Verdict: 9.0 – Buy. Emotionally resonant story, gorgeous art, and completely different from anything else at DC. This one’s for you, New 52 haters.