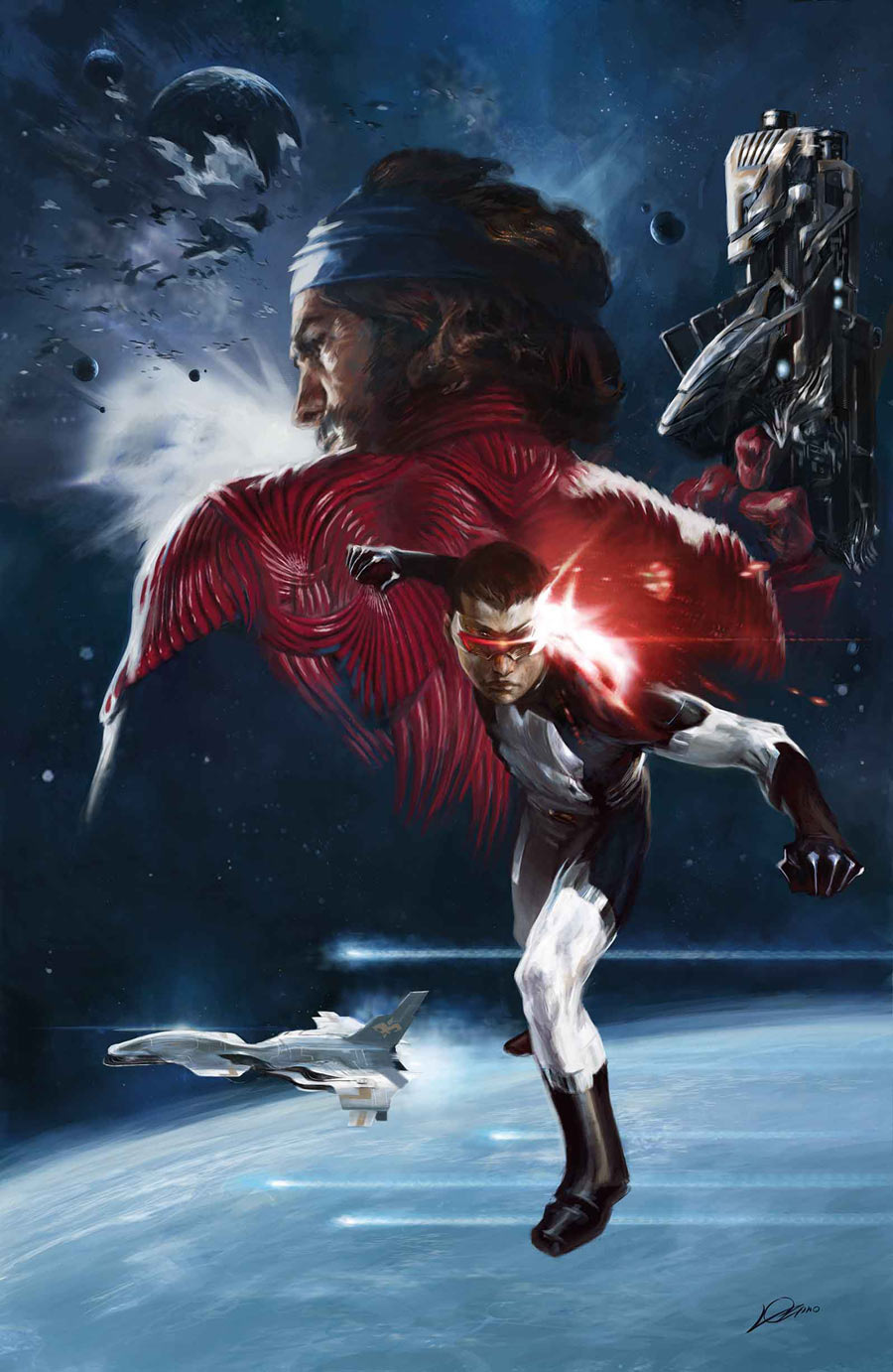 Teenaged Scott Summers leaves the original five X-Men behind for some interstellar bonding with the father-he-thought-was-dead-but-was-actually-a-space-pirate in “Cyclops” #1. 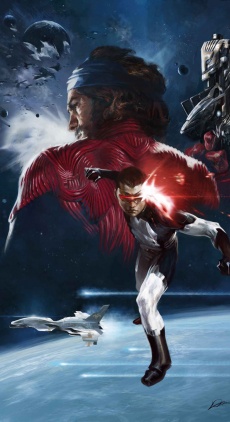 Cyclops just discovered that the father he thought died long ago is alive and well and A SPACE PIRATE. Spinning directly out of ALL-NEW X-MEN, comes the first ongoing solo series for one of the time-traveling Original X-Men. After the events of “Trial of Jean Grey”, Scott Summers stays in space to learn some valuable lessons from his dad: 1) How to shave, 2) How to talk to girls, 3) How to steal a Badoon space-ship.

After the hoopla about the damage done to the temporal integrity of the Marvel Universe by the time jumping Original X-Men, it looks as though the hormonal bunch is here to stay. For proof, look no further than the launch of “Cyclops” #1, the first spin-off of “All New X-Men”, which spreads the teenage mutants even further apart. Scott Summers has undergone one of the more controversial character evolutions in recent comic history, become harden and morally ambiguous until he is now essentially a younger Magneto. This new series shifts the focus to the younger version of Summers, who’s still crushing on Jean Grey and fantasizing about driving a car someday.

The story begins with young Cyclops floating through space, getting a lesson on using his optical beams for navigation instead of just destruction. His teacher interestingly enough is not Corsair, the space-pirate father he just learned was still alive, but Hepzibah, the skunk-like alien girlfriend of said space-pirate father. This deep space journey is not proving to be as happy-go-lucky as they had hoped. But soon, an alien ship attacks Corsair and the Starjammer pirates, leading to some father and son bonding over a good old fashioned space raid.

Greg Rucka is a vey interesting choice to pen the latest X-verse ongoing, as it’s unlike pretty much everything else in his history. Known for his work at DC, including co-creating the cult favorite “Gotham Central” and writing other gritty Batman-centric titles, the only experience he has with the X-Men was 20 issues of the Wolverine solo title ten years ago. Despite the fact that this is new territory for Rucka, he slips into the world of mutants and interstellar aliens with impressive ease. The success of the issue is that right from the first page Rucka puts the emphasis on Summers’ emotional experience, instead just using the opportunity to show pages and pages of alien vs mutant action.

While this is clearly a Scott Summers solo title, the issue also takes the time to set up the world of Corsair and the Starjammers. At first glance the space seems like a good replacement for the Xavier School, another cast of distinct characters for Cyclops to pout around (kidding) and take part in team based adventures with. The pirates seem like an amiable group, familiar to longtime X-fans, and Rucka is sure to give each their own moment to shine. This makes it a little strange that at the end of the first issue it appears that Cosair and Cyclops are taking off on a solo mission, away from the other pirates that were just introduced. This would imply that their two-person mission will be a short one and the other characters will return to the fold soon or they were included as a bit of fan service. Either way, it seems a bit odd that they were given such prominence when they seem to be leaving the story so quickly.

Russell Dauterman is an up and comer at the Big Two companies, with his most prominent work to date being a recent two issue stint on “Nightwing” over at DC. “Cyclops” is clearly a huge opportunity for Dauterman and he most definitely aims to impress. The issue opens with a sequence set in the vastness of space, but Dauterman makes the image seem vibrant, as Cyclops and Hepzibah elegantly twist and turn as if they’re floating through water. The trick with Cyclops is that his eyes are always covered, making visually representing emotions a bit more tricky for the artists. Dauterman avoids falling into the trap giving the Cyclops the most expressive jawline in history; no barred teeth, no large screams of anguish.

The eclectic cast of alien characters gives Dauterman more opportunity to show off, and he doesn’t disappoint. The majority of the crew are old characters, but Dauterman updates their looks so it fits with the tone of the present Marvel U. Basically they don’t look quite so 90’s anymore, also Corsair is still a little on the over-muscular side. The actions scenes are well paced and uncluttered, and the pages never become filled with explosions upon explosions.

“Cyclops” #1 takes the X-verse into deep space, and but the story is less about adventure and more about family bonding. This is very much a setup issue, but Rucka makes everything feel natural, with the right amount of self-aware narration that basically any X-book requires now. Dauterman makes the most of his Marvel debut and proves that he can handle a large alien cast of characters and large action scenes with a great deal of ease. Greg Rucka and Russell Dauterman elevate what could have simply been a hey-here’s-series-where-Cyclops-isn’t-a-jerk book into something unexpectedly emotionally and more character based.