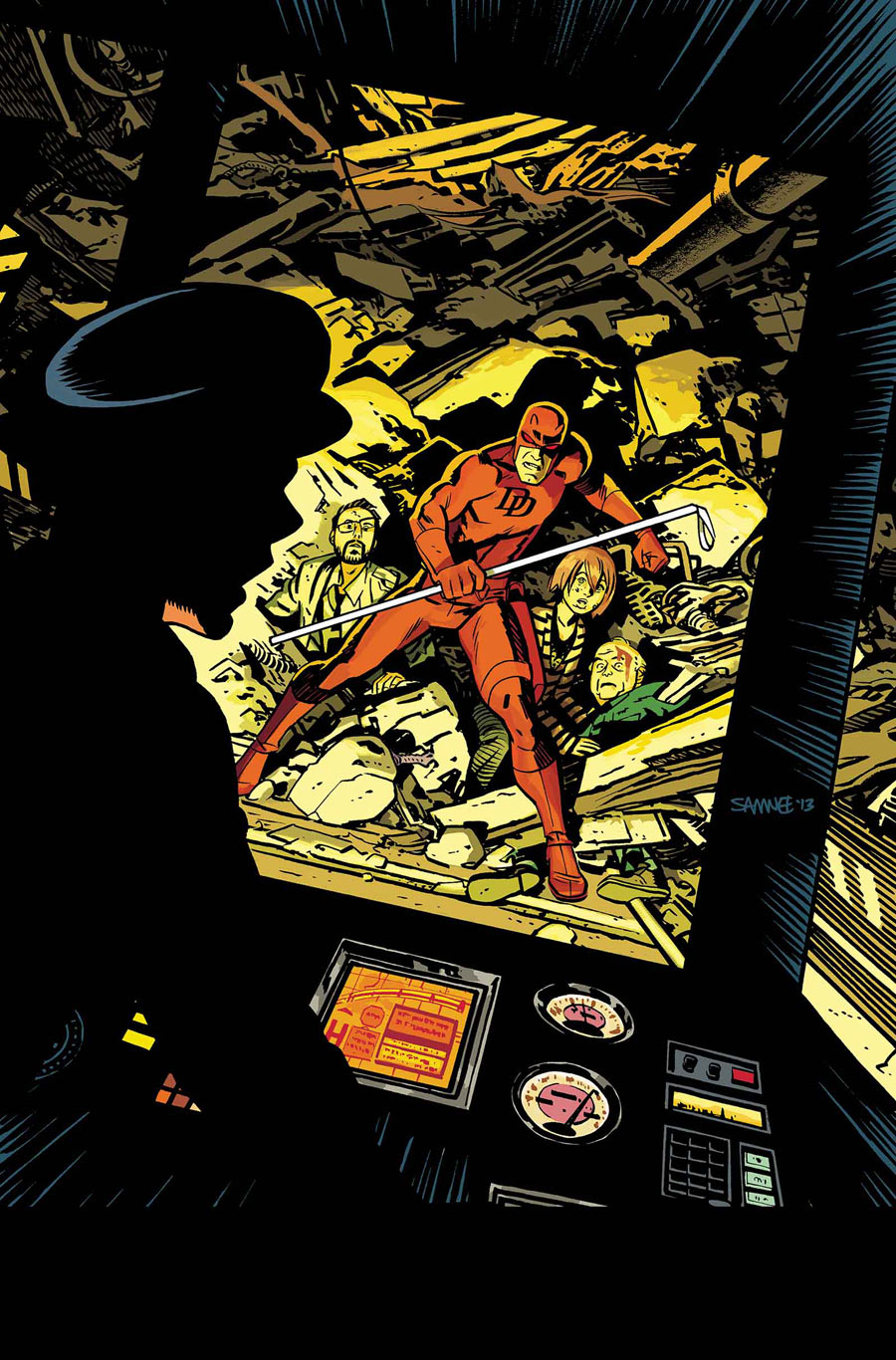 The times are changing for Matt Murdock, and as the end of an era draws closer in “Daredevil” #34, the Man Without Fear must face the Sons of the Serpent in battle over NYC. 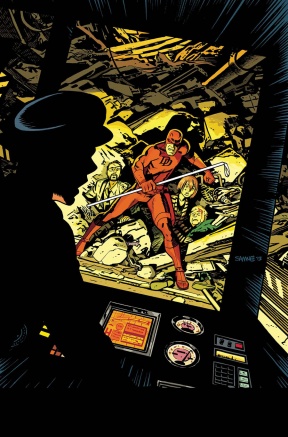 Daredevil’s become New York’s most dangerous man–the self-appointed prosecutor of the Sons of the Serpent, the secret clan who owns and operates the city’s justice system! The odds are against DD–and that’s just how he likes it!

In many ways, reading the Mark Waid run on “Daredevil” is a masterclass in making episodic storytelling feel like one long seamless tale. Their run has featured short arcs, one shots, two parters, but as the current volume nears its end there are long running plot threads coming to fruition. The Sons of the Serpent group has been a thorn in Matt Murdock’s side for months, weaving themselves in and out of dozens of issues, and now their conflict has reached a boiling point.

After returning from his escapades with the Munsters in the hills of Kentucky, Matt Murdock finally has a vital weapon in the fight against the Sons of the Serpent. He has the Dethloch, the holy scripture of the Sons, and formulates a plan to draw them out from the shadows. He teams up with a peculiar doctor and his ex-girlfriend, and blackmails the Sons into delivering the Jester into police custody and ending his anarchist attacks on the city. The Sons retaliate of course, but it seems like Daredevil and his friends have outsmarted them. But with two issues left before the All New Marvel Now reboot, it’s clear that this peace in Hell’s Kitchen is only temporary.

A lot of modern comic creators are accused of “writing for the trade”. That is, favoring short term arcs ready to be collected five to six issues at a time in trade paperback format, at the expense of long term development and reoccurring plot threads. On “Daredevil”, Mark Waid has proved to be a master at creating short stories, with satisfying beginnings and conclusions, but without forgetting about multi-year arcs that weave through a superhero’s life. Waid’s Daredevil feels like a real life of a hero, not just a series of one shot adventures, but a long journey with reoccurring themes and adversaries and allies.

The centerpiece of this issue is a long monologue from District Attorney/Daredevil-ex Kirsten McDuffie as she extolls the people of New York City to fight back against the threat of the Sons of the Serpent. In another writers hands, this speech very easily could have been so corny and trite, brimming with naive and pleasant sounding proclaims with no depth whatsoever. Instead, Waid makes this speech a summation of his entire run on the title. It’s about stepping out of the shadows and inspiring a city to stand up to unknown terror. To be fearless. And despite the seriousness and grandeur of the issue, it never loses that familiar charm and pure enjoyment that has become synonymous with the series. If this isn’t proof that a Waid/Rodriguez “Doctor Strange” solo series would be amazing, nothing will.

Javier Rodriguez was born to draw New York City. There is a double page image in this issue featuring Matt Murdock on the roof with the skyline behind him that belongs in a museum. The recent sojourn to Kentucky undertaken by Daredevil in his quest against the Sons gave regular artist Chris Samnee ample opportunity to draw something other than skyscrapers and office buildings. While he made the backwoods and caves and the South look as gorgeous as everything else in the book, the city as rendered by here by Rodriguez is a sight to behold. Given the fact that there have been approximately one trillion issues of Marvel Comics set in NYC, the fact that Rodriguez still makes it look captivating is a testament to his skill. And Matt Murdock’s jog through Central Park will make even the most exercise adverse among us want to strap on the Adidas and hit the pavement.

The visual montage that accompanies Kirsten McDuffie’s monologue always plays a key part in preventing the multi-page speech from becoming a bore to read. Rodriguez takes the reader around the entire city and its inhabitants, panel by panel. There’s a lot of story crammed into a single issue of “Daredevil”, but it’s the visual tour of the city, from the top of bridges to the bottom of streets, that really gives the story its epic scope. Daredevil has stepped out of his corner of Hell’s Kitchen, and he is truly a major player in the world of NYC superheroes, and the visuals reflect that scale.

This era of “Daredevil” is coming to close, and with his impending move to the west coast, it feels like many things in Matt Murdock’s world are coming to an end. The fight against the Sons of the Serpent has been a long running plot throughout the past thirty issues, and Waid has integrated the group in and out of our heroes life, and has positioned them for a world shattering conclusion. Or at least a Hell’s Kitchen shattering conclusion.

Final Verdict: 9.5 – Buy. This book is great, has been great, and hopefully always will be great.