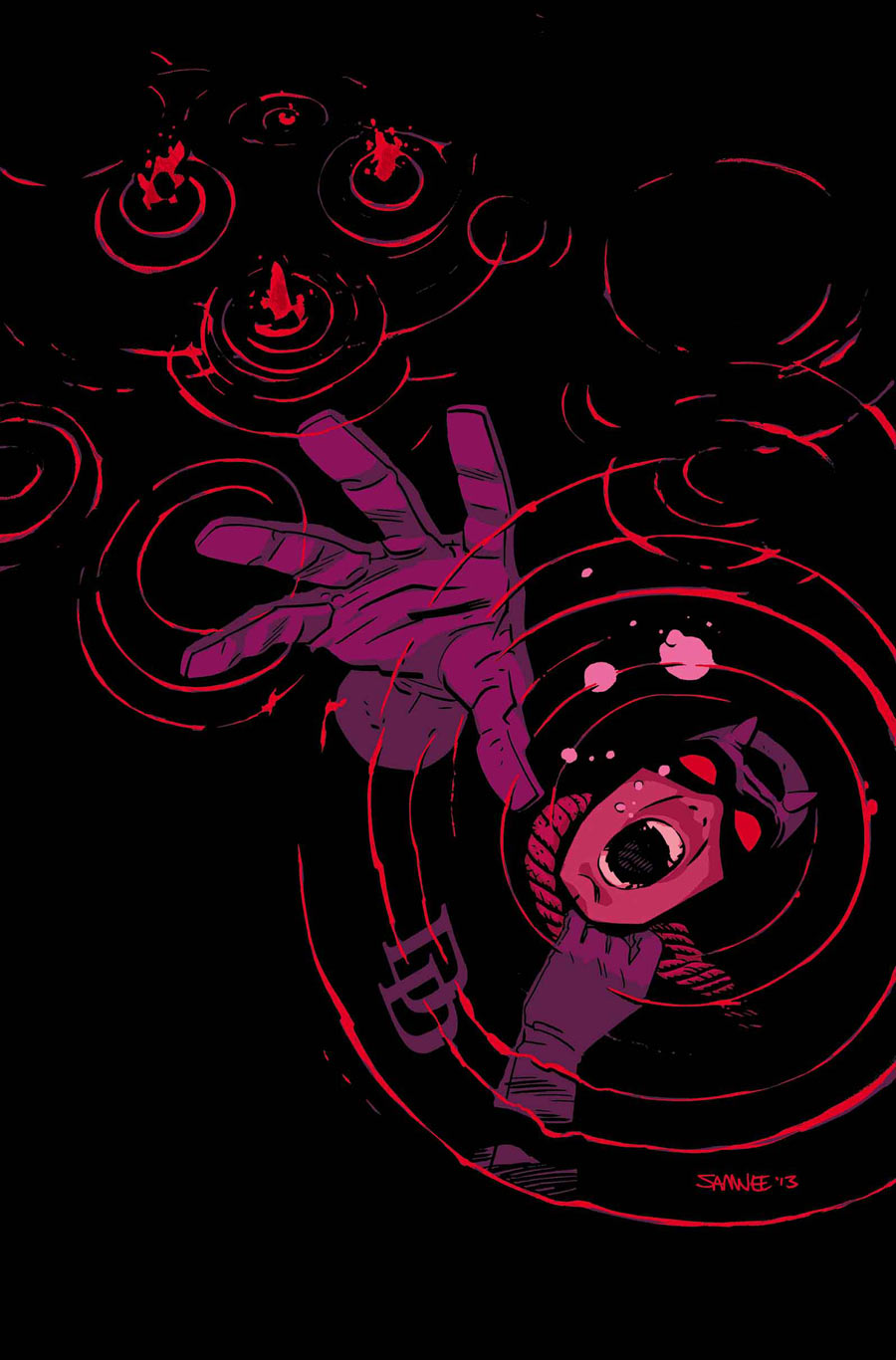 It’s the beginning of the end for “Daredevil” as Matt Murdock is forced into a deal with his bitter enemies in an attempt to save his best friend, as Mark Waid and Chris Samnee bring their story to a close. 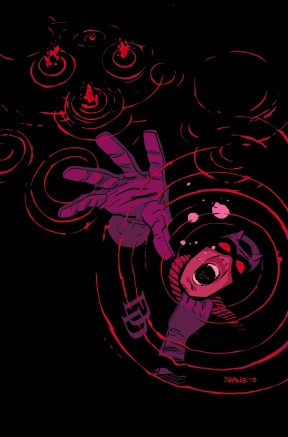 Daredevil pulls his allies together to make an all-out assault on the Sons of the Serpent before they can infest the rest of the nation–but he’s about to find out just how blind justice can be! PLUS…You’ve demanded it! An appearance by Elektra that sets the stage for a huge change in Matt’s life!

The writing is on the wall for Matt Murdock in the pages of “Daredevil”, as the series is soon coming to an end. In a couple months he will pack his bags and head west to San Francisco with the launch of “All New Daredevil”, and the Man Without Fear will say goodbye to his lifelong home in Hell’s Kitchen. All that’s left to be revealed is how Murdock’s fight with the evil Sons of the Serpent will come to a climatic end, and if Foggy Nelson will prevail in his battle with an even deadlier foe: cancer.

After Daredevil temporarily hijacked the airwaves across New York City and revealed the presence of the Sons of the Serpent within the cities infrastructure, news regarding Foggy Nelson’s condition bring Murdock rushing to the hospital. Fearing the worst, he instead finds a new specialist performing an illegal, albeit lifesaving, treatment on Foggy. Arranged and paid for by none other than the Sons of the Serpent themselves. They have a deal to propose: Murdock will act as the defense attorney for the son of a powerful Serpent who is apparently innocent of the crime he’s accused of, and in return the Serpents will ensure that Foggy receives this lifesaving treatment. It’s quite the conundrum, and Daredevil has to make a drastic choice.

Mark Waid clearly enjoys keeping the readers on their toes as they flip the pages through Daredevil’s adventures. When everything points towards a climatic, explosive battle with the Sons of the Serpent over NYC, approximately the 47th such battle the city has seen this year alone, instead the story takes a surprising turn. Instead the main battle in this issue is Murdock versus his own beliefs and desires. His world, as with many super-heroes, falls easily into categories of morally black and white, but Daredevil has been known live in the grey before.

In the past, at this point Daredevil would hole himself up in a church, crouched in the shadows as guilt and despair crushes his soul a little bit more. But as shown time and time again, Waid’s Daredevil is not one for much wallowing. Instead, he calls upon his old friend/girlfriend/adversary Elektra, soon posed for her own All New Marvel Now debut, and engages in a little sparing session to get the blood flowing. Murdock has grown from his past experiences, and shakes off his own depressive tendencies and now when he is faced with trouble he doesn’t hesitate to turn to his friends for help. Other heroes should take note (*coughBatmancough*), wallowing is so 2013.

Chris Samnee returns from his brief one issue hiatus to pencil the grand finale of the currant volume of “Daredevil”, and he is clearly swinging for the fence. He has kept an incredibly high visual standard throughout his run on the book, and Samnee only elevates himself in this final arc. This issue is somewhat light on the action when compared to other installments, but the issue never looks plain or boring. Even the scene where Matt confers with the representative of the Serpent in Foggy’s hospital room is tense and filled with great facial expressions that suck the reader in. The moment when they demonstrate their ability to confuse Matt’s superpowers is arresting and gives a great bit of insight into what a tricky situation he is facing.

With the imminent move to the land of Alcatraz and the 49ers, this is Samnee’s last chance to draw Daredevil in his native Hell’s Kitchen and he has infused every page with great detail. As Daredevil and Elektra leap across rooftops and investigate the collapsed building, every bit of rubble and debris is rendered and fleshed out. Nothing is left to fade into the background as a blurry mass of grey and brown. Samnee’s art style even manages to make a smirk from the usually dour Elektra look natural. He should also be commended for the number of panels he uses, as it is another thing that sets apart Samnee. When other artists will cram eight different panels made of weird angels and artificially blurred images, Samnee only uses four or five conventionally placed panels and he still manages to make every page look exciting and kinetic.

“Daredevil” from Mark Waid and has been consistently the best superhero book on the market, and as the series reaches its close there is every inclination that these master storytellers will bring the tale to an unexpected yet satisfactory end. This issue, despite being mainly set up for the grand finale, never feels like it’s stiff or boring and crammed with exposition. It is as well crafted and enjoyable of every issue of this character defining run.

Final Verdict: 9.0 – Buy. The end is near, and everyone should be reading this series.