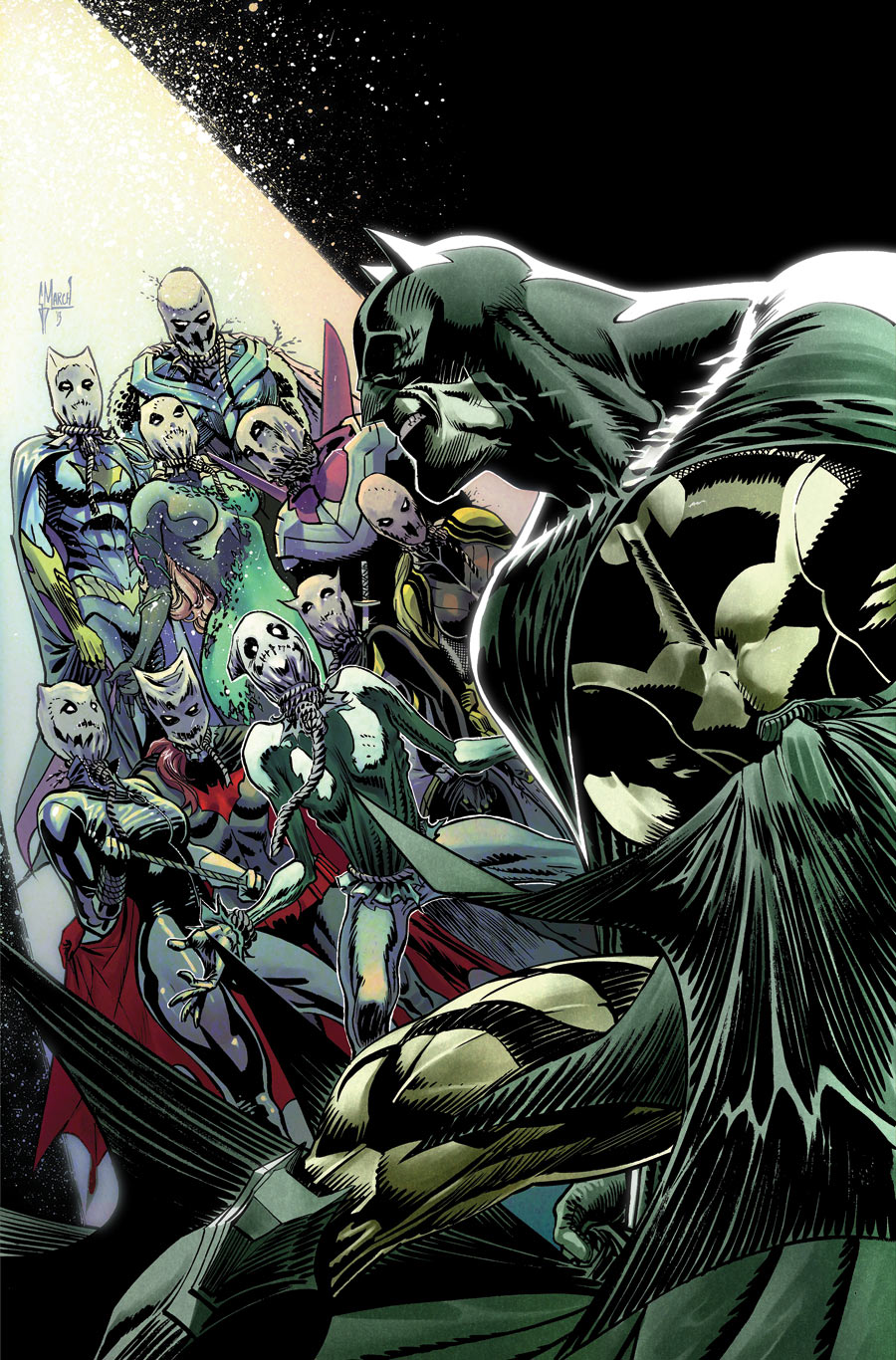 The ‘Gothtopia’ arc, and John Layman’s time on DC’s namesake series, comes to a satisfying end in “Detective Comics” #29. 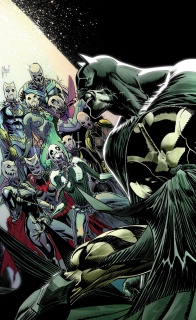 The stunning conclusion of “Gothtopia”! Batman discovers the terrifying secret behind this brave new world.

It’s hard not to feel a little sorry for John Layman and the whole “Detective Comics” creative team. Being put in charge of one of DC’s signature series, with a history reaching back more than 75 years, and featuring one of the most famous superheroes in the world sounds like a plumb opportunity for anyone. And then Scott Snyder and Greg Capullo relaunch sister series “Batman” with one of the most acclaimed runs in recent memory, and even retell the Dark Knight’s origin for a brand new universe. Talk about being over shadowed. Nevertheless, Layman and company have steered “Detective Comics” on a course of consistent and entertaining, if occasionally standard, Batman stories.

This issue features the conclusion of the three part ‘Gothtopia’ event, where the city has been transformed into one of cleanest and brightest places in the DCU. Crime is down, Batman wears white and occasionally steps into the sun, where he is accompanied by his trusty side kick Catbird. Of course, Gotham and sunlight don’t really mix, especially when the Scarecrow is involved. Even as Batman is able to break his toxic hold on the city, the Dark Knight might be forced to become one the Scarecrows minions, and spread unending fear throughout Gotham.

In a way, writing “Detective Comics” is one of the most thankless jobs at DC. Despite the legacy and amazing cast of characters, it’s the perpetual also ran of Bat-verse comics. Despite the difficulties, John Layman has kept the focus on Batman’s grittier, more grounded villains. When comparing ‘Gothopia’ to the previous Penguin and Mafia storylines, the Scarecrow’s citywide hallucination is about as fantastical as the series has got. Perhaps the wisest decision that Layman made is to keep “Gothtopia” a three issue event. The general plot is not the most original Bat-story ever, so by keeping the pace quick it greatly aids the stories entertainment factor.

Layman nails Batman’s single minded focus and knack for problem solving, and nicely fits the mold of the titular detective. Another smart call was not to drag out Batman’s supposed exposure to and corruption by Scarecrow’s fear toxin. The audience knows that Batman won’t really be evil, and by letting everyone in on the ruse, Layman avoids a groan inducing “twist”. The fact that Batman still uses the fear toxin on others, despite the fact that they’re career criminals, gives Layman’s Batman an interestingly ruthless characterization. Everything wraps nicely, and Layman brings the story to a satisfying close. It’s exciting, and action pack, and the bad guys get their comeuppance. Layman’s use of classic Gordon-has-some-cases-for-Bats is a nice way of passing the torch to the new creative time.

Aaron Lopresti is bit of a journeyman at DC, penciling arcs for the company’s biggest characters over the years. He is a recent addition to “Detective Comics”, joining for the ‘Gothopia’ storyline, and helps this era of the series go out with a bang. His style is very much on the realistic side of things, with Batman’s suit looking almost just like the armor from the Nolan films. while still mirroring the short-eared cowl design featured throughout the New 52. Lopresti’s Gotham is dirty and jagged, and while it’s easy to dismiss it as adhering to the present DC house style, everything is beautifully rendered.

The action packed finale gives Lopresti the chance to show off his real skills. The sky is overtaken by dozens of blimps, as part of the double page spread, and is quite gorgeous. When the fear toxin take hold, Batman morphs into a classic bat-monster, which stands out nicely among the lifelike art of the rest of the issue. Lopresti handles every aspect of the art very admirably, the only thing that seems a bit unusual is the use of white backgrounds behind the panels for the many scenes. This is perhaps to fit the gleaming white tone of the fake Gotham created by Scarecrow.

“Detective Comics” #29 is the end of the John Layman era, and the writer, along with artist Aaron Lopresti brings the ‘Gothopia‘ arc to a satisfying end. The characters all act appropriately, the dialogue is to the point and not overdone, and Layman makes wise story telling choices that avoid repeating familiar twists and tropes. Perhaps the biggest complement that can be given is that the tone harkens back to Batman: The Animated Series, with its use of familiar motifs, and blimps, to tell engaging and entertaining stories. If the story had been stretched out to several more issue, it would have very likely been lethargic and predictable; the brisk pace makes for an enjoyable read.