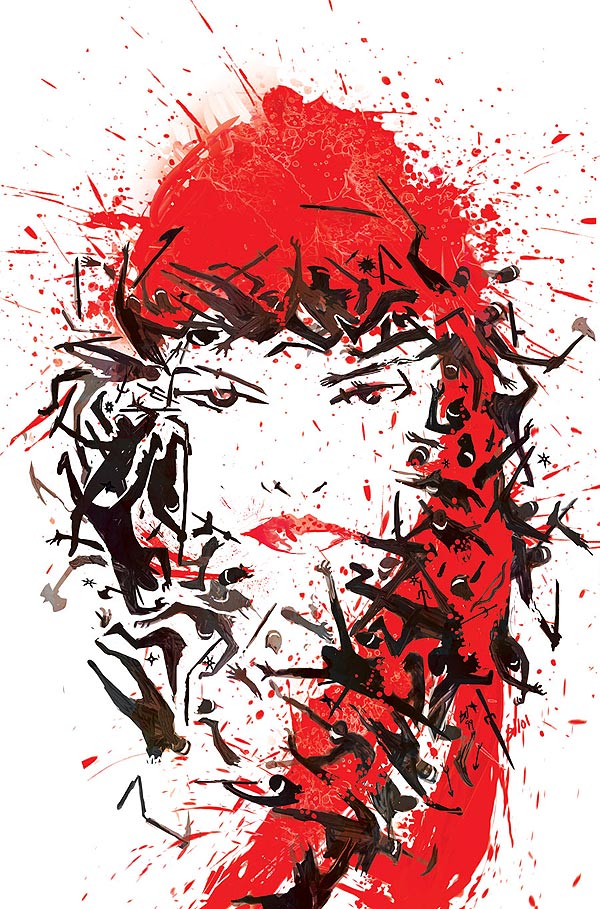 Haden Blackman and Michael Del Mundo Marvel’s Deadliest Assassin/TMNT Cosplayer in the pages of “Elektra” #1! Read our spoiler-free review below! 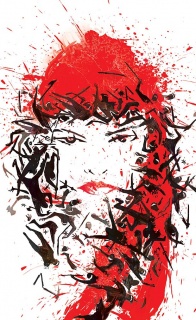 Witness the beautifully violent return of the world’s deadliest assassin. A life spent in silent pain has led Elektra to the precipice of despair. As she prepares to shed her past and take her next step, everything you know about her will change! Death is no escape, but she will find her way as a new option opens up that will take Elektra to places no other Marvel character can go.

I’ll be honest, I’ve never been a huge fan of Elektra. Not because she’s a bad character per say but more because she’s never really gotten the chance to break away from the shadows of other characters. In my admittedly limited exposure to the character the only things that have truly been consistent in her portrayal are that she used to date Daredevil, was killed by Bullseye, and was murdered even further by Jennifer Garner. Aside from that excellent “Dark Reign” miniseries by Zeb Wells and Clay Mann. Now, with the All-New Marvel Now “Elektra” #1, Haden Blackman and Michael Del Mundo create a bold and exciting world for Elektra Natchios that ensures she won’t fall into anyone else’s shadow again.

How do we know this? Because Haden Blackman starts off the issue with a monologue from Elektra about just that. Though Blackman talks tough, it’s not his narration that proves we’re looking at a new Elektra. No, the intro is set against a almost dreamlike sequence of from Michael Del Mundo depicting Elektra’s memories from training as a ballerina before transitioning into where she is now: violently mowing down ninjas. It’s a beautiful summation of the character’s history made explicit by the faded memories being played out in the mirrors of Elektra’s imaginary ballerina studio. Mike Del Mundo’s painting like style unapologetically carves out a new look for Elektra that highlights the grace and beauty found in her skill rather than in exploiting the character, as  has been the case in plenty of past cheesecake-fueled titles featuring the character. Also of note in this sequence is Del Mundo and Marco Alfonso’s use of coloring. Elektra’s deep red cuts through the dull palette throughout the issue. The opening monologue has Elektra discuss how she’s nothing but an assassin and it’s during those moments of violence that the red becomes most noticeable, a brilliant representation of the true passion in Elektra’s life.

Of course, there’s more to this book than just the title character. Here, Elektra receives the beginnings of a supporting cast with The Matchmaker, a contract negotiator for assassins with a 20’s flapper look. Blackman’s intent on delving deeper into the hired killer aspect of the Marvel Universe and it’s through The Matchmaker that we begin to open the world that houses the likes of Taskmaster, Bullseye and Elektra. The Matchmaker sends Elektra on a hunt for an assassin named Cape Crow. The catch? Bring him back alive. The second  catch? There’s about a dozen other killers after him already.  We’re introduced to one of them here who goes by the name of Bloody Lips and is unlike any of the super powered hit men we’ve come to expect from the House of Ideas. He actually gets a scene parallel to the opening that nicely sets him up as Elektra’s rival, but it’s much more primal than the ballerina grace Elektra had. And though we never see his face, the close-up shot we see when he meets another famous villain is more than enough to ensure that Elektra will have her work cut out for her, or at the very least she’s going to be pushed outside her comfort zone.

Though the plot gets off to a somewhat slow start, “Elektra” #1 does more than enough to distinguish itself from the rest of the Marvel Now! crowd. Blackman’s handling of the Elektra character clearly speaks as a killer who refuses to be taken as an accessory and his narration leads to some really great lines (“Away from the noise, from the city where we were born dead nto the wild, into the never never… where we could die alive.” wins best brooding monologue of the week). But if there’s one reason to check out this book it is Michael Del Mundo who is straight up unreal here. Every page in “Elektra” #1 is as in-depth crazy as the opening sequence, particularly the swamp sequence where the branches rise up from the waters to form borders for Bloody Lips’s flashback. Del Mundo’s art is fast, sharp, and violent but rendered in an inventively beautiful style that makes this the most visually distinct “Elektra” series yet. And maybe with even a little more time, it’ll become the most distinct “Elektra” series period.