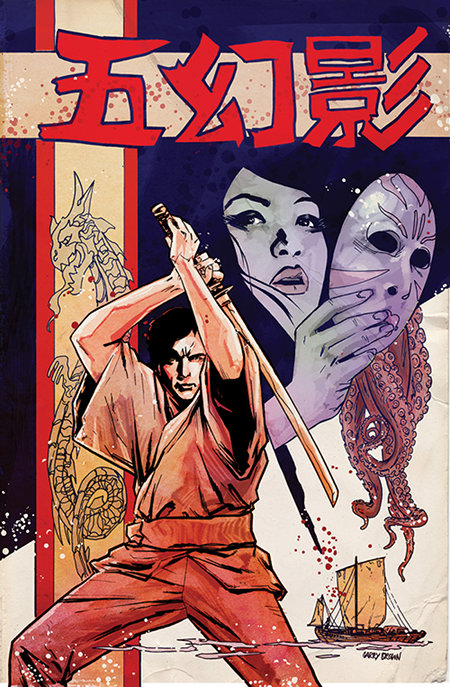 We fell over ourselves with praise when “Five Ghosts” first came out, and the miniseries only got better from there, getting across a tangible love for old-fashioned adventure tales and looking absolutely gorgeous all the while. Now the series is launching as an ongoing, and we’ve got a stand-alone tale set in Japan to kick things off. Will you guys be surprised if I say it’s fantastic? 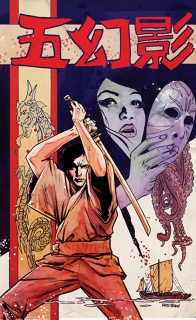 Fabian travels to Japan to aid an old ally in the search for a mythical weapon: the legendary sword known as MASAMUNE!

Fabian Gray’s adventures have taken us all over the world, and even deep into his own consciousness, and all the while this series has never failed to find something new and compelling and delicious about the choice of setting. This issue is no exception, immediately immersing us in a distinct atmosphere as Fabian reunites with Hisano, a swordfighter with whom he’s got something of a history. She’s got a reason for summoning him, of course, and the plot unfolds with all kinds of twists and turns as they come into contact with a supernatural force.

If you were to write down every plot point of this issue, it would look sort of stale; a pastiche of every Western-assassin-in-Japan story you’ve ever encountered. But the appeal of “Five Ghosts” has always been the way it manages to make well-worn story conventions feel new; and while I’m at something of a loss as to how the team manages this, that’s definitely the case here. I think it may be the downright conviction of Barbiere’s writing, combined, of course, with the accomplished art. Barbiere refuses to wink at us, instead playing out each trope and betrayal in complete earnestness. The result is a sweeping, masterful story that has an old-fashioned flavour, but an appeal beyond that as well.

There are so many comics out there that all about the irony and the self-awareness, and with this issue it’s more clear than ever that “Five Ghosts” is, first and foremost, a rollicking good story. A touch of romance in this issue in particular is not unwelcome, and the end manages to surprise by avoiding melodrama and favouring a quiet moment to cap things off. Barbiere knows how to shuffle and manipulate tropes so that new facets come to light, and in terms of the overall effect of this issue, gets us home with complete confidence.

Garry Brown takes over art duties from Chris Mooneyham for this issue, with a style that echoes Mooneyham’s original take while still feeling distinct. The overall atmosphere is continuous with what has come before – pulpy and exoticized, with the same solid feel for the beats and pauses of action scenes – and thanks to Lauren Affe’s colours, there’s still that faded, aged look, like this is some awesome forgotten comic you unearthed in your grandparents’ attic.

As for the characterizations, Brown’s Fabian is a bit more dashing than we’re used to seeing, but still very much Fabian, with a nice brooding edge. And while don’t see his trademark ghosts very much this issue, a moment involving his Dracula persona comes across with visceral immediacy and underscores the intensity of the transformation very well. Hisano, meanwhile, falls a little short in terms of her expressions, but the storytelling of this issue tends to favour emotional compositions over intense close-ups, so it’s not a distracting flaw.

One interesting touch is the way the character’s faces sometimes go translucent and merge with the setting, with the background showing behind the simplified bold strokes that make up their faces. It’s a neat gesture toward the immersive quality of the setting, and one of those memorable stylistic signatures that make you want to look the issue over just one more time.

The very best moment is one I wouldn’t want to give away, but let’s just say it involves a monster rendered in all kinds of skin-crawling detail, and that it practically makes the issue. Comics will never have enough monsters like that.

I think I’ve made it pretty clear: “Five Ghosts” #6 is some good comics, laying out a beautifully blocked story with gobsmacking art. It’s also pretty heartening to see a great miniseries continuing on in high style, but even if you didn’t check out the miniseries, this is a great moment to hop on. Like the central encounter of this issue, you’ll find the experience a revelatory one.