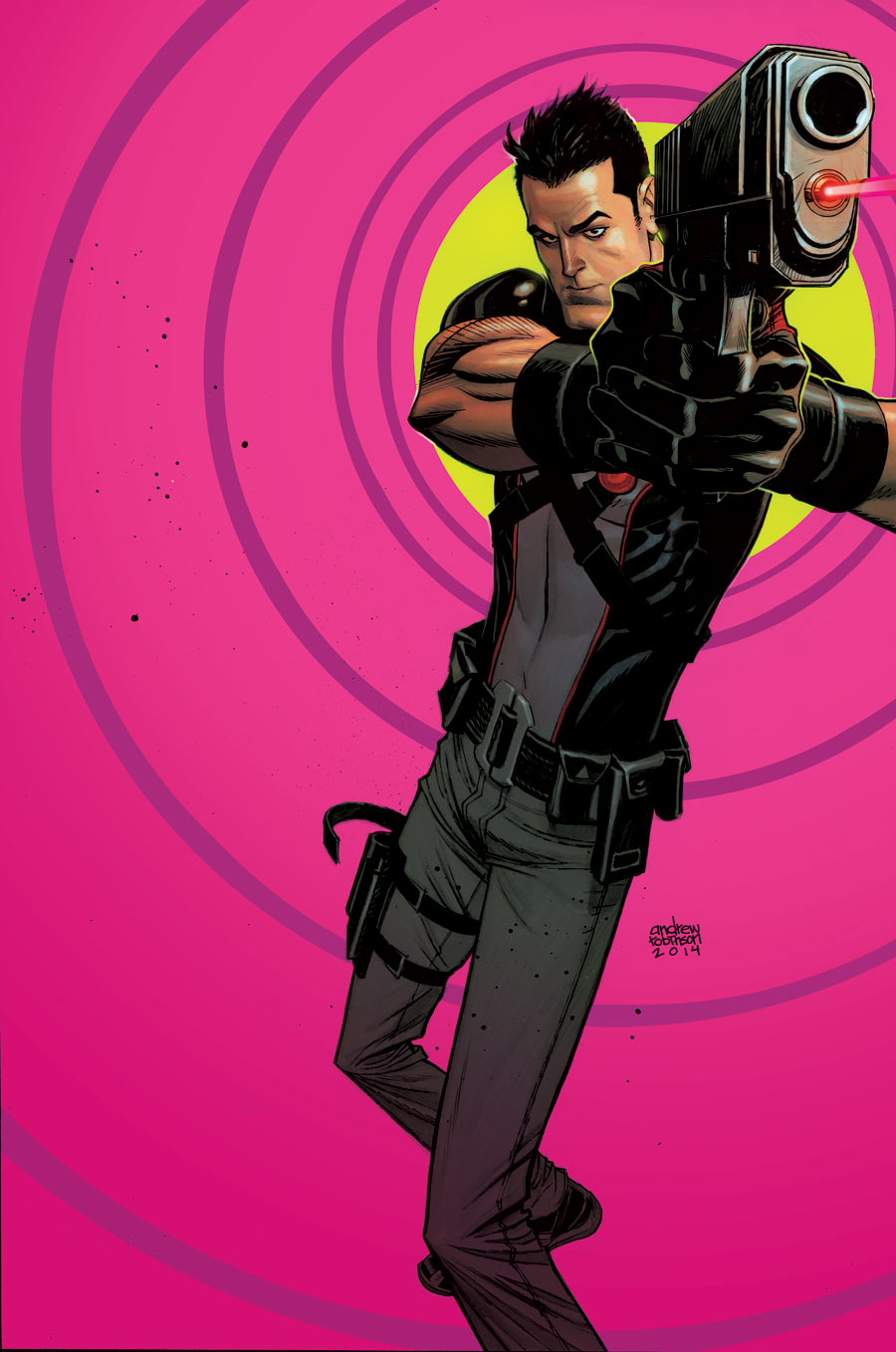 Fans of Grant Morrison’s Batman saga rejoice, as “Grayson” carries on the spirit of “Batman Incorporated” while bringing Dick Grayson out from his mentor’s shadow and back into the limelight. 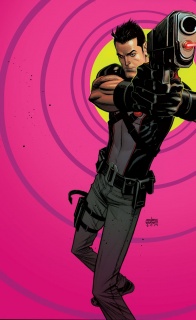 A thrilling new chapter of Dick Grayson’s life begins in this new, ongoing series. It’s a super-spy thriller that will shock you and prove one thing: You might think you know Nightwing – but you don’t know Dick.

After the events of “Forever Evil” led to the outing of Dick Grayson’s secret identity and brought him inches away from death, writers Tim Seeley and Tom King set out to bring us something entirely different. Well, I say different in a relative fashion. This is arguably the latest case of the Batman franchise mirroring that of Marvel’s Captain America, as Grayson’s faked death and subsequent return as a secret agent is quite similar to Bucky’s status quo post “Fear Itself.” However, as far as the original Boy Wonder goes, this is a pretty massive departure.

As alluded to earlier, “Grayson” is heavily influenced by Grant Morrison’s Batman work, particularly the concepts introduced in “Incorporated.” Dick finds himself out of spandex and in the employment of Spyral, the off-the-books UN spy group once lead by the diabolical Otto Netz. While the finale of “Batman Incorporated” revealed the original Batwoman and daughter of Netz, Kathy Kane, had taken over the organization, “Grayson” finds Dick under the direction of the mysterious Mister Minos. Dick is teamed with Helena Bertinelli, the pre-New 52 Huntress making her New 52 debut. Tying the Morrison connection even closer, Bertinelli is also employed at St. Hadrian’s Finishing School for Girls, the school that astute readers may remember from the “Leviathan Strikes” one-shot.

While some might find Dick’s new lifestyle choice to be a bit of stretch, rest assured, the reasoning behind his new status quo is revealed by issue’s end, and it’s actually a lot less surprising than you might expect. Still, the angle of Dick as an embedded double agent is certainly entertaining.

Joining Seeley and King is the terrific Mikel Janin. Fun fact: this isn’t the first time Janin has penciled a Dick Grayson series, having also provided art for the “Flashpoint” tie-in series “Dead Man and The Flying Graysons.” Though Janin has since gained attention for his strong work on “Justice League Dark,” the artist transitions flawlessly back from the world of magic and monsters to acrobatics and martial arts. It’s always a treat when an artist finds a way to incorporate tangible motion into comics, an inherently static medium, and Janin does so masterfully. From the word go, Janin captures not just the movement though space but through time, as incarnations of Grayson through the ages fly across panel boundaries. The simple four panel sequence brings to mind the iconic opening of “All-Star Superman,” with a bit of sarcastic wit thrown in.

Turning the page, we’re treated to a stunning double page spread. This page acts as a sort of overture, hinting at the diverse bag of visual ephemera that will later be employed in an impressive tour de force. The first and largest panel finds Grayson looking out at an approaching train; small inset panels, focusing on close ups of the train, Dick’s hard set expression and, of course, a robin set the scene’s tone. Similar panels also capture the moment the hero’s feet leave the ground, beginning a harrowing jump towards the moving train. Using red after-images, Janin tracks Dick’s movement, showcasing the character’s style and finesse. Breaking the space is a black bar, containing the title and credit information, as well as the hypnotic swirl that forms a visual theme over the course of the issue.

The last and smallest of Janin’s visual tricks is arguably his most impressive. In an attempt to fight off a close quarters combatant, Dick tosses his hand gun boomerang style against a passing pole, two panels over. Janin breaks down panel barriers, with the ricocheting weapon crossing back to the middle panel, where it meets its target. Sending objects and characters outside of panel boundaries is hardly new or innovative, but this small dynamic use of space feels incredibly fresh.

The plot itself, consisting of your standard international spy games with a dash of metahuman antics, isn’t quite as impressive as the artistic direction. It’s still a very enjoyable read, however. Seeley’s script is extremely tight, rich with wit and character. There’s a terrific chemistry between the main cast, particularly between Dick and Helena. The enigmatic “hypnos” power granted by Spyral is an interesting new tool for Dick, a hero who has always relied on his own inherent skills to get the job done. It’s certainly a skill that walks a fine ethical line, if it can be considered ethical at all, another kink in the fabric of Dick’s new life.

It’s also worth noting that Midnighter makes a surprising appearance in the issue. While the Batman-analogue makes a fun foil for the Caped Crusader’s oldest protege, I can’t help but feel that his role could have been farmed out to any generic black-ops type. Still, you can’t fault the creators for making good use of the universe and it’s inhabitants, especially when the character in question is so woefully underused. Hopefully this isn’t the last time we’ll see Midnighter, and that the team will continue to utilize fringe characters.

With a strong hook and terrific artistic direction, Nightwing’s new direction in “Grayson” is certainly off to a strong start. I’m of the opinion that Dick is always at his best when he steps out from under Bruce’s shadow, as witnessed in the ‘Bludhaven’ era, as well as the stellar “Batman and Robin.” Dick’s absence from other Bat-books, particularly “Batman Eternal,” suggests a dedication to distancing the character from the Gotham scene, a decision I applaud wholeheartedly. By further removing Grayson from his familiar haunts, Seeley and King have literally opened a whole world for the character to explore. Like the endless loop of the twisting spiral, the possibilities are apparently endless.

Final Verdict: 8.8 – I still can’t believe that tag-line made it through.