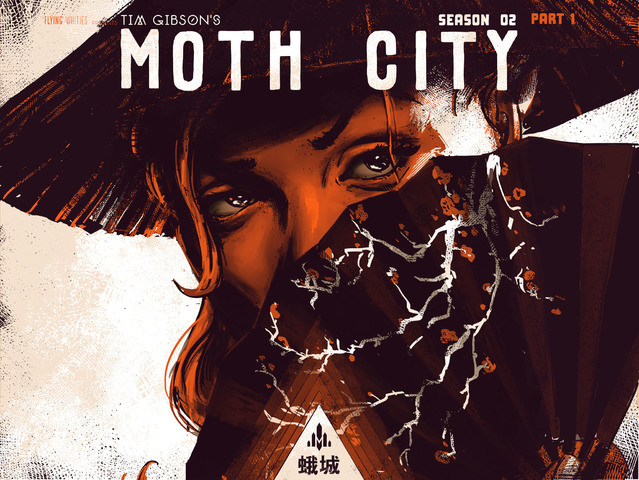 “Moth City” has been trailing new ground for the digital comics medium and issue four is no different. Read below for the full review. 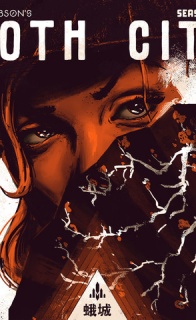 Written and Illustrated by Tim Gibson

Confession time: twenty four hours ago, I hated digital comics. It hurt my eyes, print comics were just so much easier, and overall it didn’t feel like there was any needed for a comic to be digital rather than print. Sure I could buy “Adventures of Superman” on Comixology, but it’d be coming out in print eventually, so why bother? Then, I sat down and read every issue of “Moth City” released thus far and let me tell you, they’re on to something with this digital comics doohickey.

“Moth City” is the story of an island during the Chinese Civil War where several factions are after canisters of chemical weapons, a scientist must deal with a boss who is certainly out to kill him, and a daughter has to escape from the world’s most complicated father. The story’s very good historical fiction that, starting with the last issue, gives itself a tinge of Sci-Fi that leads the plot to go down several interesting roads. There’s plenty of questions of morality being thrown around, usually in the form of narration captions that pop up every other minute or so. The dialogue is clever and the characters are engaging (Jun is the best) although there are several moments where it feels like the reader needs to take some time to let exactly what’s happening catch up to them. This isn’t that much of a problem, since you’ll probably understand some of the more-out there details of “Moth City” eventually, but there are plenty of times when you might feel like you skipped a page or fifty, especially when it comes to the finer points of Doctor Boyle’s storyline. This issue, specifically, takes the story in some really drastic and unexpected directions that force me to need to read every issue that comes out from now on, if only to find out what happens to Jun.  Set against a practically never before seen setting, “Moth City” is a wholly unique look at the concept of chemical weapons and how they affected China during their civil war; as well as a doomed love story and a tale about a man trying to confront his inner demons.

And while “Moth City” #4’s plot may be excellent, the greater reason for reading this book is the art. Gibson is both writer and artist which naturally leads to a synthesis between script and art, but more importantly he is writing and drawing exclusively for a digital comic. Disclaimer: I’ve never really read that many digital comics before, so if this is something that’s been done before I’m still impressed because I just haven’t seen a digital book like this before. Pressing space (or the next button on your iPads and pagers or what have you) leads to the next panel of a page being presented (naturally.) However, Gibson doesn’t just give readers a straightforward progression of panels. Lights flicker, changing the shadows upon a character’s face; heads twist in one panel rather than three; and one sequence of dialogue in particular leads to a wonderfully anti-climactic moment. None of these artistic choices are gimmicks either; they figure naturally into the story and are integral to it, rather than being an out of place show-off moment for the artist.

What flows from this art style is less a static comic and more of a new kind of sequential narrative. It’s not like those motion comics because any type of animation isn’t forced and there’s no sub-par voice acting (which would probably go off horrifically here.) Instead, “Moth City” is distinct in its art style. The plot couldn’t be told on static paper as deftly as it is here. Unlike most digital comics, “Moth City” needs to be read electronically and not just in a collected print edition. It’s arguably one of the first comics made exclusively for the digital medium. Not just published there first, but made to be read with a smooth movement in the art.

“Moth City” is arguably the most important digital comic being published right now. If you’re interested in seeing where that medium is going to go, pick up this book. More importantly though, “Moth City” tells a beautifully heartfelt, and hella violent, story against a setting that’s rarely been done in fiction. It’s incredibly unique and unlike any comic you’ve read and, for that, it warrants at least a try. Granted, there are a lot of moments when the story becomes a little unclear, but that resolves itself should you keep moving forward with the reading. “Moth City” may not be a perfect comic, but it’s certainly an innovative one that deserves your attention.

Final Veridict: 8.5 – While it may not be perfect, “Moth City” is surely innovative.