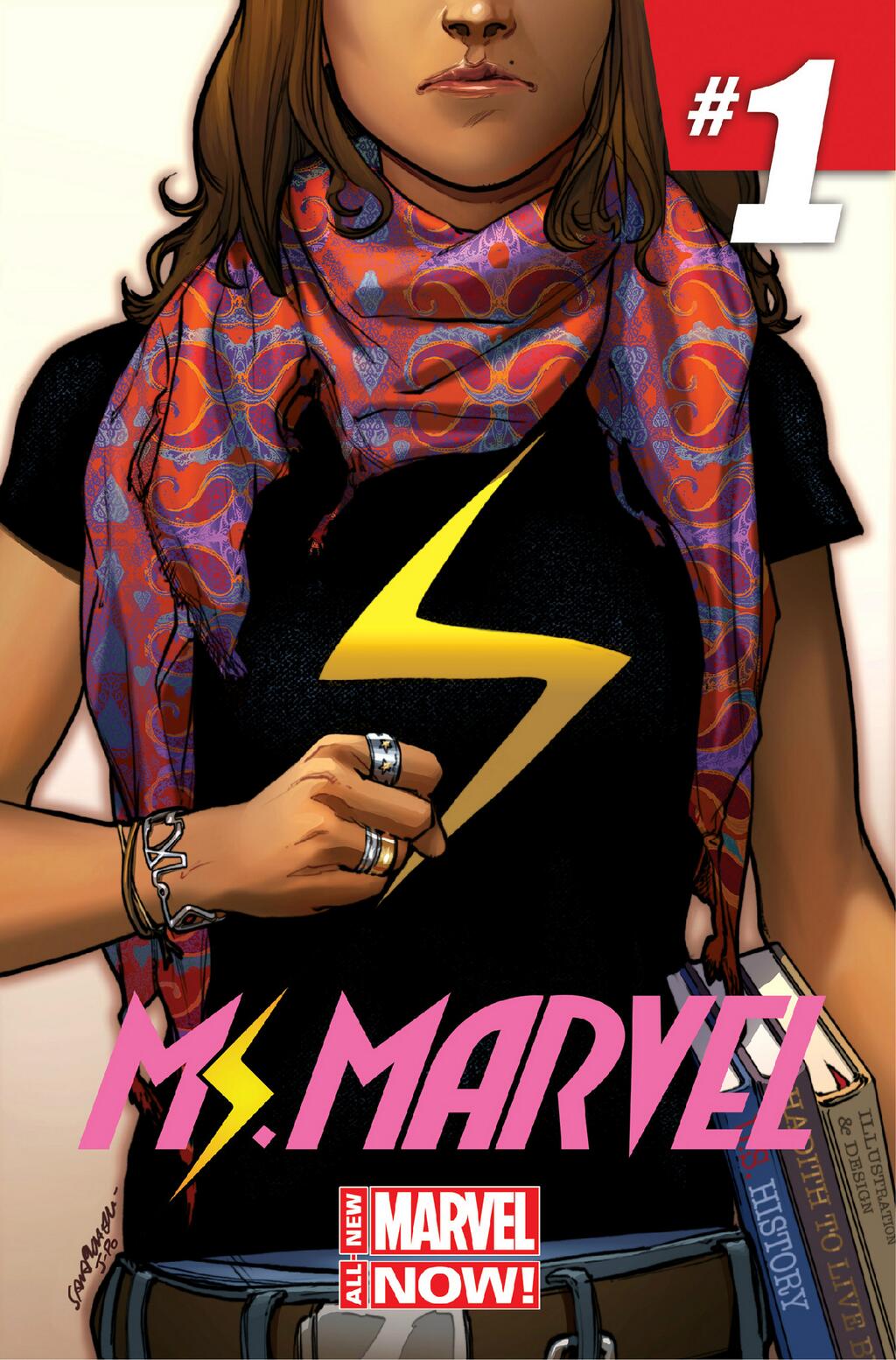 The reactions to just the announcement of this series have been so polarising that this has to already be one of the most talking about comics of 2014 and we’re only in February. But now that the dust has settled and we’ve all come to terms with Marvel’s first American-Muslim superhero leading her own ongoing title, how does “Ms. Marvel” #1 read as an actual comic? Well… that’s what all the words down there are for. I can’t answer that in the introduction. 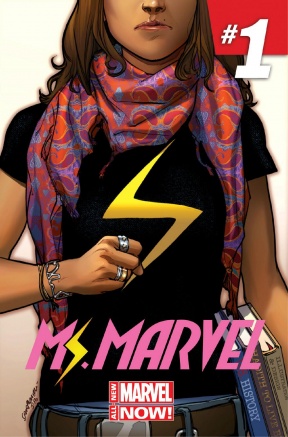 Written by G. Willow Wlson
Illustrated by Adrian Alphona
The legend has returned! Marvel Comics presents the all-new MS. MARVEL, the ground breaking heroine that has become an international sensation! Kamala Khan is just an ordinary girl from Jersey City–until she is suddenly empowered with extraordinary gifts. But who truly is the all-new Ms. Marvel? Teenager? Muslim? Inhuman? Find out as she takes the Marvel Universe by storm, and prepare for an epic tale that will be remembered by generations to come. History in the making is NOW!

Ever since Peter Parker, teenaged superheroes have been a mainstay at Marvel and they have recently been making a major comeback. Between Kieron Gillen and Jamie McKelvie’s tumblr-ific “Young Avengers” run to the back-to-basics “Nova” revamp to the upcoming “New Warriors” reboot, Marvel seems to be really looking to diversify the age range of their superheroes. That’s why it’s so interesting to see a title that not only diversifies the age of it’s main character, but also her gender and nationality away from the middle-aged straight white main that has become the staple of superhero comics. Coming from writer G. Willow Wilson and artist Adrian Alphona, “Ms. Marvel” follows Kamala Khan a 16 year old Pakistani-American girl who is Muslim and just so happens to be one of the latent Inhumans affected by the global terrigenesis crisis plaguing the Marvel Universe of late. But that’s getting ahead of ourselves. Regardless of how it reads, it should be noted how important this comic is in terms of how the comic industry has evolved. An ongoing series from a major publisher with a female lead is something that we’ve grown more and more accustomed to, thankfully, but one lead by a 16 year old Muslim girl? Now that, my dear friends, is what I like to think of as progress.

I needn’t even say (or write) “regardless of how it reads” because the truth is that “Ms. Marvel” #1 reads incredibly well. First issues can always be tricky in trying to balance the introduction of the main character and the supporting cast to the reader with actually having things happen in the story, but Wilson treads that line very carefully. Instead of a conventional superhero fare, Wilson opts to zero in on the life of Kamala before she gets her powers. From spending time with her friends to being frustrated with her family, this issue is designed to introduced to the reader to Kamala and her frustrations with her life. Because this wouldn’t be a Marvel comics if our hero didn’t think they have a sucky life, right? While this focus on character could have lead to the issue feeling a little on the empty side, it’s Wilson’s use of dialogue that saves it from that possibility and makes it a thoroughly enjoyable read. While there are a few stilted moments and an intentionally annoying character who fulfils that role almost painfully so, it’s nothing that brings the book down.

In fact, the book starts strong and only gets progressively better to finish with one hell of a cliffhanger. This is one of the few times we’ve followed what actually happens to someone affected by the terrigenesis since “Infinity” and Wilson uses it in one of the most inventive ways imaginative. Having Kamala’s literal heroes (she writes Avengers fanfic how can you not love that?) come down from on high to pep talk her through her funk is perhaps the best moment of the issue. Not only because of Wilson’s writing, but also because of Adrian Alphona’s artwork. Alphona’s art throughout the whole issue is simply gorgeous and creates a totally unique visual flair that the books lives and breathes in, but his rendering of the terrigenesis-induced hallucination is all at once awe-inspiring and heart-warming. It’s the kind of moment the book needed to close out strong and leave the reader needing more, pulling them into the next issue with a show-stopper of a final image.

In a time when Marvel seems to be looking to create books that have an entirely unique visual feel not just from their Distinguished Competition, but also from each series Marvel themselves publish then this one will surely stand out. Not just because of the nature of the story and the lead character, but also because of Adrian Alphona’s art. It’s hard to say whether this issue could have worked without him. His art creates a visual style that feels rooted in a pseudo-reality where Kamala’s life feels perfectly ordinary, as if she existed in our world, but where it doesn’t feel out of place when the Avengers show. He manages to marry the feeling of a photo-realistic world with the eccentricities of comic book art to create a feel for this series that is entirely of it’s own.

Ultimately, this was an incredibly strong opening issue for a series the represents a very important move on Marvel’s part. While it is possible that this issue could come close to pandering to the newly founded sub-section of comics fans found on tumblr, as a tumblr user myself I don’t see that as a bad thing. For every muscular white dude punching another muscular white that panders to the “core” comics fans, there should be another issue of this or of “Young Avengers” or of “Nova”. Because just as much as those other two titles there, Kamala’s problems feel real and genuine and relateable even to a non-Muslim and seeing her journey from that to superhero is important. It just helps that it’s written by someone with a clear love for the story she is telling and drawn by someone who can make that story look like nothing else on the shelves right now. That’s something I’ve said a lot recently, but Marvel manages to put together books that stand apart from each other visually in such a striking way that it’s hard to continually praise that.

Final Verdict: 9.1 – An incredibly strong start from a creative team chomping at the bit to make this series something special. Buy.