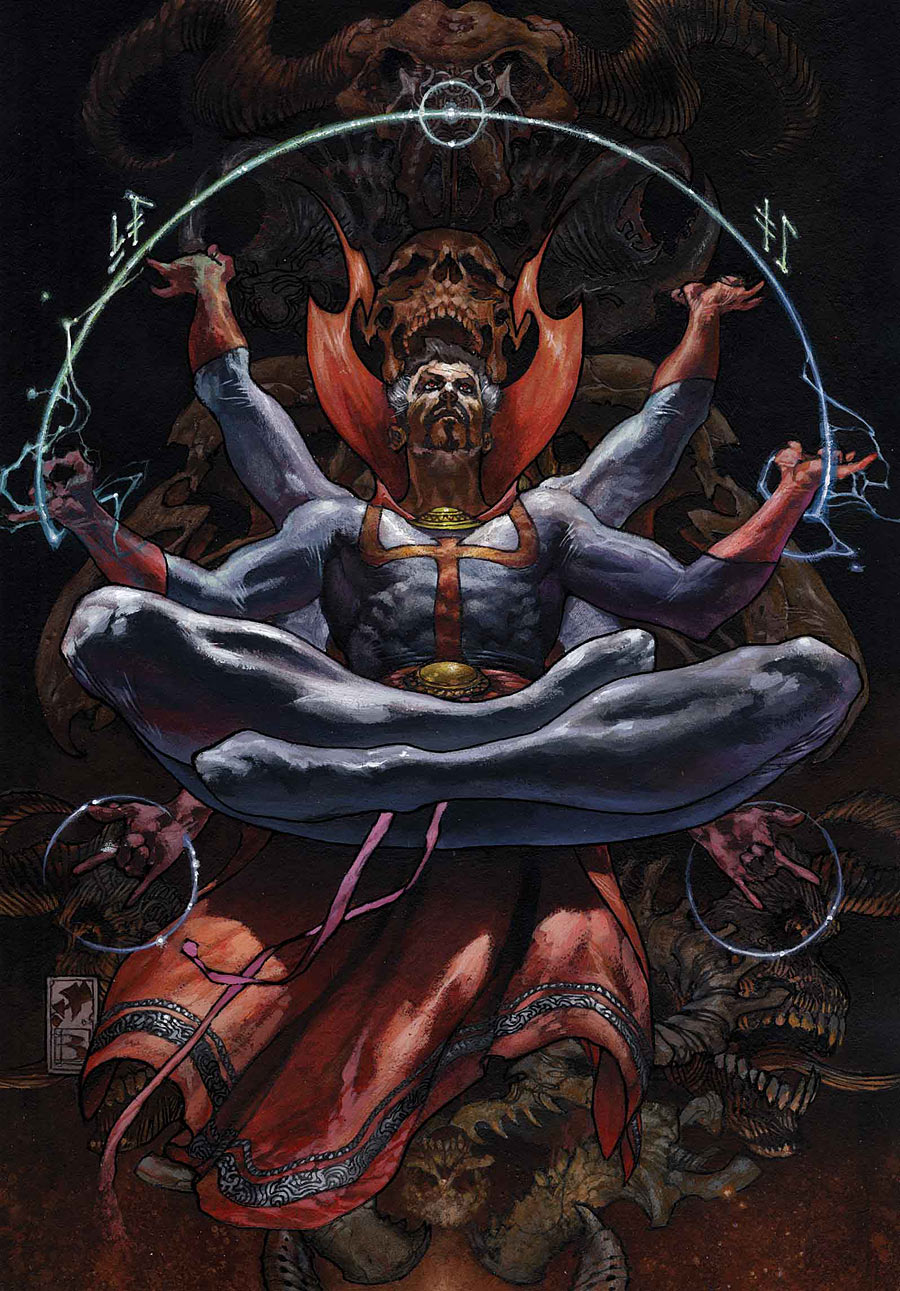 Reviews
Hickman and Bianchi’s apocalyptic superhero tale gets just a bit more… Strange! Because it focuses on Doctor Stephen Strange. We at Multiversity like to call this wordplay. We have fun here. 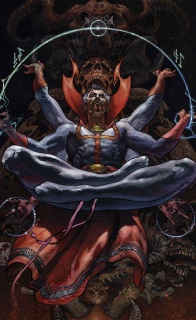 • Meet the Mapmakers, cartographers of the Apocalypse.
• Doctor Strange sells his soul.
• Reed Richards and the Illuminati rekindle an old relationship.

To this day I still find the idea behind the Marvel Now! “New Avengers” to be completely insane. Can you even imagine a series casting some of Marvel’s most popular heroes as morally dying yet powerful men conspiring to stop the destruction of the world by sacrificing other Earths? That’s crazy that such a book exists, right? If you went back ten years and told someone that was the plot of one of Marvel’s flagship books they would’ve taken their Usher pillow and suffocated you until you fell asleep. Then they’d beat you over the head with their copy of Bionicle 2: The Legend of Metru-Nui. Sorry, I only remember two things from 2004.

What I’m getting at is that “New Avengers” is one of the most innovative Big Two comics today, if only for the fact that it’s stretching morality and scope in a way not many comics have. Still, there has been a lot of untapped potential in the series, as it’s focused primarily (especially in later issues) on the hostility between Namor and Black Panther with the occasional “Infinity” tie-in to Black Bolt’s machinations while keeping a broad sweep of multiversal mythology that will probably make sense in a couple years but for right now is a sequence of semi-incomprehnsible threats given by new character Black Swan, who has essentially been the entirety of said mythos. It’s honestly been an interesting series to follow, and though it hasn’t always lived up to its promise, “New Avengers” #14 definitely amps up the stakes in what could be considered the first superhero morality play.

This issue’s split into two stories, one that definitely expands on the multiversal aspect of The Incursions that hasn’t really been given much depth. We may have been given a glimpse or two of other worlds, but they’ve seemed to almost exclusively been inhabited by Hickman’s new characters who, while interesting in some aspects, either make the idea foreign or seem like the generic kind of enemy that’s too big to deal with until someone eventually decides at an arbitrary moment in the story that they’re killable [wildly coughs in the direction of The Builders.] Similar baddies show up in this week’s “New Avengers” but they bring with their story an anchor that makes this story instantly relatable to the 616. Though there’s been glimpses of other Earths shown, they’ve always been just that: previews into other worlds that could come or go without any real consequence. Here though, we have a fully fleshed out world that could’ve been one of the alternate reality tales Marvel has laying around that reminds the readers that, yeah, these are living versions of heroes (and villains) dying due to an unknown cosmic horror.

This certainly strengthens the stakes in a series that’s been centered around getting more and more dangerous. Speaking of which, the other half of this issue focuses on Dr. Strange, the sorcerer supreme who’s been criminally neglected in this series, essentially playing the role of “Sober Dude Who’s Not Feelin’ Any of This and is Not Currently Punching Namor.” Without going into too many spoilers, his story here sets up some very interesting places for the series to go, in the form of a gruesome trip through a hellish dimension illustrated by one of my favorites, Simone Bianchi.

Bianchi’s honestly not an artist for every title. He’s less bomb and more bullet, an illustrator who works great when dealt with a very precise kind of story, like last year’s Thanos Rising which I thought could not have been done without him. Here, Binachi’s creepy otherworldly art works wonder for the hell dimension I mentioned earlier, as well as the alternate heroes that take up the other side of the story. As I said earlier, yeah they’re heroes we know, but because of Bianchi’s almost alien art, they’re not ones we can really recognize. Add to their own flexible morality and estranged situation, and they almost feel like impostors wearing our favorite characters’ skin. And when the panels revert back to the 616 Illuminati, whose aesthetic is utterly similar to the alternate team, we can’t help but feel like these heroes have become as alien as their counterparts due to the heavy burden of their sins.

But did you guys see that panel in “Loki” this week where he talked about slash fiction? Incredible!

Final Verdict: 7.2- A heavily interested browse. This is one of Marvel’s most interesting and complex books, even if some of the mythos doesn’t add up yet.