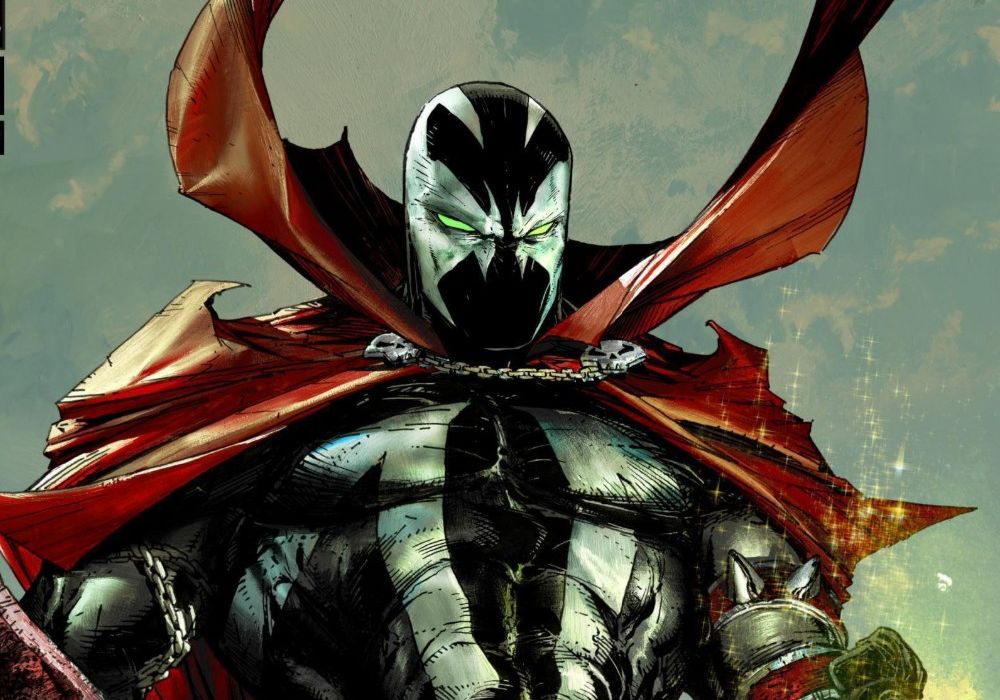 It’s an important event for an important character, so does the book itself live up to its place in comic book history? 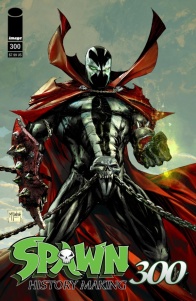 At the very end of “Spawn” #300 there’s a letter from the character’s creator, Todd McFarlane, thanking fans for over twenty-seven years of support and calling them to look forward to the future. Also, there are several pages showing the covers of each of the previous three hundred issues.

The writing on “Spawn” #300 is a mess. The most of the story comes from Spawn’s creator Todd McFarlane, who has been creating comic books long enough to know how to craft a basic story, but definitely reminds the reader why it was a good idea for McFarlane to step down from writing the comic and focus on drawing, designing, and merchandising the franchise. There is a portion of the issue that is written by Scott Snyder, who is definitely a better writer than McFarlane, but sadly gets lost in an ocean of big ideas and poor pacing.

The worst thing about the script is that doesn’t know what it wants to be. It bills itself as a sort of anthology story with a collection of creators attached to the book but tries to keep a single story running throughout the beginning. It opens with a short story about a random family that is needlessly slaughtered in order to establish what’s at stake in the story and how the fate of the world hangs in the balance, but then decides that it wants to be a personal story about Spawn himself and his personal battle against the forces of Heaven and Hell. It tries to pay tribute to Spawn’s past by bringing back several of Spawn’s most well-known villains, but then it decides to veer off into a new and completely different story by foregoing Spawn entirely and introducing a bunch of new ideas and previews for what’s in store for the franchise in the future.

Fortunately, while the writing on “Spawn” #300 may be bad and highlight many of the worst aspects of comic books in the early to mid 1990’s, the comic does have some redeeming qualities, particularly in its artwork.
It doesn’t matter which story you read, everything that made the artwork of early Image comics, and McFarlane’s work in particular, distinct and special is on full display in “Spawn” #300. The book has everything: excessive gore, hyper detailed musculature, snarling faces with lots of sharp and pointy teeth, impossible body proportions, and massive guns and blades that would be impossible to lift in the real world.

The thing is, while it’s all very much over the top and decadent, it’s very clear that a lot of hard work and passion went into each page. Each panel oozes style and the level of detail on each character is simply amazing to see. Naturally, the comic has some fine examples of Todd McFarlane’s art, and it’s a fine example of his work. Also, there’s the return of Greg Capullo, who penciled the ‘Spawn’ books for most of the 1990’s and a few years in the early 2000’s. It’s nice to see the two people who most defined the look and feel of Spawn working together again, and the passion shows.

While Capullo and McFarlane are the highlights of the issue, the other artists put in some fantastic work as well. J. Scott Campbell drops in for a six page story that has an absolutely gorgeous double page spread, Jason Shawn Alexander provides a distinct and expressionist break from the normal style of the book that highlights the horror movie nature of Spawn, and Jerome Opena takes the worst excesses of 1990’s comic art and injects a bit of believably and sanity into his portion of the artwork while still keeping what made it unique.

Final Verdict: 6.2-The individual stories are flat and boring, while the issue as a whole is jumbled and confusing. However, the artwork is fantastic and there’s a goofy sincerity to it that reminds the reader why this character has been able to last this long.