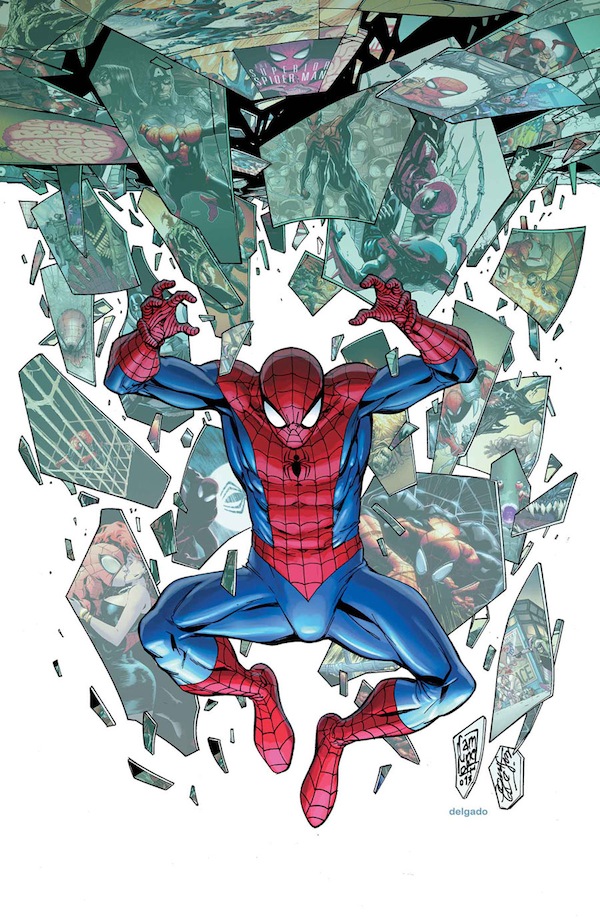 After over a year of controversy, violence, and some memorable stories, “Superior Spider-Man” finally comes to a close with #31. Read our review below to see if Slott, Gage and Camuncoli stick the landing. Get it? Like a web. Mild spoilers ahead! 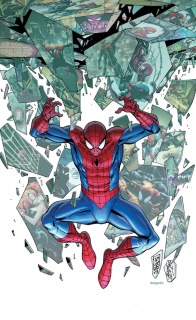 • SERIES FINALE! The end of an era! A tale of triumph and tragedy! The GREEN GOBLIN unmasked! A hero reborn! But what does this mean for OTTO OCTAVIUS?!
• There’s only one man who can save us from the Goblin Nation… PETER PARKER: The one, true SUPERIOR SPIDER-MAN!

Well. That was a hell of a ride. No really, if you go through all the prior issues of “Superior Spider-Man” in one sitting (like I may or may not have done to prep for this review) you’ll find one non-stop roller coaster. For the last year and a half or so, Dan Slott did not let up. There were world-changing stories everywhere and they all coalesce into “Superior Spider-Man” #31.

Now, as I’m sure the internet has told you at some point or another, Peter Parker makes his full return in this issue after Doc Ock took over his body for thirty or so issues, plus spin-offs and guest spots. Virtually no time is wasted in letting Peter jump back into the action and fight back against The Goblin King. With the very first line of narration, Christos Gage (doing this issue’s script) proves that even though he may have buried his psyche into the dying body of a crazed man one more tentacle away from being a walking hentai, the writer really does get Peter Parker. It’s not just the funny quips (though there’s a couple laugh-out-loud moments) or the straight moral compass which has been lacking with Otto swinging about, but the sense of Spider-Man as an underdog hero is fully restored within the first few pages. After dozens of issues with SpOck (who I will readily admit is one of my favorite characters from the past few years) it’s so refreshing to see the transition back into the Spider-Man we know and love.

However, “Superior Spider-Man” #31 is hardly a lovey dovey ode to Peter that focuses on the past. Peter has nearly no time to catch up with the events that have evolved into the “Goblin War” that’s tearing apart New York. For the most part, Spidey stories seem to have focused on singular confrontations with villains groups, fights that don’t seem to have as much stakes as some of the other conflicts in the Marvel Universe. The stakes with “Goblin War” have been raised considerably, what with the entire city being transformed into a battlefield torn apart by The Goblin King’s army. Unfortunately, not a lot of time is spent reflecting the massive damage being done to the city, with the focus being shifted to Peter taking on Green Goblin. It might be for the best as the few large fight scenes we get feature The Avengers and the art is less than stellar. Thanks to the small panels, the action feels very constricted and not as much of an all-out-war as one might think. Also, Cap’s face looks genuinely concerning at some points. Dude may wanna call a doctor.

That’s not to say Camuncoli’s a terrible artist in this issue, no when the man’s art works it works. The final battle between Spider-Man and Green Goblin is balls-the-wall crazy that kicks off with a four-panel sequence that just perfectly summarizes the relationship between the two. The look on Goblin’s face when he recognizes that Peter has finally returned is, not for nothing, my favorite panel of the week. The following battle, taking place as the sun is finally rising after an insanely long night is an exciting glider fight set against the timer of a gigantic bomb. Speaking of the sun rising, Antonio Fabela kills it with his coloring here, expertly giving a sense of time as the sky goes from night to day. Seriously, man deserves some props.

Even though the fight with Green Goblin is great, the book starts to fall apart towards the end. The identity of The Goblin King ends up being an actual surprise to some extent. He also has a master plan that sets up some intriguing consequences for Spider-Man and Spidey 2099, unfortunately it’s also completely disconnected from everything he’s been doing as The Goblin King. In fact, a lot of this issue feels rushed, including the departure of SpOck who gets an “Oh right, he died.” moment towards the end. Still, in spite of the massive leaps in logics at times, the main story of “Superior Spider-Man” is still a fun romp with an emotional punch or two that leaves a ton open for the forthcoming for the forthcoming “Amazing Spider-Man” relaunch.

The epilogue story ‘Actions Have Consequences’ is exactly what it sounds like; Peter Parker feeling some of the consequences from what Otto did in his body. Really, it’s not too groundbreaking and I have a sneaking suspicion that it was thrown in to bump up the price to $5.99, but it still offers an interesting insight into the torment Peter unwittingly brings into the lives of those who love him. Will Sliney illustrates the story, the highlight of which is his J. Jonah Jameson. Honestly there’s not to much to be said otherwise about ‘Actions Have Consequences’ but it does set up some interesting places for Carlie Cooper, Mary Jane, and Jameson who easily gets the most dramatic panel of the issue.

All in all, “Superior Spider-Man” #31 was far from perfect. If anything, it was ultimately rushed with a lot of story threads not being given enough chance to breathe or explain themselves (Seriously, what was The Goblin King’s plan aside from the one he states outright and “Mess up Spidey’s day”? They’re both solid plans but I don’t see the implied connection both plans have.) Still, in spite of all its controversy, I’m really glad that we had a story like “Superior Spider-Man.” An arc like “Goblin Nation” could never have happened without the total freedom given by Doc Ockerman and hopefully that sense of freedom and creativity will make the transition into “Amazing Spider-Man.”

Final Verdict: 7.1 – Definite Buy! if you’re already in on the series.