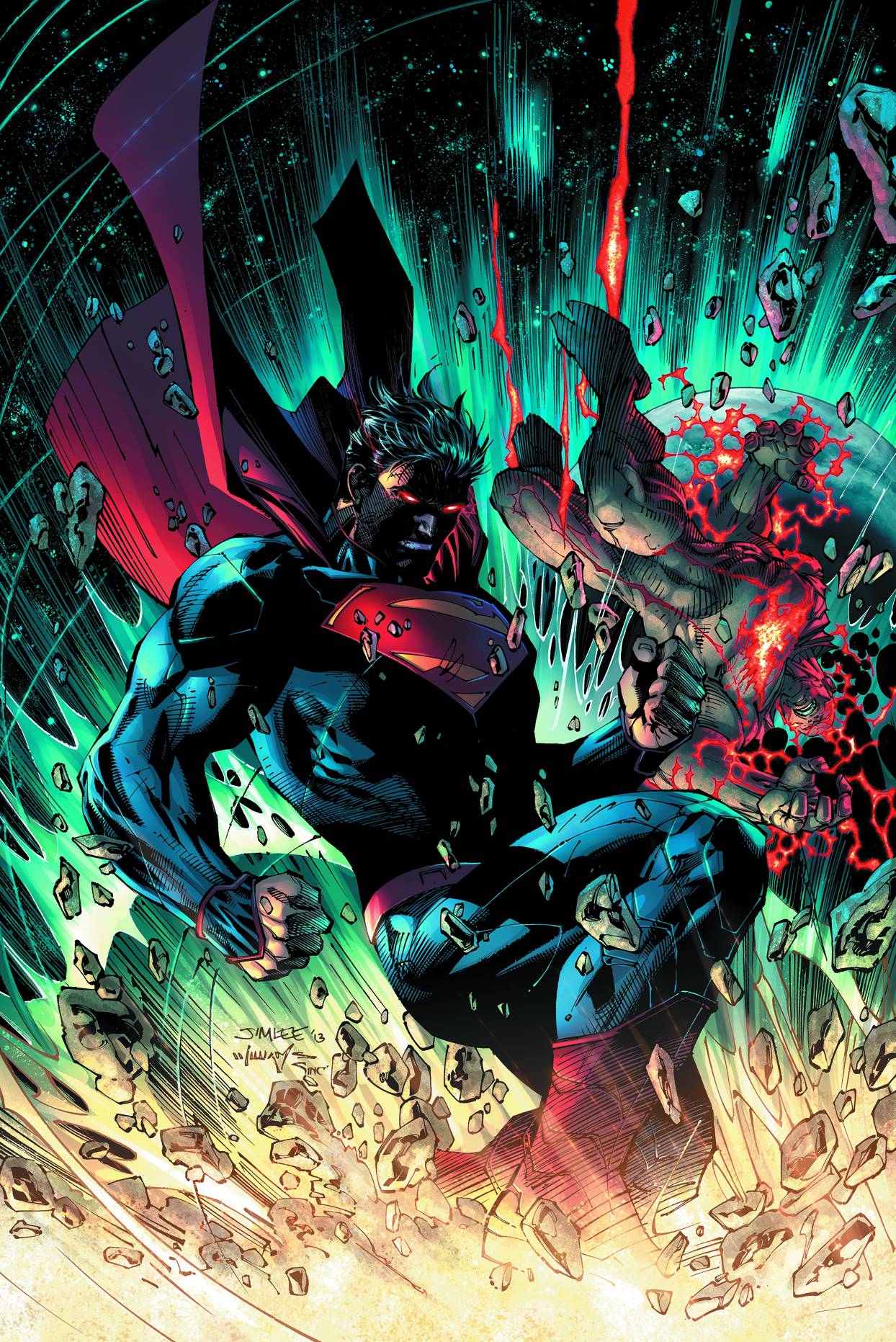 With the fate of the world at stake once again, the Man of Steel takes on hundreds of nuclear weapons and the powerful Wraith in another solid issue of “Superman Unchained”. 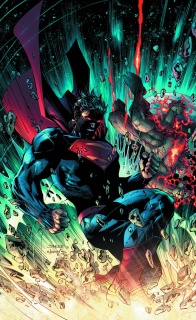 The Man of Tomorrow and the Superman of yesterday go at it—no holds barred! Supes goes full throttle after his would-be ally, Wraith, in a seismic battle ranging from deep space to the ocean’s floor and ultimately the core of the earth! Meanwhile, Lois Lane holds the key to defeating Ascension, but she needs to reach the Fortress of Solitude to ensure its safekeeping—not to mention hers! And she’s being pursued by a heavily armed force, and it isn’t Ascension!

Once upon a time, Superman was portrayed on the big screen by a man named Christopher Reeve. His suit was bright, he was clean shaven, and had never once snapped anyone’s neck. One day this Superman decided to take on a real world enemy: nuclear weapons. He rid the world of these terrible creations, but a shoestring budget, limited special effects, and public apathy doomed the resulting film, Superman IV: The Quest For Peace, to the bin of forgotten superheroes films. The idea of how Superman would deal with the deadliest weapons ever made, if he could just swoop in from the sky and save us from ourselves, has remained a very intriguing one. “Superman Unchained” from Scott Snyder and Jim Lee has tried to do something different by make the Man of Steel deal with the geopolitical ramifications of his very existence, and the latest issue tackles the nuclear threat head on.

The action packed issue opens just after the terrorist group Ascension has simultaneously launched every nuclear missile on Earth. Superman and Wraith, uneasy allies in the DC’s own War On Terror, immediately have different plans for dealing with the crisis. Superman is determined to stop all the weapons, while Wraith is only concerned for those targeting American cities. Superman calls in a few famous friends to help, while bursting through the Ascension stronghold to get to the root of the problem. Nuclear annihilation, however, is not the only enormous threat Superman will face today, and soon he will be forced to deal with the full military might of the United States of America.

What sets Scott Snyder apart from other Superman writers, is that he has never lost sight of the fact that Clark is a fleshed out character with thoughts and a personality, not just someone that super powered stuff happens to. The audience knows what Superman stands for, they known what choices he’ll make, but that doesn’t mean he has to be boring, or that he can’t be challenged. Snyder weaves in little moments throughout the issues the nod towards Superman’s nature: the menagerie of strays from forgotten worlds, his constant watch over missile silos around the world, and the way he accepts the inherent paranoia of his friend and sometimes adversary. This all points to a person who care about other people a tremendous amount, and always search for the best in them. These are of course the basic traits of Superman, but Snyder doesn’t take these qualities for granted and instead makes them an integral part of the story. He still punches things really hard, but the audience understands why.

Speaking of punching things really hard, Snyder is very wise to give Superman a victory achieved not from pure physical strength but from outsmarting his opponent. It’s quite easy to cast Batman as the brain and Superman as the brawn of the DCU, and while Batman lends a helpful assist, it’s a keen reminder that Superman actually tries to avoid violence whenever possible. “Superman Unchained” is now known as a limited series, and with only three issues remaining its becoming clear that there are a lot of storylines being crammed into the remaining pages. The Lex Luthor/Jimmy Olson subplot is completely absent in this issue, and the cameos from Batman and Wonder Woman hint at the larger DCU threatening to bust in. Snyder is a master of the interior monologue, but he choice to open the issue with Superman ruminating on a mattress commercial, instead of addressing any of the half-dozen plots going on, is just a little strange.

Jim Lee is one of the best artists working in comics today, and he can also be one of the slowest. With his famed level of intricacy and attention to detail come frequent delays, sometimes lasting for months. Now two thirds of the way through “Superman Unchained”, and even with two breaks in publishing, it’s clear that the time crunch is getting to Lee. To be clear, 95% of the artwork is as good as anything Jim Lee as ever done, but this makes the couple moments of sub-par panels stand out even more. On page four, as an example. Superman takes flight and it appears that his forearm is twice the size of his head, which could only be explained by him being in a very strange pose. Lee’s trademark heavy face lines go overboard on more than one occasion, throwing everything into an unnecessary amount of shadow. To the point where there’s one panel towards the end where Clark is supposed to have a look a stern determination, but looks more like he’s straining in a darkened bathroom.

For every lackluster moment, however, there are pages of gorgeous, iconic looking art from Jim Lee. Clark bursts through the Ascension submarine in a beautiful full page spread that makes it abundantly clear how powerful he is. And he literally punches the masks off of people, which looks super cool. The action packed issues highlights Lee’s attention to detail, as every building or object the Clark destroys is fleshed out and doesn’t dissolve into a haze a metal and debris. The menagerie in Fortress of Solitude gives the more traditionalist Lee that chance to show off his ability to render strange and unusual creatures. It’s a brief scene, but it’s so different from anything else in the series that Lee’s great art really stands out, as well as aiding in an interesting character moment.

Final Verdict: 8.0 – Buy. Buy. Despite the abundance of plot lines and a couple off kilter panels, this is still the Superman comic on the market, and with only three issues to go it’s the perfect time to catch up.