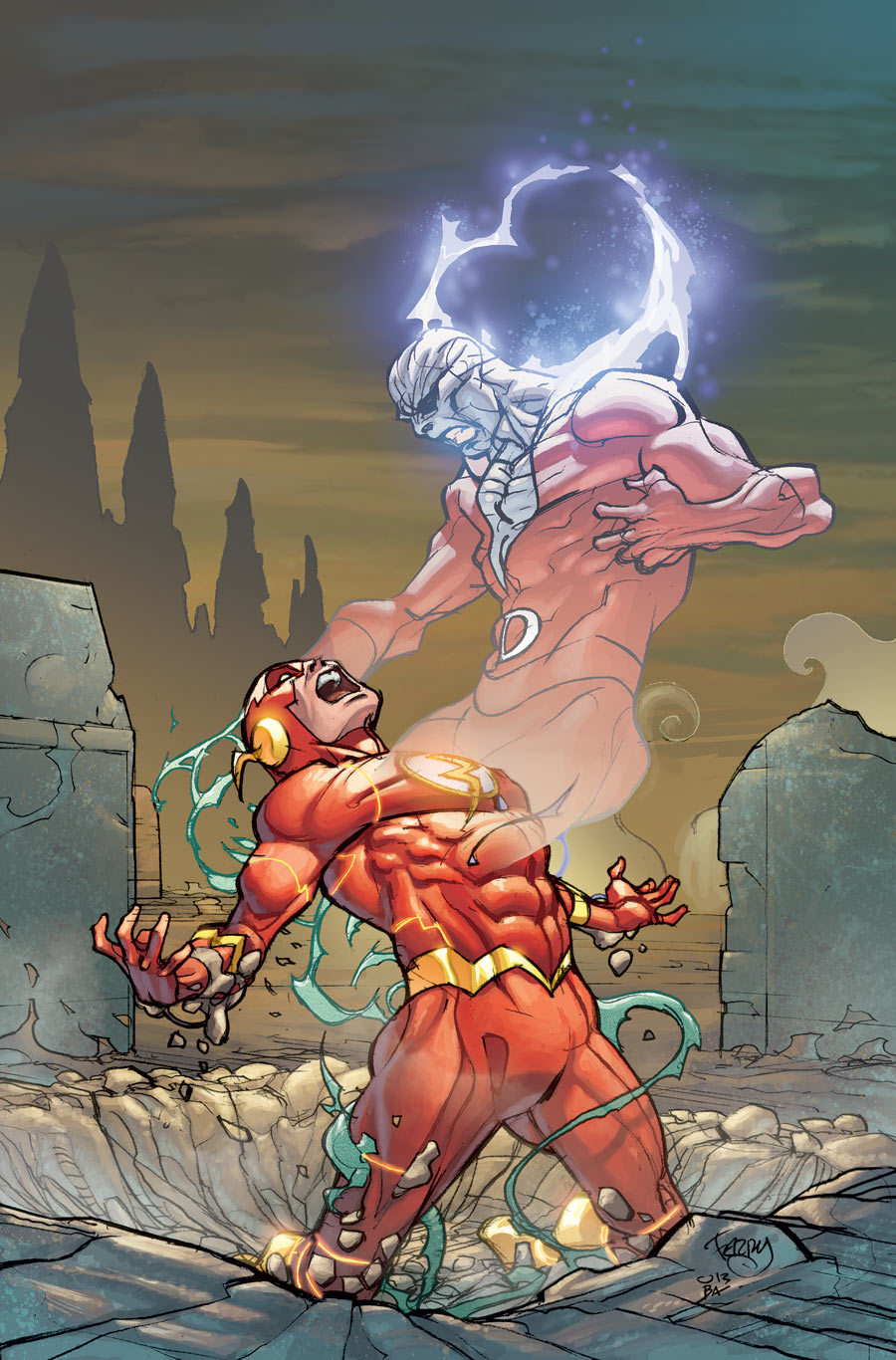 Barry Allen teams up with Deadman to take on a vengeful spirit from the past, in a perfectly standard issue of “The Flash”. 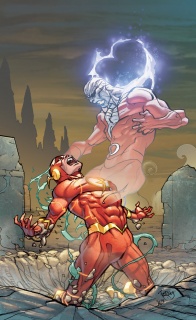 The Flash faces the final battle against the Central City killer! But will we learn the truth behind the murder of Barry Allen’s mother? Only Deadman can help solve this mystery!

Picking up as The Flash and Deadman stumble onto a heinous scene in the police crime lab, where lab director Singh is standing over his murdered colleagues holding a bloody ax. A quick, like nanoseconds, look at the security footage reveals the Singh is not the culprit, and instead his colleagues fell victim to a janitor possessed by the spirit of the Keystone Killer. Arising from beyond the grave to get revenge on the decedents of the man who murdered him, the Keystone Killer has left a trail of bodies in his wake, which has led the supernatural Deadman straight to Central City. Barry Allen now must prevent the Keystone Killer from murdering Captain Frye, the closest thing Barry has to a father, and the cost very well might be his own life.

Although issue #30 has already been solicited, so probably not. But anyway-

While Superman has made a reputation as the Man of Steel, his speedster ally Barry Allen has always been defined as a man of science. His day job as a forensic scientist for the Central City Police Department has allowed him to get close to crime scenes, and provided the opportunity to keep his mental agility nearly as fast as his legs. By pitting him against a supernatural enemy, and paired with a supernatural sidekick, writer Brian Buccellato could have turned into a tale about Barry’s word view being challenged. Wisely though, the story remains a relatively straightforward cat-and-mouse chase, as by this point Barry has experienced enough strange things in his superhero career to remain unfazed by a ghost or two. Instead much of the world shaking story tension in this issue comes from hints about Barry’s paternity and the mysteries surrounding the murder of his mother, unfortunately familiar tropes in comics that don’t go anywhere in this issue.

One of the main problems that is present in this issue is the sheer amount of exposition and interior monologue that threatens to take up entire pages at times. Yes Barry is essentially acting like a detective, and yes detectives have to work out various clues but that doesn’t mean that every little aspect of every single detail needs to be spelled out. It breaks the sacred rule of showing instead telling, and makes the pages look very cluttered. Deadman, whose brevity certainly lightens up the issue, adds virtually nothing to the plot until the very end when he functions as a borderline deus ex machina. Flash is certainly no stranger to team ups, and Barry and Hal Jordan are one of DC’s great duos, but Deadman literally runs after the Flash for most of the issue, and is not even remotely a partner in Barry’s investigation.

The saving grace of this issue is the art from Agustin Padilla, who delivers a classic looking Flash book. The lines are hard and crisp, and he avoids the temptation to draw the Flash as a confusing mass of red blurs. Even at superspeed, it’s always clear what Barry is doing and where’s he’s running to and from. There is a stand out splash page, where Barry works through the Keystone Killer’s crime lab rampage. Over a huge image of Barry speeding through the city, there are smaller panels of flashbacks to the crime rendered in a more minimalist and stylized way than the rest of the images. It’s quite visually appealing, but unfortunately this page falls victim to massive amount of exposition featured through the issue, and much of the art is completely covered in word balloons.

The Keystone Killer himself is a truly nasty looking spirit, formed of ragged skeletal remains. The showdown between the spirit and the Flash presents an interesting challenge, as a ghost and a speedster don’t lend themselves to a throwdown fist fight particularly well. Barry instead uses his wits in order to trick the spirit into attempting to possess him, and Padilla makes this non-violent scene looks thrilling and just as much of a challenge for the hero as any physical fight. A special mention should be made of colorist Matt Hollingsworth, and his use of bright reds and greens to keep the two foes separate. It would been easy for the Flash and the Keystone Killer to just blur together, but Padilla and Hollingsworth keep the action very clear and enjoyable to look at.

A new creative team will be taking over “The Flash” next month, and it’s hard not to feel like this issue is just treading water story wise. Brian Buccellato had worked with co-writer and artist Francis Manapul to produce over two dozen issue of “The Flash” that received critical and fan acclaim, but with the duo preparing to take over “Detective Comics”, it almost seems like Buccellato was drafted to fill time until the new creative time was ready. Artist Agustin Padilla does some great work, it’s just a shame that his exciting images had to be covered up with so much unnecessary exposition.

Final Verdict: 6.5 – It’s a not terrible book, it’s just a very standard one.