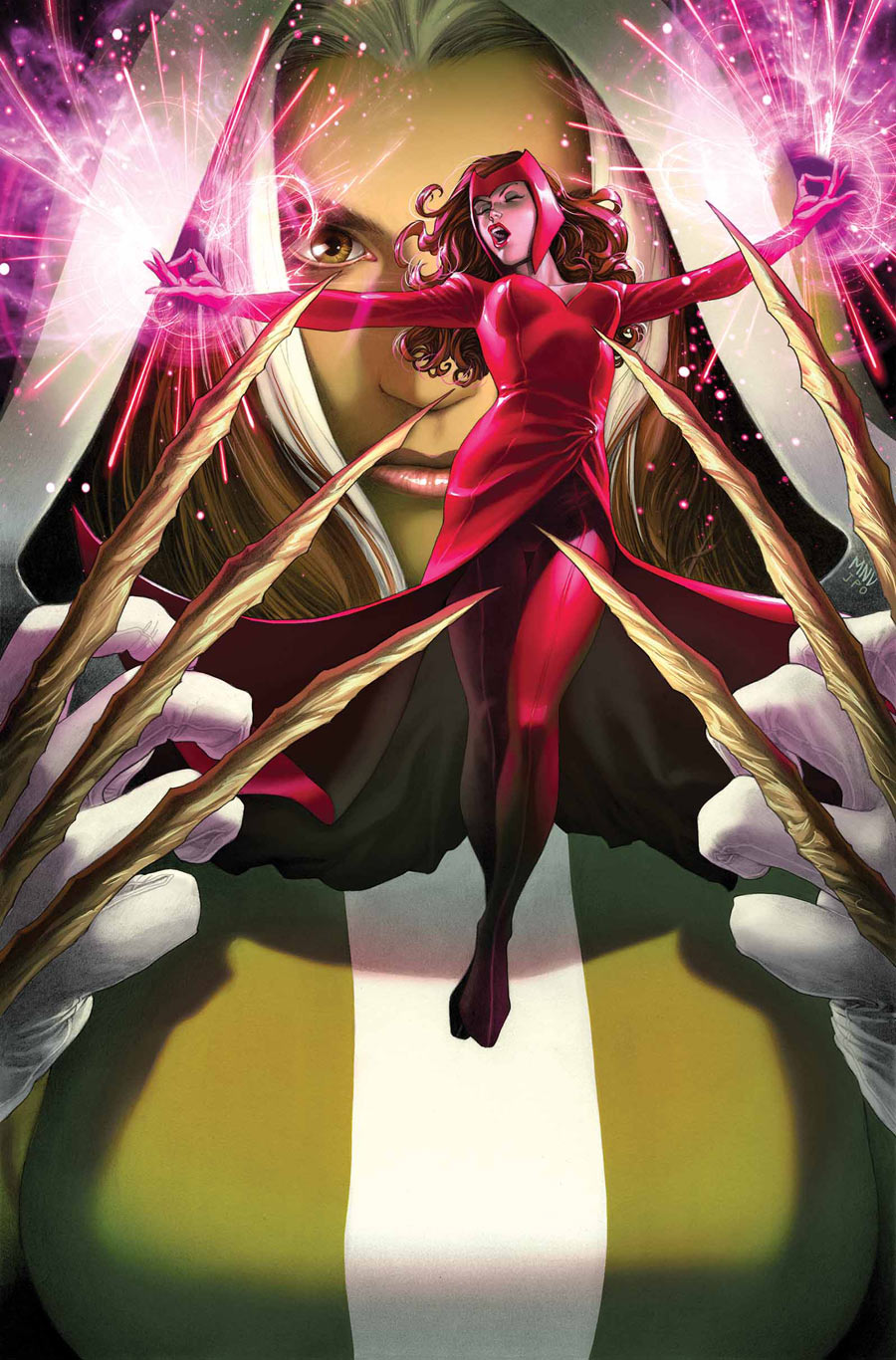 With the beginning of “Ragnarök Now!” Remender and McNiven shake up The Avengers Unity Squad! But is this change in status quo an exciting climax to a year’s worth of story, or just problematic?

Massive Spoilers Are Ahead. Due to the nature of this issue, we’ll be focusing a lot on those events. The ones you probably already heard about through reading the issue or through the internet. Reader beware! 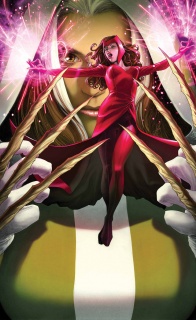 Ragnarök STARTS NOW!
LEGENDARY ARTIST STEVE MCNIVEN (CIVIL WAR, GUARDIANS OF THE GALAXY) JOINS RICK REMENDER (CAPTAIN AMERICA, UNCANNY X-FORCE) IN SHAKING THE MARVEL UNIVERSE TO ITS CORE!
How many Avengers must die to stop the Apocalypse Twins?!
Wolverine fails mankind. Daken has his revenge.
Wanda confesses her true love. Grim Reaper has his revenge.
A heart-wrenching and desperate tale of betrayal, love, revenge and sacrifice.

Well, you can’t knock Rick Remender for his scope. “Uncanny Avengers” #14 is the single most destructive issue in a series that’s been full of cosmic incidents and in-fighting. Really, with its massive scale, it should be one of Marvel’s funnest titles. You know who makes an appearance in this issue? Doom 2099. Doom 2099 shows up and says words in this comics which you’d think would cause me to hurriedly e-mail David Harper with my revised “Best of 2013” list. Though the “Apocalypse Twins” storyline may be wearing me down, I’m still sure it’ll make a much better read as a collected trade (which is hardly a bad thing.) So then why am I so upset over “Uncanny Avengers?”

The X-Men have a definitive mission statement. “Gathered together by Professor Wolverine to protect a world that fears and hates them.” They’re without any doubt a allegory for minorities, members of the LGBTQ community, and really anyone else who’s ever felt ostracized or discriminated against. This became abundantly clear in the first arc of “Uncanny Avengers” when the team was fighting a literal Nazi who set out to exterminate mutants on a genocidal scale. Even if other X-Men stories gloss over the mutant metaphor, this is one that started by flying headfirst into allegory territory. And really, this should be commended. A team that sets out to unite the X-Men and Avenger sides of Marvel while acting like “Uncanny X-Force” on an even grander, public scale? That shuold be completely awesome!

Which is why it’s a total shame the team is white men. Well, not the entire team. Out of the entire team, five members are white men, three are white women, and one is a Japanese man. For a team that’s built on diversity, that seems highly messed up. So when this issue involved The Scarlet Witch getting killed by Rogue, who thought Wanda was working with The Apocalypse Twins, naturally people got upset. How could Remender kill off one of the few non-white male characters you have? Well, it’s a culmination of everything Rogue was building towards in her adversity with Scarlet Witch. It’s just one character’s and even though it’s a violent end to someone whose character arc thus far can be summarized with me shrugging at you for three minutes an- oh wait I just turned the page and Rogue gets killed just so Wolverine can scream about how much torment he’s going through, alright that’s pretty bad but it’s not the end of the world. Oh what? The last remaining female only made it on to the team because her fashion line funded the squad? And someone in this issue laughed at the sole non-white character, implied he wasn’t good enough to handle the current situation, and then proceeded to call him “Hot Saki.”

Yeah, this is bullshit.

Before I say anything else I’d like to point out that Remender and McNiven are a very talented team. Remender’s got a knack for vast stories and the Onslaught/Kang/Apocalypse Twins story is fascinating. I said earlier that Remender’s a bit convoluted and will read much better in one read through than spread out over however many months but I really think that some aspects of it are really great. Like I said, Doom 2099. And McNiven’s doing a fantastic job on the art; his character faces are great and his dynamic art definitely amplifies the action. The last two pages are even really emotional, a beautiful end to two characters… I honestly don’t care about that much to be honest.

But all the great technical execution means nothing when the entire message that’s meant to be pushing the story forward is given no notice. It’s one thing for a regular superhero team to be full of white dudes. It’s another thing for the team whose mission statement is unity to be whiter than the newsroom from The Legend of Ron Burgundy. Yeah, this may not seem like a huge deal, characters die all the time and get brought back the next month. What’s important is how the whole message of the team has been completely lost. I’m not saying anyone’s making the conscious choice to create Marvel’s most patriarchal team but you’d think it’d cross someone’s mind after they named the team “The Avengers Unity Squad.” And if everyone comes back next month, then what’s the point? The deaths were highly publicized and it’s one thing to trick the reader but it’s another to outright lie to them. Plus, if they do come back then that’s still a largely white bro cast.

Really, Remender and McNiven are talented dudes, there’s no denying that and it just feels like the former is just more interested in telling his grand sci-fi story rather than the race/LGBTQ/religious-relations one everyone said wouldn’t get thrown out the window once Havok made a single misguided speech that apparently ended racism forever. Maybe if this were literally any other book I’d give it a pass, but out of every comic book this isn’t the one that should remind me of a Dave Matthews concert and disregarding everyone who struggles with discrimination who relates to the X-Men is really just a terrible call.

Final Verdict: 3.9 – Skip. McNiven’s art is great, Remender’s writing is fun, but this is book is too problematic for me to endorse.